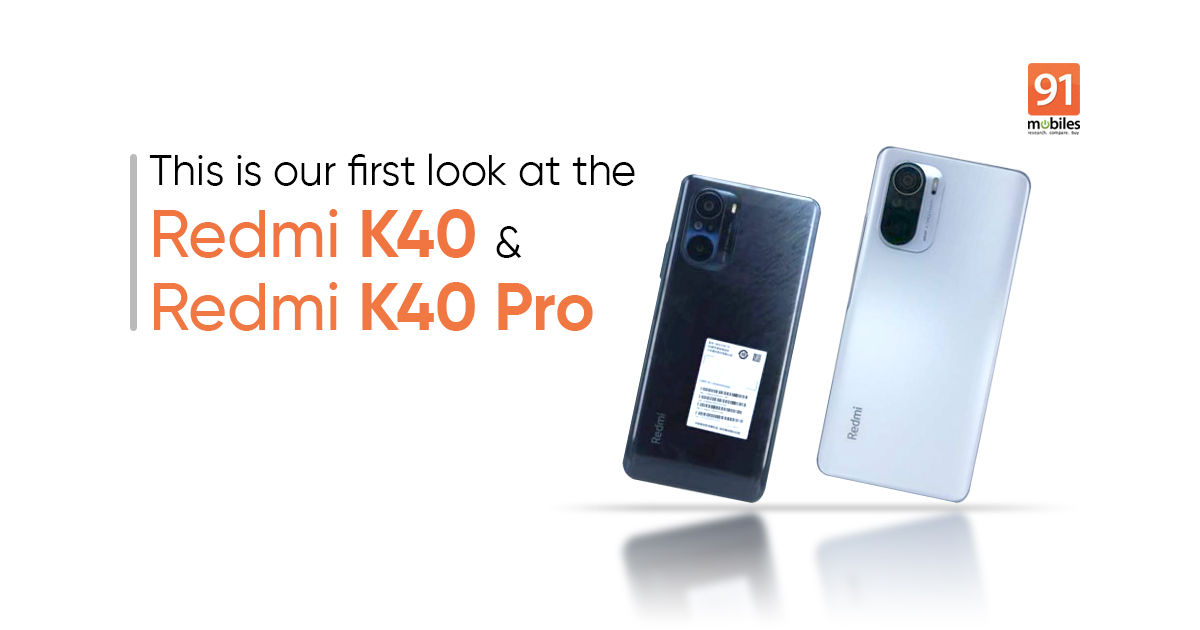 The Redmi K40 is expected to feature an FHD+ display with a 120Hz refresh rate and an LCD panel. The smartphone could be powered by the MediaTek Dimensity 1200 chipset or the Qualcomm Snapdragon 870 chipset. The phone may come with 6GB RAM and 128GB internal storage. The device should run on Android 11-based MIUI 12.5 out of the box and we expect to see 5G support as well.

Redmi K40 Pro is expected to be a more specced out version and the phone may be powered by the Qualcomm Snapdragon 888 chipset. The device may arrive with a QHD+ AMOLED display, a 120Hz refresh rate, and 256GB internal storage. The Redmi K40 Pro could tout a 108MP primary camera as well. Other Redmi K40 and K40 Pro specifications remain a mystery for now.