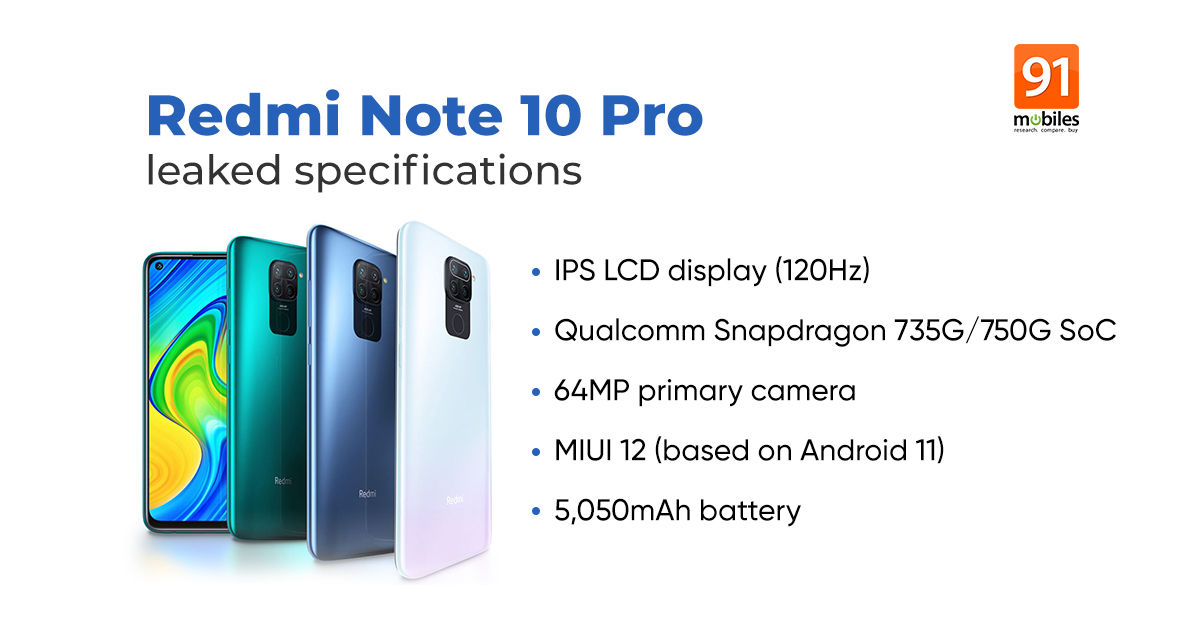 Redmi Note 10 launch could be inching close as the company’s general manager Lu Weibing has teased the series for the very first time through a Weibo post. The executive has mentioned the recently launched Redmi Note 9 series and asked fans their expectations for the upcoming Redmi Note 10 lineup. The Xiaomi sub-brand unveiled the Redmi Note 9 Pro 5G in China in November with the Qualcomm Snapdragon 750G SoC and 120Hz variable refresh rate. Weibing hasn’t revealed the Redmi Note 10 launch date just yet but 91mobiles had exclusively reported that the India launch is expected in February. 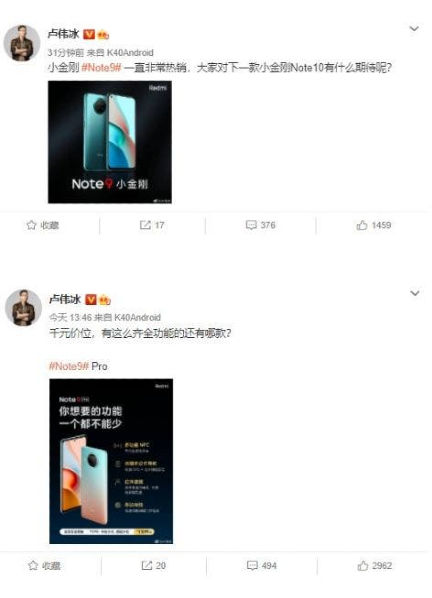 The Redmi Note 10 series has already bagged multiple certifications, including BIS, FCC, IMDA, among others. Redmi seems to have both 4G only and 5G variants of the Redmi Note 10 phones.

Redmi Note 10 Pro specifications are said to include an IPS LCD display with 120Hz refresh rate. It is said to be powered by the Qualcomm Snapdragon 735G SoC (Snapdragon 750G on the 5G variant) paired with 6GB + 64GB, 6GB + 128GB, and 8GB + 128GB RAM+storage options. The phone is likely to run on Android 11 OS with MIUI 12 custom skin on top. The global variant could come with NFC support while the same could be missed on the Indian model. The Redmi Note 10 Pro is tipped to get a 64MP primary camera that could be paired with an ultra-wide-angle, macro, and depth sensor. The phone may house a 5,050mAh battery as well.

Similarly, the vanilla Redmi Note 10 could come with an IPS LCD screen, high screen refresh rate, multiple cameras, Android 11 OS and a beefy battery. It’s also learned the Note 10 will be made available in Gray, White, and Green colours. Redmi Note 10 and Note 10 Pro are expected to be priced aggressively in India to compete with Realme. We hope to learn more learn about the Redmi Note 10 series going forward.