91mobiles.com
Home News Samsung AR glasses patent suggests a new design could be in the...
Highlights 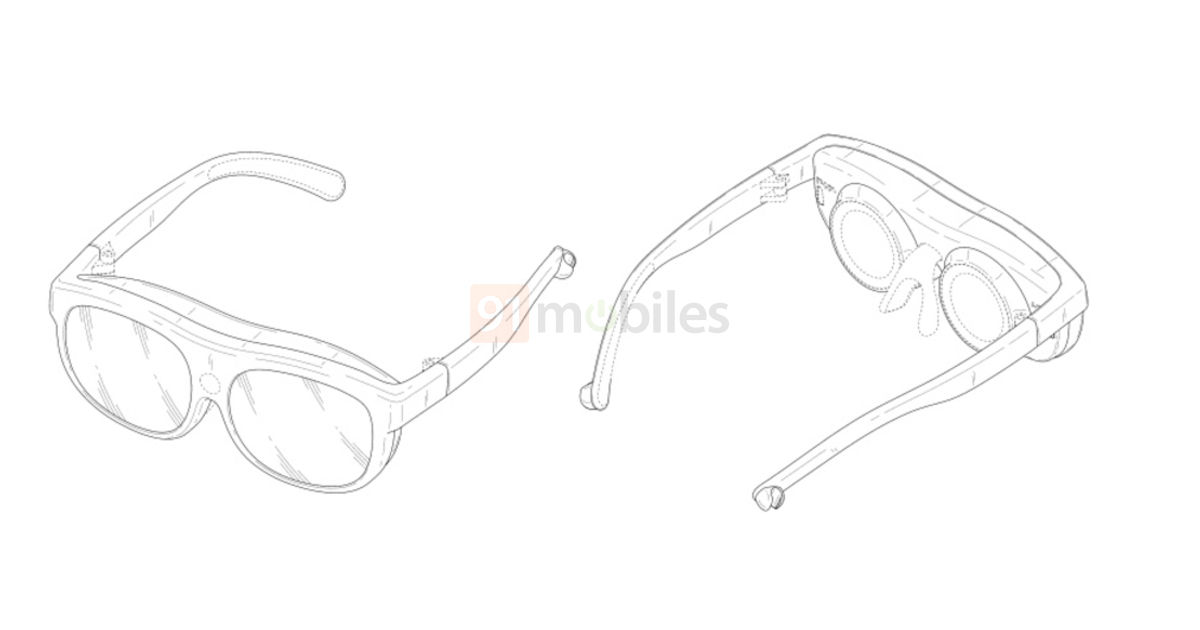 Samsung for a while has been working on AR glasses but is yet to launch a commercial product. The South Korean giant seems to have more than one variant in the development as it filed a new design patent at the World Intellectual Property Organisation, as discovered by 91mobiles. The patent description reads “head-mounted display” and was filed back in 2019 but came to light only now. The new Samsung AR glasses have a Wayfarer-like design, with two circular lenses on the front and a vertical strip above them, which is where the sensors and other components could be present. However, unlike the previous design, the new design seems to have sizeable bezels around the glass. The lenses have a circular design from the inside where the eyes rest and there seems to be a tiny circular cutout on the nose bridge, which probably could be a camera lens but can’t be said for certain. There’s also a nose rest for a comfortable fit and AR glasses are slightly angular at the end. Unfortunately, the patent doesn’t reveal the hardware specifications of the Samsung AR Glasses. It isn’t clear when the Samsung AR glasses would finally break covers but we’ll be on the lookout for more information.

Separately, Samsung Galaxy A52 5G and the Galaxy A72 were unveiled back in March this year. While the phones are already available in select markets, the South Korean giant is yet to launch them in major markets across the globe. However, that may not happen for a while as reports suggest that Samsung is facing a chipset shortage and is affecting the production of the Galaxy A52 5G and Galaxy A72. This means the launch of both phones will be delayed in a few countries. To recall, The Galaxy A52 5G ships with the Snapdragon 750G while the A72 comes with the Snapdragon 720G.