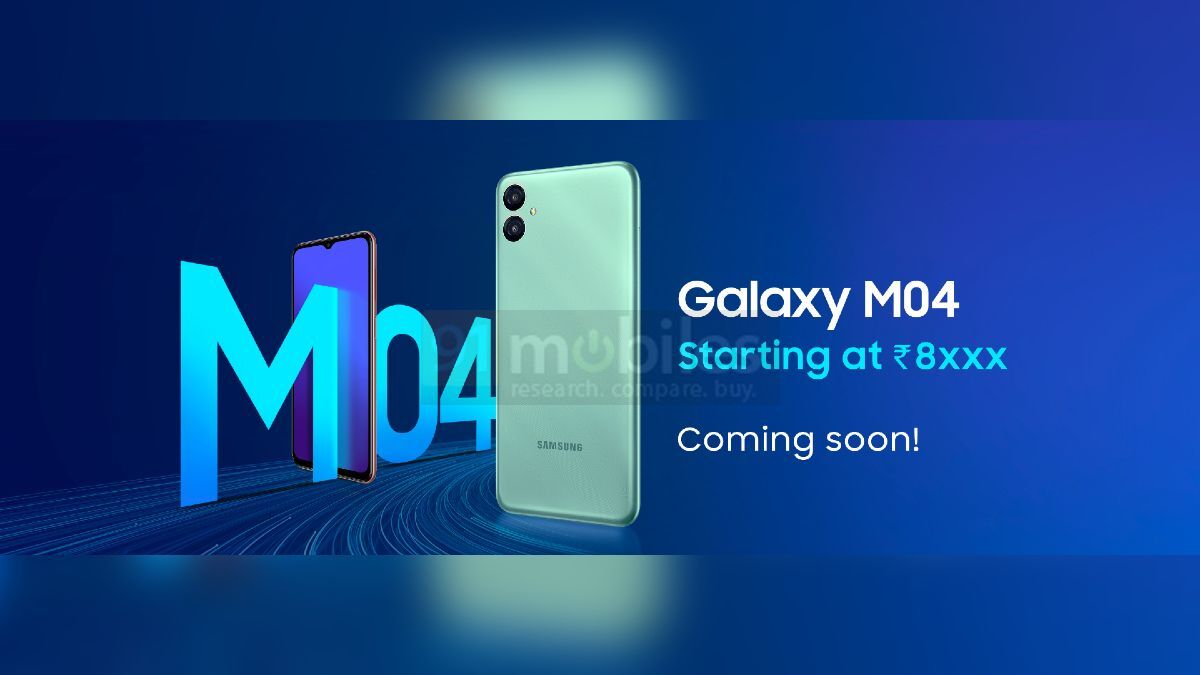 Samsung Galaxy M04 India launch will take place soon, 91mobiles has learned from industry sources. We have also managed to gather a couple of poster images, which the brand will be using to promote the phone in the coming days. One of the teaser posters confirms the upcoming Galaxy M04’s price in India will start under Rs 10,000. The exact pricing could be Rs 8,999, but we can’t confirm this just yet. The handset will be looking to take on the Realme C-series and entry-level Redmi smartphones in the country. Furthermore, the promo images also show off the design of the phone, with dual camera sensors on the back and a waterdrop notch.

Another Samsung Galaxy M04 teaser image reveals the phone would come with 8GB RAM, but we believe this could be factoring in expandable RAM. The phone can be seen in the Mint Green colour option. 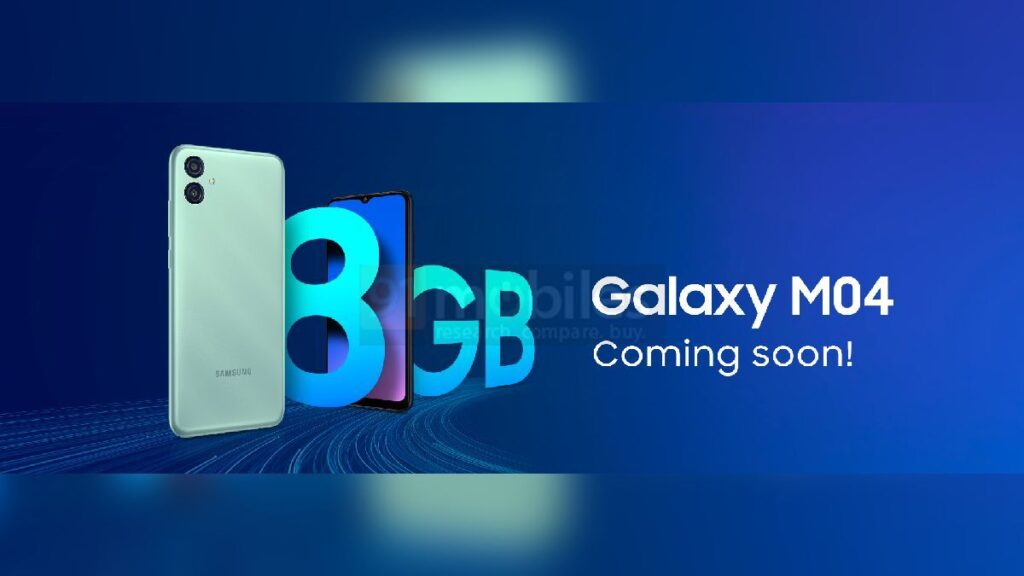 Samsung Galaxy M04 hasn’t been launched anywhere yet so the complete specifications are under wraps, for now. The handset recently appeared on the Google Play Console listing. This showed the handset would come with the model number SM-M045F/DS (dual SIM). The handset is said with an HD+ display, which could have a screen size of 6.5 inches. The handset is expected to be powered by the MediaTek Helio G35 SoC, which is seen on most entry-level phones these days.

Furthermore, the listing showed the phone will have 3GB RAM but there could be other options at launch. The Samsung Galaxy M04 is likely to boot Android 12 OS out of the box with OneUI custom skin out of the box.

The chipset will be paired with IMG PowerVR GE8320 GPU. The specifications appear to be similar to the Galaxy A04e. This means the optics could be a 13MP primary sensor and a 2MP depth shooter. There could be a 5MP snapper on the front for selfies and video chats. 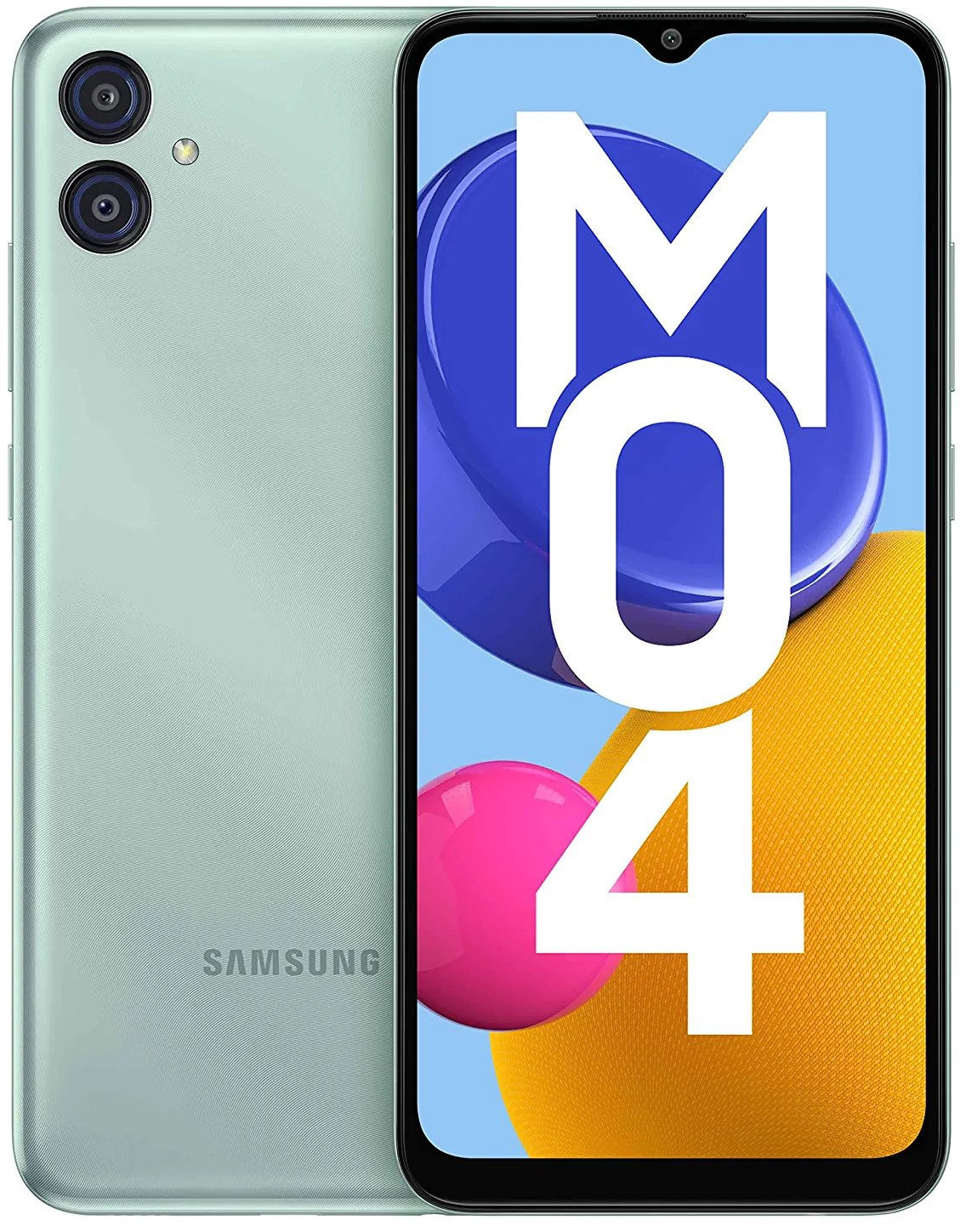 Samsung Galaxy M04 goes on sale in India: price, specifications, where to buy