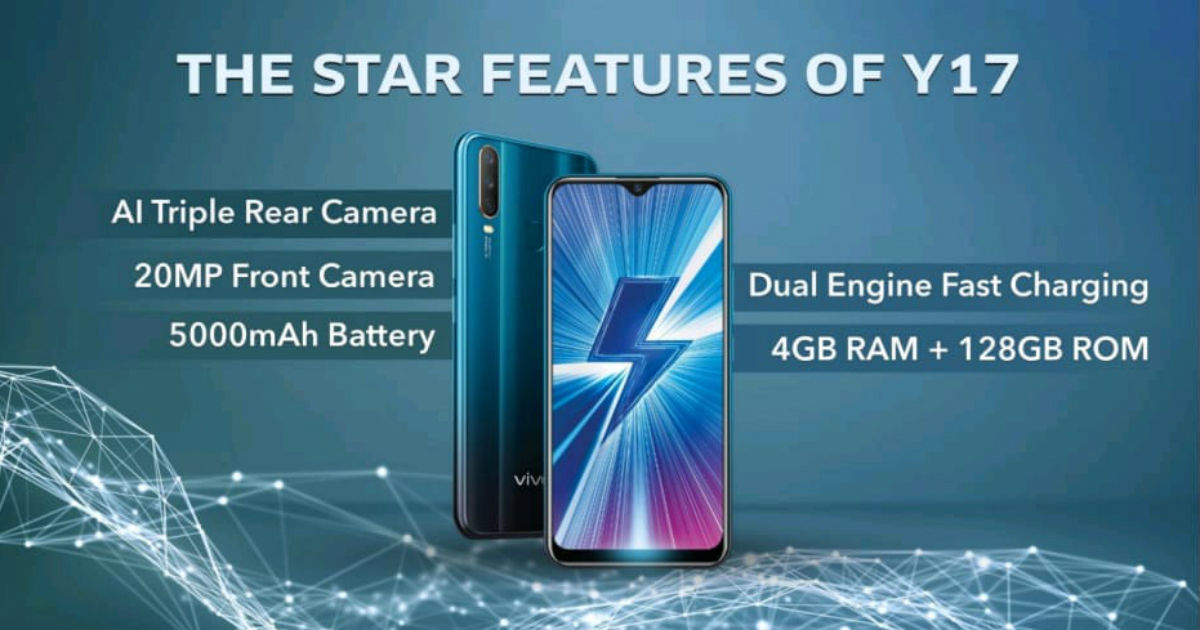 Vivo Y17, the upcoming smartphone from the Chinese brand, will be targeting the affordable segment with features such as triple rear cameras and a big battery. After we exclusively reported the key features of the Vivo Y17, we are back with more information about the smartphone. A new poster 91mobiles has gotten its hands on courtesy industry sources reveals the upcoming key Vivo Y17 specifications, including the selfie camera resolution, storage, and RAM. A separate poster has made its way online and revealed the pre-order dates of the smartphone. 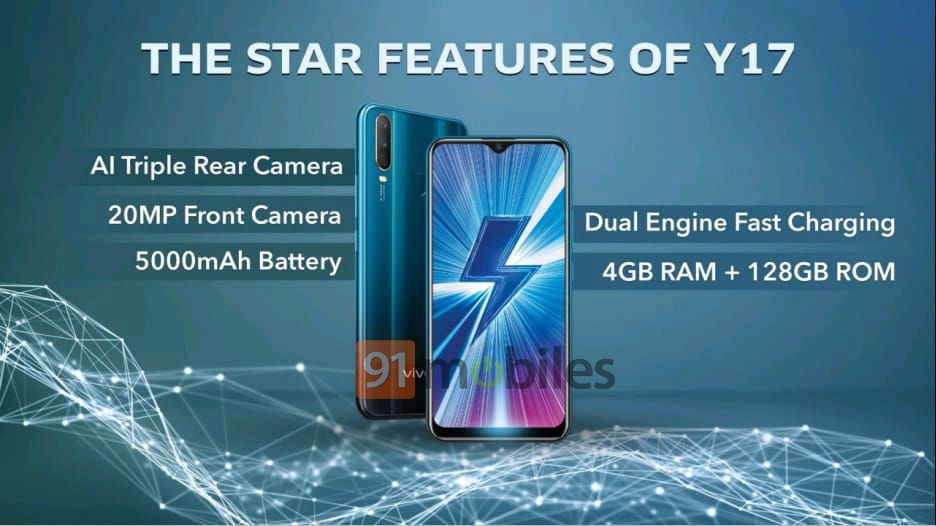 The Vivo Y17 will have a 20-megapixel selfie camera, 4GB of RAM, and 128GB internal storage, according to the poster we have sourced. It also shows the smartphone will have a 5,000mAh battery with Dual Engine fast-charging and AI triple rear cameras. We can once again see the smartphone’s design in this poster, with a waterdrop notch and thick chin on the front and triple camera module, LED flashy and fingerprint sensor on the back. The gradient finish is visible on the back panel too. 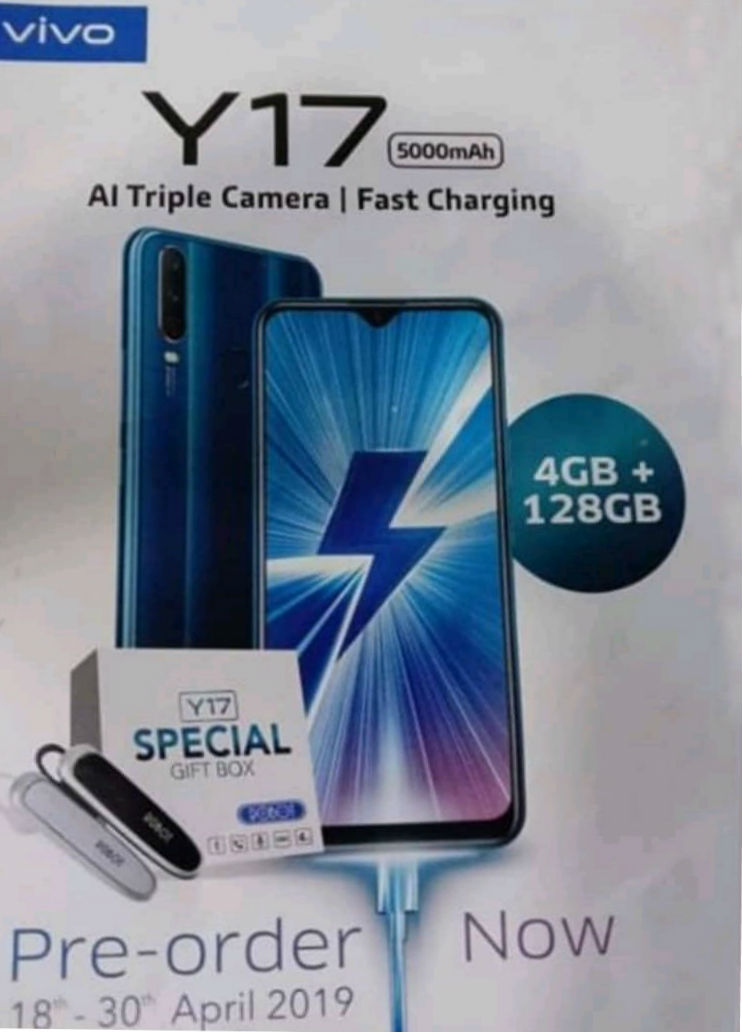 A separate poster, from Indonesia, shows the Vivo Y17 will go on pre-orders in the country on April 18th, with advance bookings ending on April 30th. The Chinese brand is also shown to be offering a free Bluetooth headset with the handset to customers who pre-order the handset. Key features such as 4GB RAM, 128GB storage, AI triple rear cameras, and 5,000mAh battery with fast-charging are also mentioned here. It remains to be seen whether the same pre-order dates and offer will be doled out in India too. According to information we have received, the Vivo Y17 India launch will be towards the end of April.

As has been reported previously, the Vivo Y17 will come with gradient finish on the back and a vertically-aligned triple-rear camera setup with LED flash and AI integration. The fascia of the device will have a 6.35-inch display, a relatively thick chin, and a waterdrop-style notch to house the selfie camera. The handset is tipped to boot Android 9 Pie with Vivo’s FunTouch skin out of the box to take care of software side of things. Lastly, the Vivo Y17 could be driven by MediaTek’s Helio P35 octa-core chipset built on TSMC’s 12nm FinFET node.

Vivo is yet to officially reveal if and when it’s planning to launch the device, which is likely to be priced at Rs 16,990.