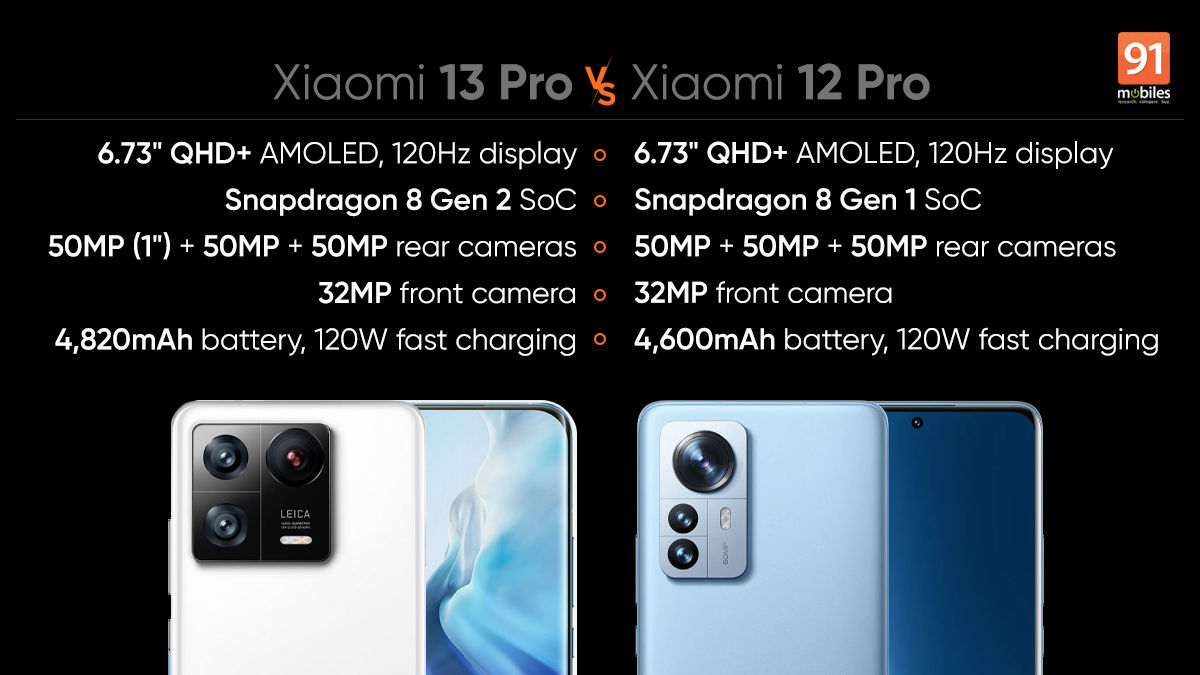 Every December, Xiaomi releases its newest flagship model like clockwork. This time, the company unveiled the Xiaomi 13 series, and in this article, we’ll be examining the Xiaomi 13 Pro in greater detail.

Comparing the Xiaomi 13 Pro with the outgoing Xiaomi 12 Pro, it’s evident Xiaomi has made some important improvements. In this comparison, we look at how the two phones differ from one another in terms of price, design, and specifications.

The company has made a small adjustment to the phone’s overall design language with the Xiaomi 13 Pro. The three sensors are neatly arranged in a squared-off camera configuration on the rear, which is the most obvious difference. With a curved front panel and 3D glass on the back, the phone still features a glass sandwich design. To give the 13 Pro a more posh vibe, Xiaomi has also released a vegan leather back cover for it.

The Xiaomi 12 Pro, in contrast, has a more rectangular rear camera module that also sticks out quite a bit because of the size of the lens. Apart from that, the phone’s back is unblemished and bears the Xiaomi logo at the bottom. 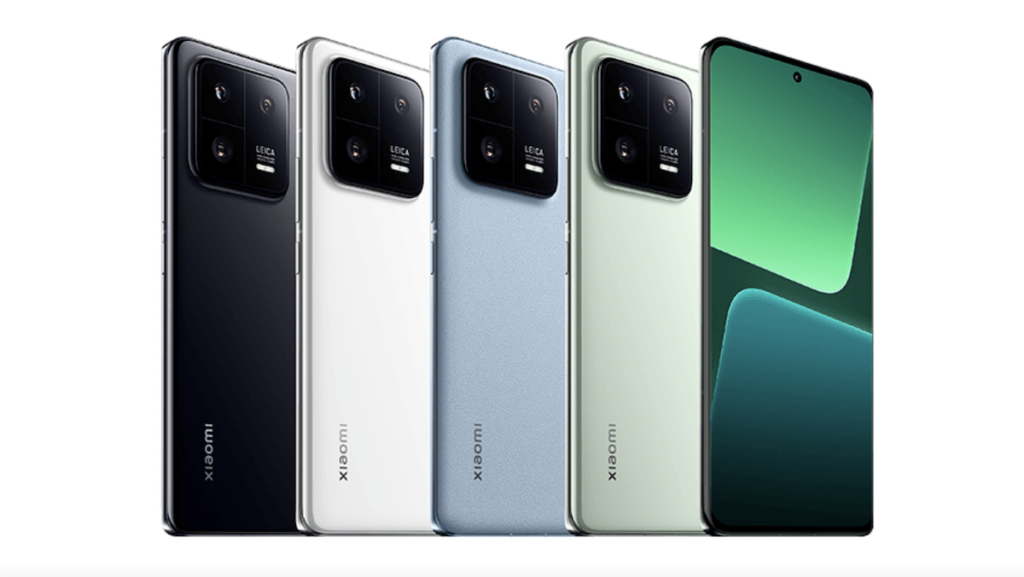 Both smartphones have the same form and arrangement of buttons. The right edge is occupied by the power and volume controls, whereas the left edge is uncluttered. The device’s SIM card slot, USB Type-C port, and speaker grill are at the bottom, while the secondary microphone and an IR blaster are on the top. The Xiaomi 12 Pro does not have an IP68 rating, which the 13 Pro now does.

On the 13 Pro, Xiaomi has maintained the same display size as the previous design. The laptop has a 6.73-inch AMOLED display with a 120Hz refresh rate and Quad HD+ resolution. The generation of the screen has changed; the company now uses an E6 AMOLED panel developed by Samsung, which achieves a class-leading 1900nits of brightness. In addition, the panel has been improved for smarter refresh rate switching by the company. Additionally certified for Dolby Vision and HDR10+ with Widevine L1 support, the device enables FHD and HDR streaming on the top OTT services.

In contrast, the Xiaomi 12 Pro has a 6.73-inch AMOLED display with a QHD+ resolution and 120Hz refresh rate. Given that it is an E5 panel, its maximum brightness is 1600 nits. The figure is still fairly acceptable, and Xiaomi has added support for Dolby Vision and HDR10+, just like the 13 Pro, allowing FHD and HDR streaming on the top OTT platforms.

The Qualcomm Snapdragon 8 Gen 2 SoC, which is a progressive step, powers the Xiaomi 13 Pro. It is Qualcomm’s newest and best offering, and it has the new ARM X3 performance core, which considerably boosts the performance of this new SoC. The device comes in a variety of SKUs; the base model has 8GB LPDDR5X RAM and 128GB of UFS3.1 storage, while the higher storage options have the most recent and faster UFS4.0 memory option. 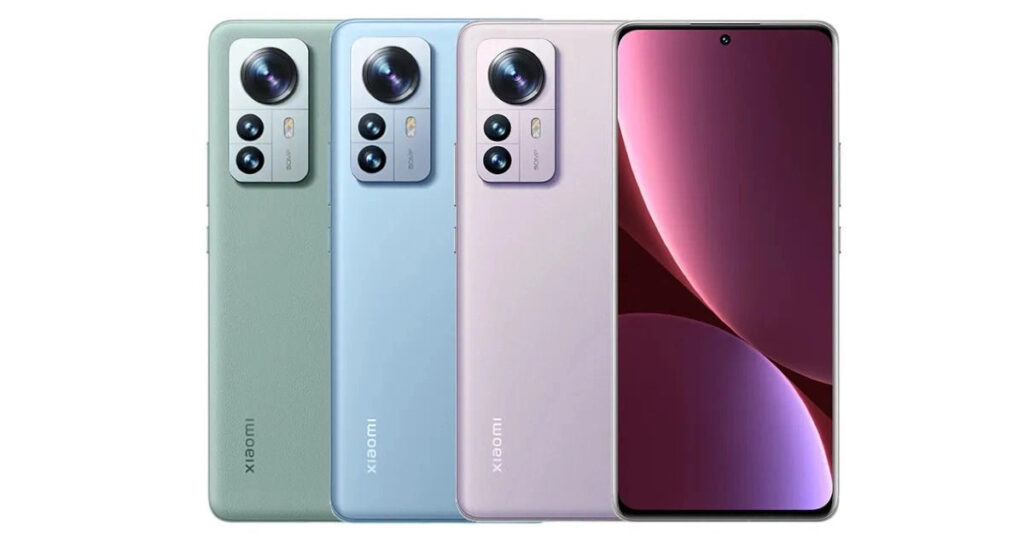 Both phones are powered by the most recent version of Android (version 13), which is then covered up with Xiaomi’s exclusive MIUI interface. In addition to the regular capabilities that come with vanilla Android, Xiaomi’s MIUI is a feature-rich skin that adds some cool new ones to the table.

Xiaomi has invested heavily in the field of optics. On the back of the Xiaomi 13 Pro, there are three cameras: a 50MP Sony IMX989 1″ primary sensor, a 50MP ultra-wide angle sensor, and a 50MP 3x telephoto sensor. The smartphone’s front camera, which is 32MP, meets all requirements for taking selfies and video calls. The 13 Pro is the second handset to be released as part of the company’s cooperation with Leica. The Leica camera magic will make its international premiere on this device in the coming weeks.

In comparison, the Xiaomi 12 Pro has a triple camera arrangement on the back that includes a custom 50MP Sony IMX707 sensor, a 50MP ultra-wide angle camera, and a 50MP 2x telephoto sensor. The smartphone has a 32MP front camera, which fulfills all requirements for selfies and video calls.