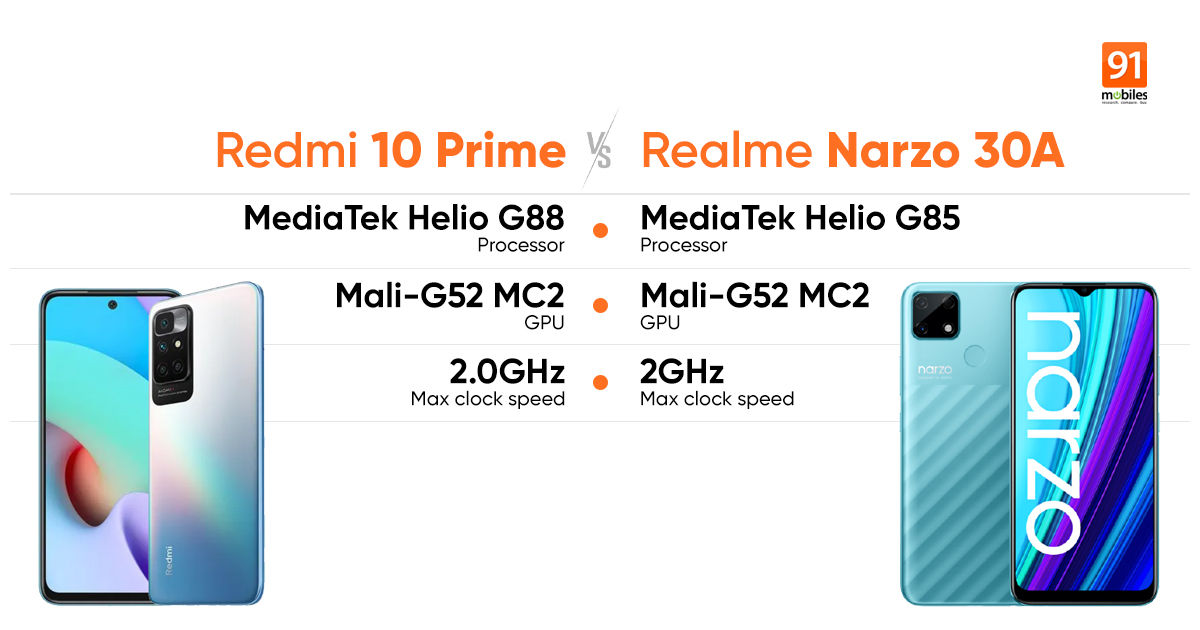 Xiaomi has just announced the latest smartphone in its Redmi series in the form of the Redmi 10 Prime. The affordable phone seems to be a successor to the Redmi 9 Prime (review), and one the devices it competes with is the Realme’s Narzo 30A (review). Xiaomi has added a number of useful features at a very budget-friendly price point, such as a 50MP primary sensor, a 6,000mAh battery, and also the new MediaTek Helio G88 chipset. With this new silicone entering the market, I thought it to be prudent to test it out against the Helio G85 present on the Narzo 30A. In this comparison let’s find out what the benchmark numbers say about the device and how they handle 30 minutes of intensive Battlegrounds Mobile India gaming. 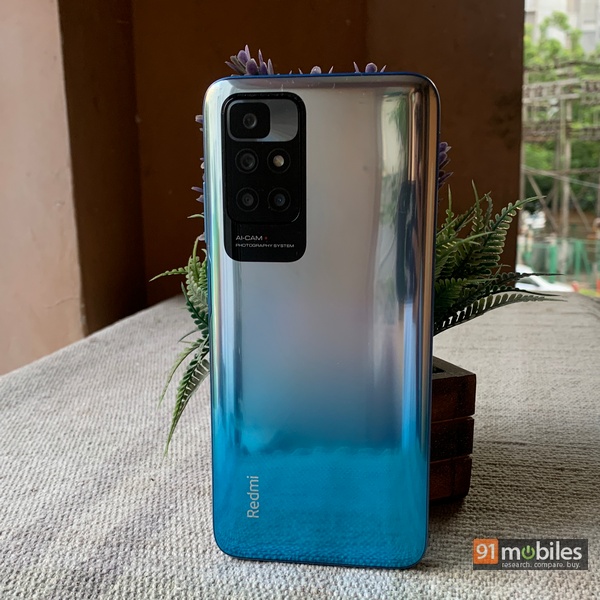 To get a quantitative metric for measuring single-core and multi-core usage, Geekbench 5 is a good option. On the face of it, both the Helio G88 and G85 run the same octa-core CPUs with two Cortex A75s and six Cortex A55s at 2GHz and 1.8GHz respectively. Running the benchmark on both the devices yielded a surprising result as the G88 powered Redmi 10 Prime actually showed slightly lower scores of 367 and 1,176 on single-core and multi-core tests. In comparison, the G85 powered Narzo 30A got scores of 382 and 1,302 respectively. Now the difference in scores is negligible but it is still interesting to know that the upgraded chipset actually has lower Geekbench 5 scores. Then again, the G88’s main upgrade included support for 90Hz screen refresh rate, which is one of the main features of the Redmi 10 Prime. Just to be absolutely sure, I ran Geekbench 5 at least five times on each device and the results were pretty much the same.

The story on Antutu is different as the benchmark takes into account the performance of the memory, UX, and GPU along with the processing prowess. On the Narzo 30A, the GPU scores were not measured for some reason but the overall score was set at 178,838. The Redmi 10 Prime’s scored 240,852. The Helio G85 powered Tecno Pova 2 (review) scored 217,659 on Antutu V9, which I believe to be a better indicator of the G85’s processing capabilities on the benchmarking platform, suggesting that the Redmi 10 Prime’s Helio G88 is slightly better overall.

Another metric of a smartphone’s performance is how well it handles daily day-to-day tasks such as app switching, watching videos, browsing through the internet, and so on. PCMark’s Work 3.0 test runs a simulation of these activities and returns a score based on it. The Redmi 10 Power got a score of 8,594 while the Realme Narzo 30a returned 8,772 which proves that both devices are equally adept at running day-to-day tasks efficiently.

Running BGMI on any smartphone is a good test of the device’s graphical handling and capabilities. The two main things to check are the highest possible graphics and frame rate options the phone can run on, and the levels of temperature gain along with battery drop seen after 30 minutes of gaming. Both phones can run the game at Ultra FR while keeping the Graphics at Smooth which achieves a constant 45fps while playing. Both devices pack in 6,000mAh batteries, which gives them the ability to last for a very long time. In 30 minutes, the Redmi 10 Power saw a total battery drain of 7 percent while the temperature gained was about 6 degrees. For the Narzo 30A this number was 7 percent with 7 degrees of temperature gain. It can be said that both phones are pretty much on equal footing as far as BGMI mobile is considered.

The Redmi 10 Prime does not offer anything significant in terms of performance gains over the Narzo 30A which is understandable since the upgrade to the Helio G88 chipset is very minor over the G85. The fact that the Redmi 10 Prime supports a 90Hz adaptive panel thanks to the G88 is a major differentiation between the two phones. I still have to fully test out the Redmi 10 Prime and its new camera sensor, so stay tuned for the full review.