If the Redmi series phones are the stars of Xiaomi’s smartphone galaxy (no pun intended), the Redmi Note has to be the one that shines the brightest. That said, while Xiaomi’s recent Redmi offerings in India have all been capable, well-priced devices, they couldn’t match rivals present in the affordable segment in the country when it came to embracing the latest trends. Enter the Redmi Note 7 Pro. The device marks a significant departure for the Redmi series, especially in terms of aesthetics and a few other aspects. Not just that, Xiaomi has made sure to spice up the latest offering and load it up with compelling photography capabilities, throwing in a chart-busting 48MP snapper to attract more buyers and thwart competition. Let’s take a closer look. 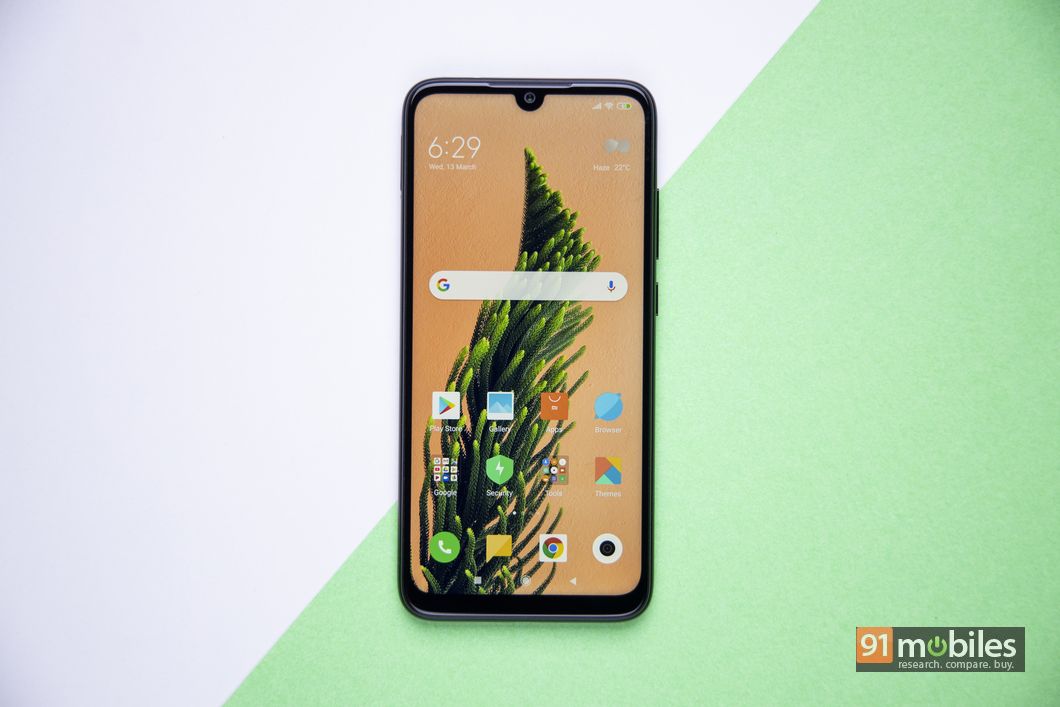 Design and display: Redmi gets a makeover

Ditching the boring metal unibody designs of yore in favour of a glass-encased body that screams premium, the Redmi Note 7 Pro ticks most boxes in terms of look and feel. While our review unit came in staid black, the device is also available in gradient-finished blue and red hues that look quite stunning. The phone can’t really be described as sleek or lightweight, and its glass body is to be blamed for that. Thankfully, layers of Gorilla Glass 5 protect it from both sides, and the device is also resistant to splashes thanks to its P2i coating. Do note that while it should be able to survive water spills, light rain etc, you’d still need to protect it from water since it doesn’t carry any IP rating. 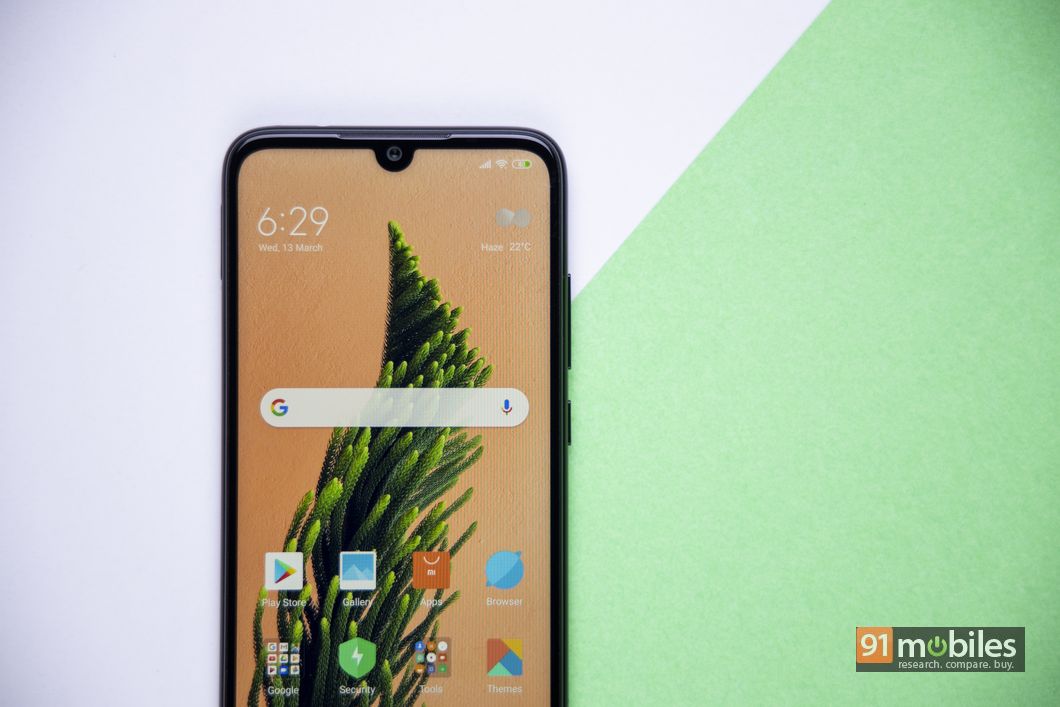 Taking centrestage is the 6.3-inch LCD display with a modern waterdrop / dewdrop / teardrop notch – though you should probably know that Xiaomi likes to call it a ‘Dot Notch’. Regardless of whatever one might refer to it as, the fact remains that it does help give the phone a rather high screen-to-body ratio and shave off the bezels.

Said notch hides the selfie snapper, and you’ll see a slit of an earpiece above it. The phone has a bit of a chin at the bottom, which even has a notification LED hidden. Port placement is standard for a Xiaomi phone, and you’ll even find an IR blaster up top. A USB Type-C port makes its presence felt at the bottom, and worth noting is the fact that the Note 7 Pro marks the first time this port has made its way to a Redmi-branded phone. Well, better late than never, as we always say. 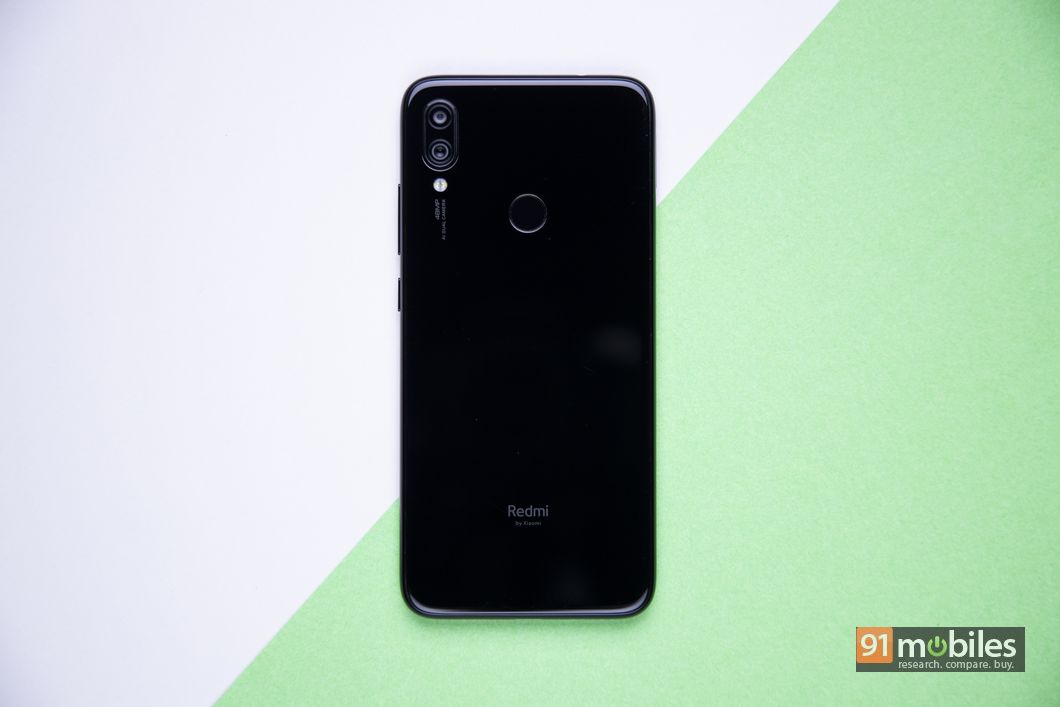 Flip to the rear, and you’ll see the protruding camera module on top right, bearing a pair of cameras. Below that is the flash and the words “48MP AI Dual Camera”. You’ll also find a circular fingerprint scanner and “Redmi by Xiaomi” branding on the phone’s posterior. The scanner works well, but since the device also offers face unlock, it’s usually more convenient to just use the latter and authenticate yourself for access to the phone.

The display is as good as it gets in this particular segment, and while it can’t match the goodness of an AMOLED display, offers crisp and vivid visuals, good viewing angles, and gets sufficiently bright for sunlight viewing.

The Redmi Note 7 Pro’s headlining feature has to be its 48-meg rear snapper. Sure, it’s not the first phone to boast such a high-resolution snapper, but it’s certainly the first one in this price segment. The handset utilises Sony’s IMX586 sensor which has proven to be very capable in a variety of shooting conditions. The key thing to note here is not that the resolution is so high, but what the sensor does with the data being captured. Using pixel binning, the sensor combines info from four pixels into one to come up with a 12MP image that should, in theory at least, offer more details and better dynamic range. The 48Mp primary sensor is paired with a 5MP depth sensor on the Redmi Note 7 Pro, and offers features like EIS, AI scene detection, Auto HDR, AI portrait, 4k video recording at 30 frames per second, and slo-mo, just to name a few. Available shooting modes include a dedicated Night mode as well as a Pro mode, along with a Portrait mode that allows you to apply various lighting effects, both before shooting as well as later while editing. The background blur is customisable as well. 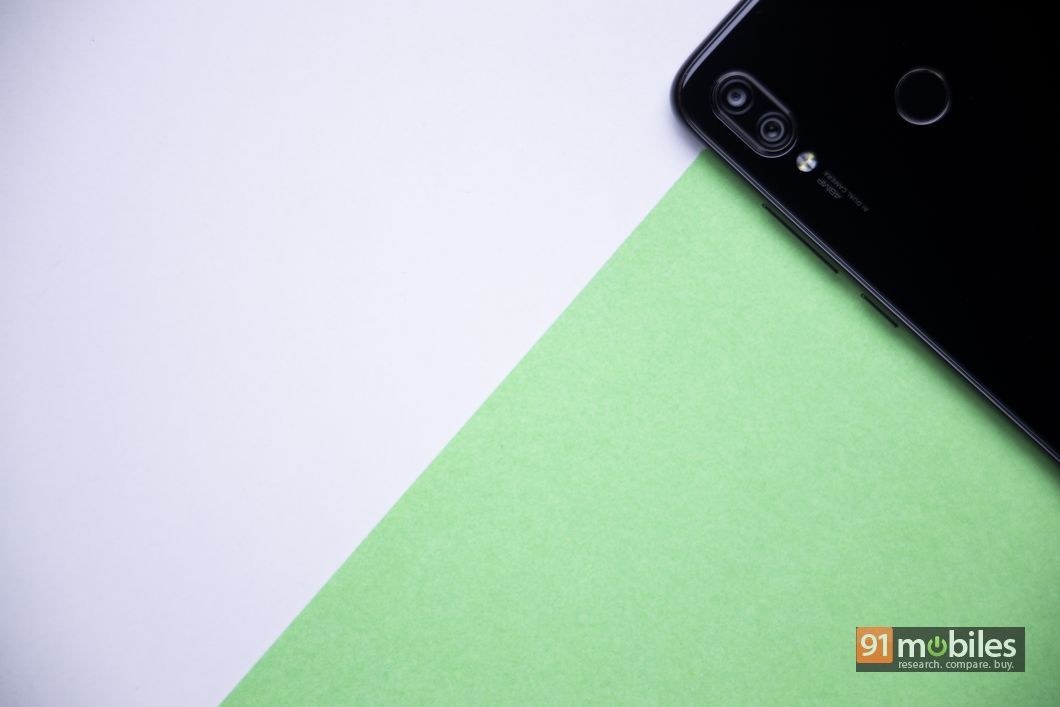 Also worth mentioning is the fact that the 48MP shooting mode needs to enabled manually if you want to shoot at that resolution, but the resulting high file sizes and losing the benefits that pixel binning offers isn’t worth it at all. That said, images shot at 48MP do allow you to zoom in much further onto an image and view more details on distant objects when the shot is magnified.

Overall, the Redmi Note 7 Pro can shoot really well, across a variety of different shooting conditions. The images appear crisp and vibrant, and show ample dynamic range. The AI mode that’s capable of detecting and optimising settings based on the scene you’re shooting does a swell job for the most part, and while it tends to oversaturate images slightly, many would be pleased with the results. There’s a dedicated Night mode which works well too… taking usable shots in dimly-lit surroundings without adding too much noise, though understandably, the colours look a tad muted at times. Edge detection is very good on portrait shots, especially the ones shot in good lighting conditions, and the various effects that can be applied both while shooting and later, can be used to give these shots a cool, creative look. The 13MP front snapper is not slouch either, and for the most part, users should be pleased with the selfies they’re able to capture with the Note 7 Pro. Overall, the Redmi Note 7 Pro offers a complete package as far as photography is concerned, and can easily be counted among the best shooters in its class.

Software: MIUI with some quirks

The MIUI-Pie combo, if we can call it that, acts as the software platform on the Redmi Note 7 Pro, and as has always been the case, remains a feature-rich, loaded interface. The usual features like Second Space (which is quite handy we might add), Dual Apps, Quick Ball, etc make an appearance, and there’s some bloatware too in the form of apps like Dailyhunt and ShareChat. Thankfully, the latter can be uninstalled to recovered precious storage space. A dedicated shortcuts pane on the left of the homescreen gives you quick access to recently-used apps, favourite contacts etc, and even lets you book Ola cabs directly. This page can be customised to your liking as well.

For all its nifty features though, there are a few things that mar the usage experience on the Redmi Note 7 Pro. The first is the card-based layout that appears when you hit the recents key. While it looks good visually, it can get slightly confusing in terms of actual usage, at least till the time you get used to it. However, the biggest con is the appearance of ads, which is a bit of a turn-off. The ads can (mostly) be disabled deep within settings, but why have them in the first place?

Qualcomm’s Snapdragon 675 powers the show on the Redmi Note 7 Pro, and on our review unit, comes paired with 4 gigs of RAM and 64GB storage. The higher variant bumps it up to 6GB RAM and 128GB storage. The octa-core SD 675 is a new chipset and has proven its mettle earlier on the Vivo V15 Pro, which is a much pricier phone. Overall, performance on the Redmi Note 7 Pro is quite smooth, and even PUBG ran well on high graphics settings without stutter (for the most part). There’s some stutter visible while navigating the menus and during multitasking, and it seems Xiaomi needs to optimise the software a little bit to ensure better usage experience. 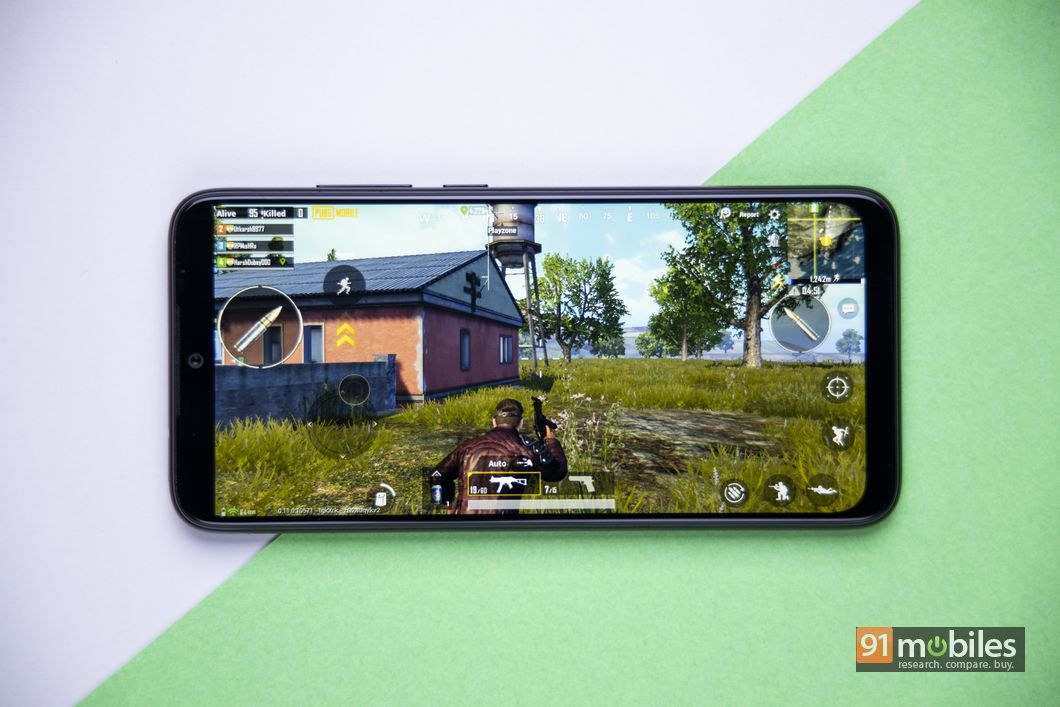 The 4,000mAh battery lasts quite long in regular usage, so no complaints there. We usually returned home with 30-35 percent juice left in the tank after a full working day, with usage comprising taking tons of pictures, using the phone as a Wi-Fi hotspot, a bit of streaming music, about an hour of Netflix and a full day of emailing and texting… with some gaming thrown in as well. The phone lasted over 17 hours in our HD video loop test, which is a very good result. The phone supports Quick Charge 4.0, but the charger included in the box doesn’t support that. You’ll need a little over 2 hours to juice up the smartphone fully using the bundled plug.

As per the findings from a recent survey we conducted online, the Rs 10k – Rs 20k price segment is the most popular among smartphone users in India currently, and that’s exactly where the Redmi Note 7 Pro sits… with its lower variant going slightly below the Rs 15k mark. This segment has quite a few powerful and notable contenders, including the ASUS ZenFone Max Pro M2 (review), and the OPPO K1 (first impressions). Plus, the upcoming Realme 3 Pro is bound to present solid competition too. However, the biggest competition is likely to come from Samsung, which has two worthy options in this class, namely the Galaxy A50 (review) and the Galaxy M30 (first impressions), both of which boast triple camera setups at the rear. While the A50 is priced a tad higher and gets things into POCO F1 (review) territory, the Galaxy M30 is priced in the same range as the Redmi Note 7 Pro. The wide-angle shooters on the M30 could very well tip the scales in its favour, as it provides really useful functionality. Plus, Samsung’s Super AMOLED displays are still the best in the business. Clearly, Samsung has gotten its act together and the coming months are likely to see strong rivalry from the top two smartphone brands in India. So while the Redmi Note 7 Pro seems to be a turning point in the brand’s journey, Xiaomi will need to pull up its socks and work hard to retain its top spot in the country. 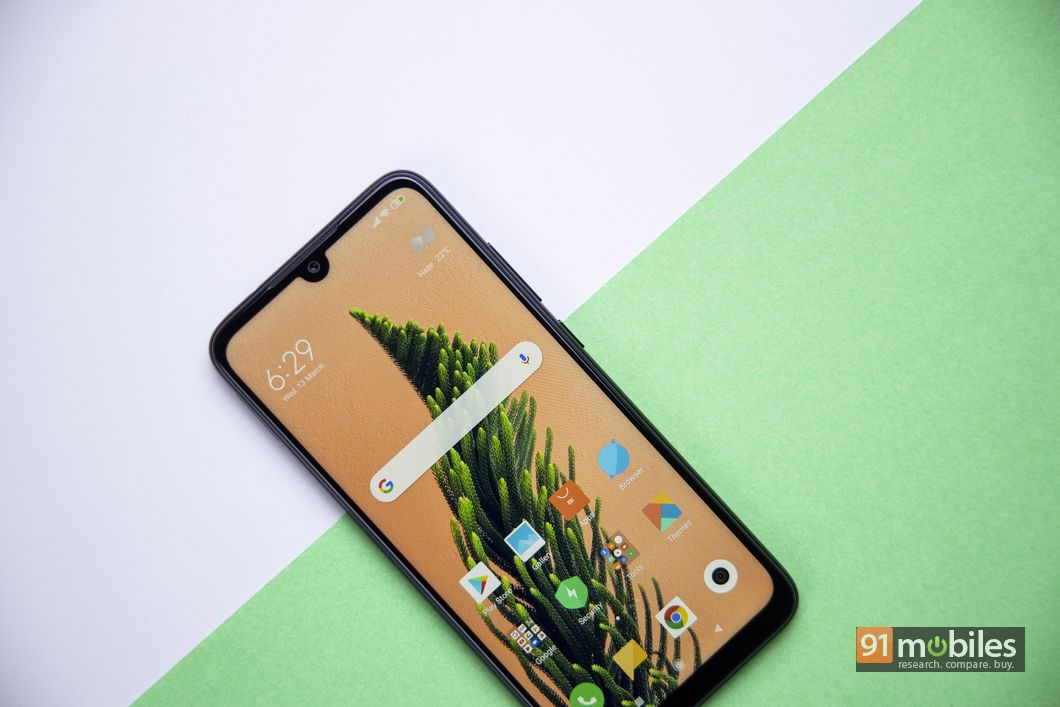 All said and done, the Redmi Note 7 has what it takes to rise above the rest and come across as a solid, compelling option. While Xiaomi has its task cut out in order to ensure it issues a few software updates to fix the niggles we reported, the device ticks most boxes – premium glass design, powerful specs, capable cameras and good battery life. The Note 7 Pro stands out as yet another VFM smartphone from the brand, and the one that deserves your hard-earned cash if you’re looking for a daily driver priced south of Rs 18k.