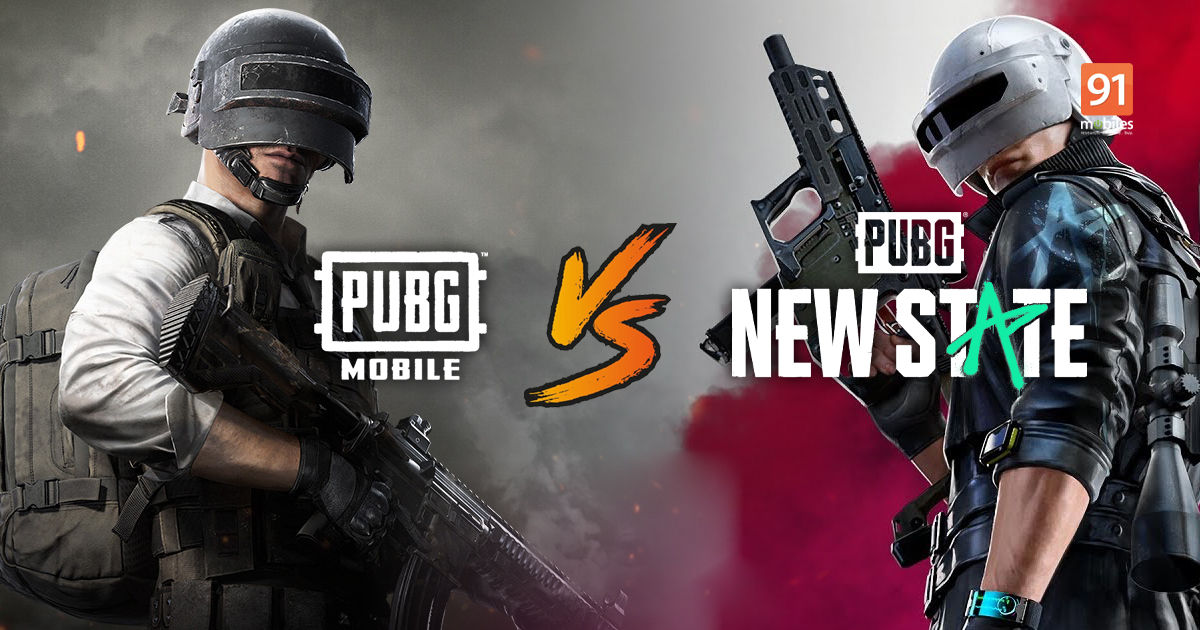 PUBG is back in India in the form of PUBG New State. While it shares the same DNA with BGMI (aka PUBG Mobile), it has some noticeable changes that make it stand apart and can be your next competitive game. The PUBG New State is available for download for all Android and iOS users in India. While all is not good since it has some nasty bugs, Krafton has promised that the issues will be fixed soon. Here’s a quick look at some of the changes in PUBG New State that will change the way you play the game.

PUBG New State comes with a brand new character setup with different facial tones and hairstyles as well as colours. You can preview the character while running and while holding the gun, as well as zoom in and zoom out. This was not available in Battleground Mobile India (BGMI).

The lobby is very similar to BGMI, but there is only one main screen. There is no separate section of store or character loadout. There are currently 4 playable maps as of now, Troi, Erangel 2051, Station (for TDM, in beta), and training ground for the training mode.

2. A new drone shop is in town

PUBG New State has a new drone shop, and you can use in-game cash to order drones with a customisation kit (more on that below), extra ammo, a flare gun or even a deployable shield similar to Fortnite. The cash can be collected similar to guns and vests or can be looted from players.

PUBG New State also has introduced a new feature to recruit your downed opponents. If you get knocked out, your opponent can ask you to join their team, recruit, and get revived. We couldn’t test this because most of the opponents gave up rather than join their enemies.

There are numerous changes in PUBG New State gameplay. There is an entire HUD style map when you jump off from the play, giving a futuristic vibe. Moreover, when you pick up a weapon, there will be a constant HUD showing you the remaining ammo, as well as whether it is in single or in burst mode.

The windows are now made of actual glass and every time you enter it will break, creating sounds that alert other players. Also, there are automatic doors that open and close in malls and automatic escalators that move up and down. New State has an onscreen button that allows you to peek around the corner and shoot. The health bar has got new colours and animations so the player can easily visualize how far he can go without healing.

After the match is over, you will see a revamped summary with a detailed timeline of when you landed, when did you defeat an enemy, and when an enemy defeated you.

The settings panel of PUBG New State has got an overhaul, with rounded corners on all buttons. There is also a new set of graphics preferences, Lite, Medium, High. Ultra and Extreme along with Frame Rate range from Low, Medium, High, Very High, Ultra, Max, and Extreme. Screen Filter options include Standard, Noir, Contrast and soft as opposed to realistic, classic colourful, soft, and movie in BGMI. You can also choose your Graphics API as OpenGL ES or Vulkan in the graphics panel. You can select any servers in New State be it South Asia, Asia, America, MENA, or Europe, which is simply not possible in BGMI.

Anti-Aliasing can be only set as on or off in contrast to BGMI where you can set it to 2X or 4X. There is an all-new gameplay tab in settings where you can Enable or disable 3D HUD, Sound Tracker, Auto Follow, etc.

Along with these, PUBG New State features additional controls in respect to Parkour, Controls, and Gyroscope. There is only a Green colour damage effect in New State available as of now. You can set your preferred language to up to 2 languages in the settings as well as during matchmaking.

There is a notable addition in PUB New State, and that is gun customization. Basically, you can order a customization kit from the drone, and this will enhance your gun, be it in increased recoil recovery, or decreased vertical recoil control. All the good old attachments are still present in the new game. There are also customized helmets that you can pick up throughout the game. There is a new scope too, giving a futuristic vibe.

Perhaps the most interesting change of all is in the vehicles. Now you can drive around in an electric car, which is futuristic and has a great sound to it. Traditional vehicles are also available, besides electric ones. You can now individually open every door of your car and use the trunk to store stuff. This can be handy if you want to gear up your teammate or exchange your items inside the vehicle.

There is also a start/stop ignition in traditional vehicles so you can turn off your vehicle if you are camping. In FPP mode, now you can actually see the player turning the steering wheel in real-time when the vehicle is turned left or right, a huge improvement compared to BGMI.

And that’s it! Even though PUBG New State is a different game than BGMI, I can’t help but notice how similar it is to the original version. So far, the gameplay experience and mechanics are pretty similar to BGMI, this could even be added as a season update in my opinion. What do you think? Let us know in the comments.