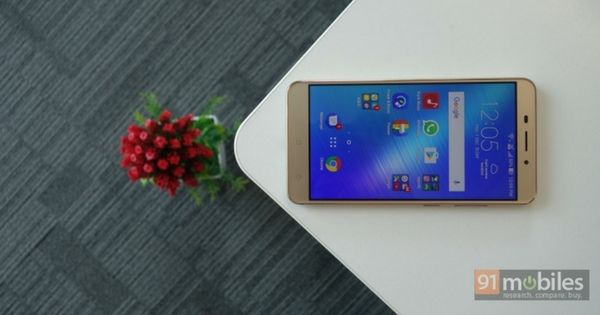 Initially better known for laptops, ASUS changed how it was perceived as a brand with the launch of its ZenFone range of smartphones. The ZenFone 2 in fact, was the world’s first smartphone with 4GB of RAM. The ZenFone series, since then, has seen its hits and misses, and one of the latest additions to the lot is the ASUS ZenFone 3 Laser. 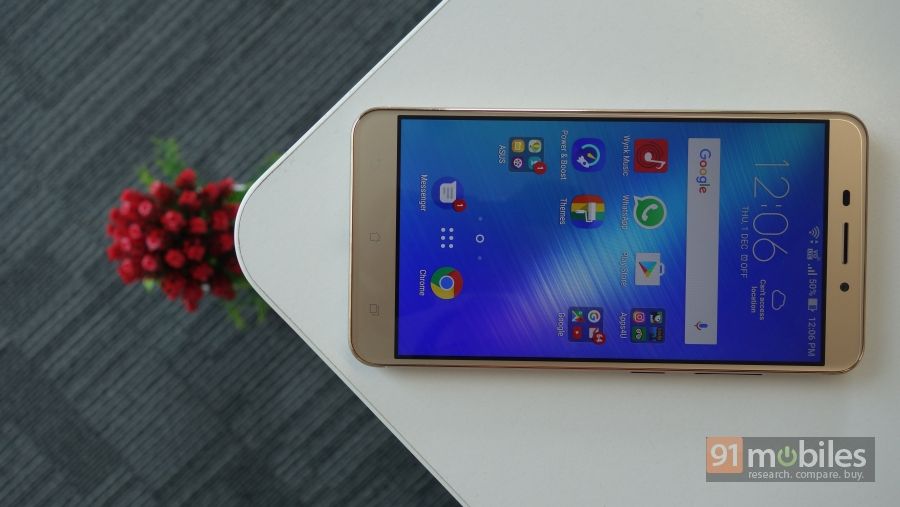 The camera-centric device gets a full HD display, 4 gigs of RAM and a 3,000mAh battery, which makes it seem like a promising package overall. We reviewed it to find out how promising it is exactly. 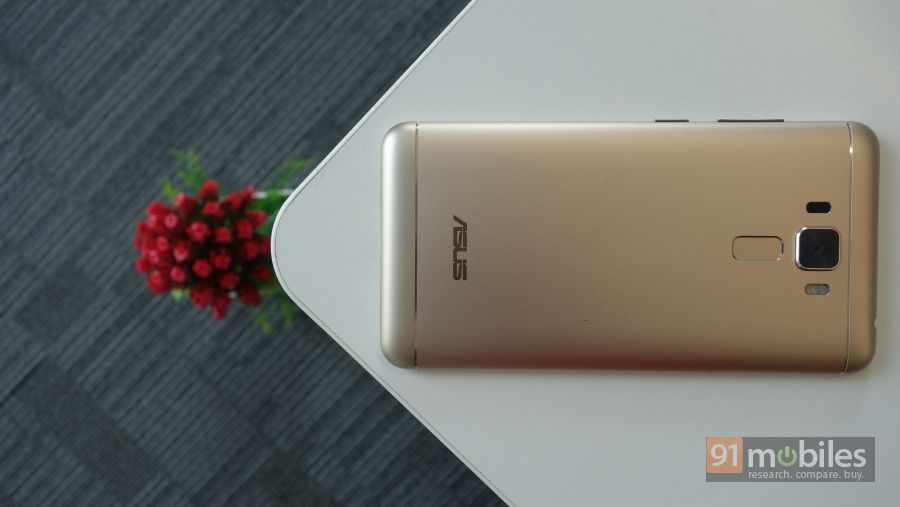 The ZenFone 3 series is a huge improvement over the chunky-looking ZenFone 2 series. The new range uses metal as the crafting material for most handsets. While you’ll find the ZenFone 3 and the ZenFone 3 Deluxe to be more of head-turners, the ZenFone 3 Laser doesn’t look half bad. We had the gold variant as our review unit and it looked nice. Most of the budget segment is crowded with similar looking smartphones with full-metal unibody design, chamfered edges and rounded corners. 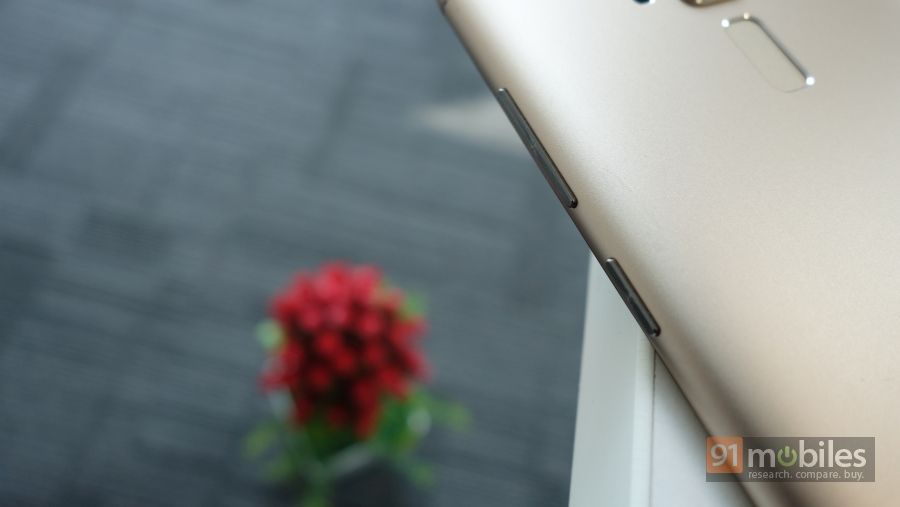 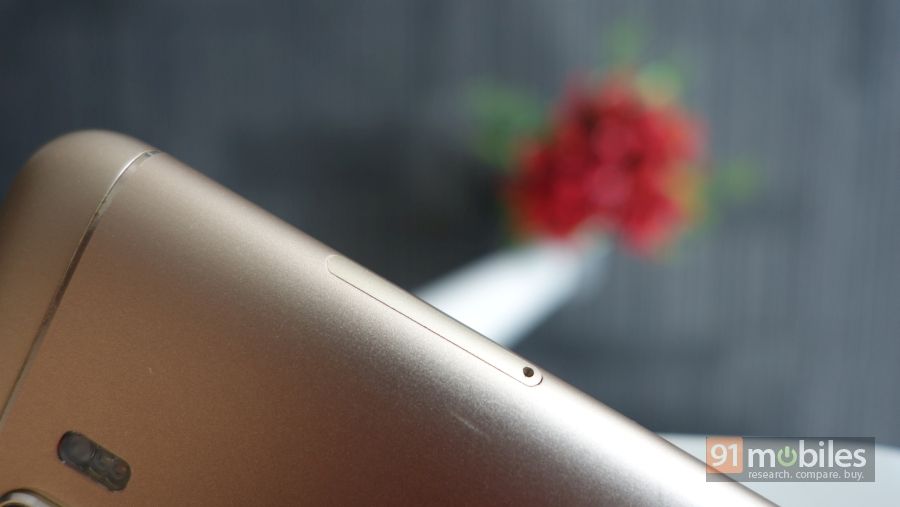 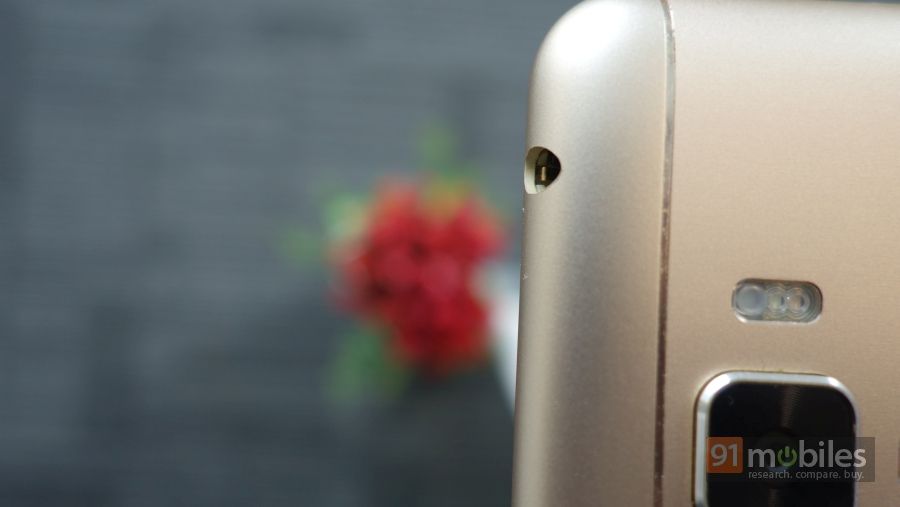 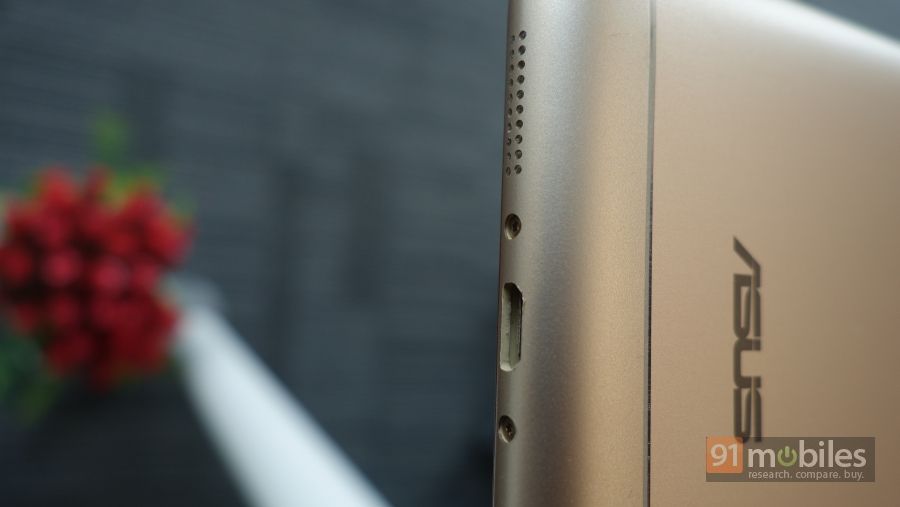 The ZenFone 3 Laser does not sport chamfered edges, which is the only thing that differentiates the smartphone from the lot in terms of design. The new Laser feels compact despite its 5.5-inch display. It fits snugly in the hands and allows you to perform most actions using one hand. The in-hand feel is great and the build quality is solid. However, due to the rounded edges and a rather smooth finish on the body, the ZenFone 3 is more slippery than you’d expect. 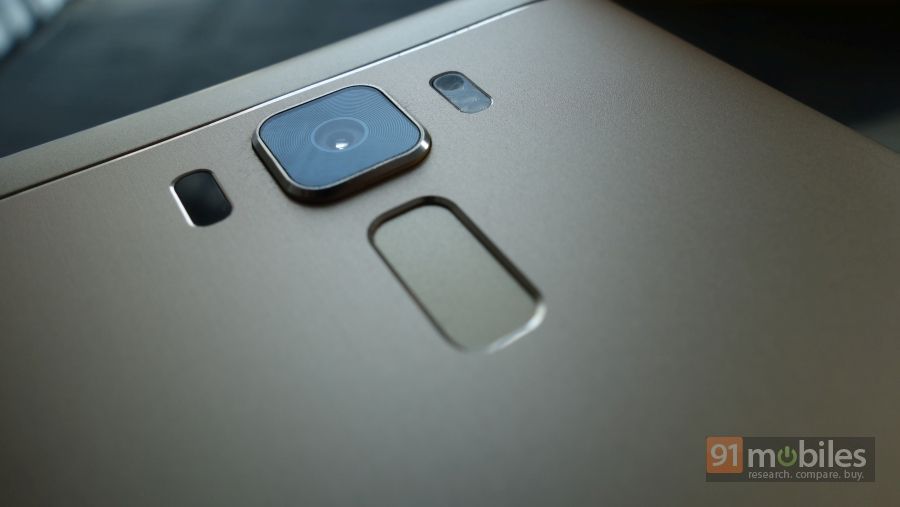 While most of the port and button placement is standard, the phone sports an unusually oblong fingerprint scanner on the back, much like the volume rocker we’ve seen on some of the older ZenFones. Despite its weird shape and a rather small surface area, the fingerprint scanner works like a charm. The slightest of touch in any orientation of the finger unlocks the phone in the blink of an eye. 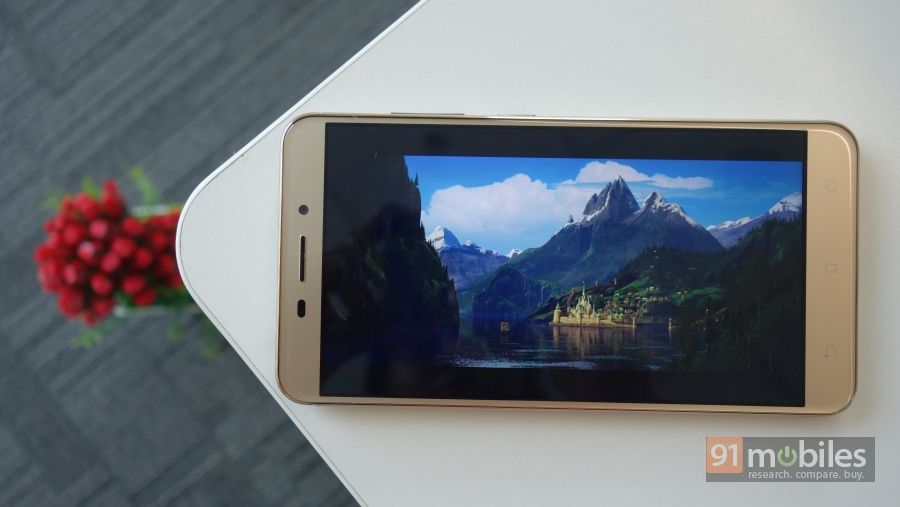 The display on the phone looks sharp, and the colours pop. The black was stunningly deep and we loved it. While we liked the colour settings as they were, everything from the temperature to the colours and the saturation, and the bluelight filter can be customised for customised viewing experience. 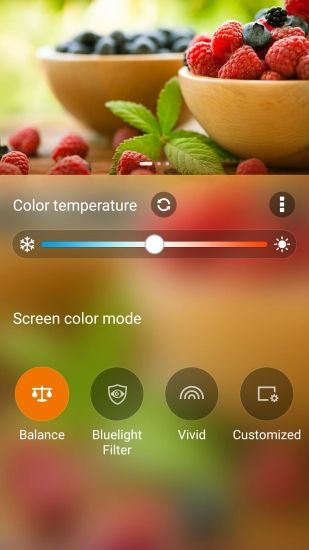 The screen brightness was impressive and we had no issues operating the screen even in the harshest of lighting. Viewing angles were good, as well. The touch response was good. Most of our interaction with the screen happened when we were using instant messaging apps on the phone, and the default keyboard on the phone, which is a part of ZenUI, seems painful to use. Despite the good touch response, the overtly loaded keyboard makes it difficult to type even the simplest of words. We suggest installing a third-party keyboard app. Swiftkey should do nicely. 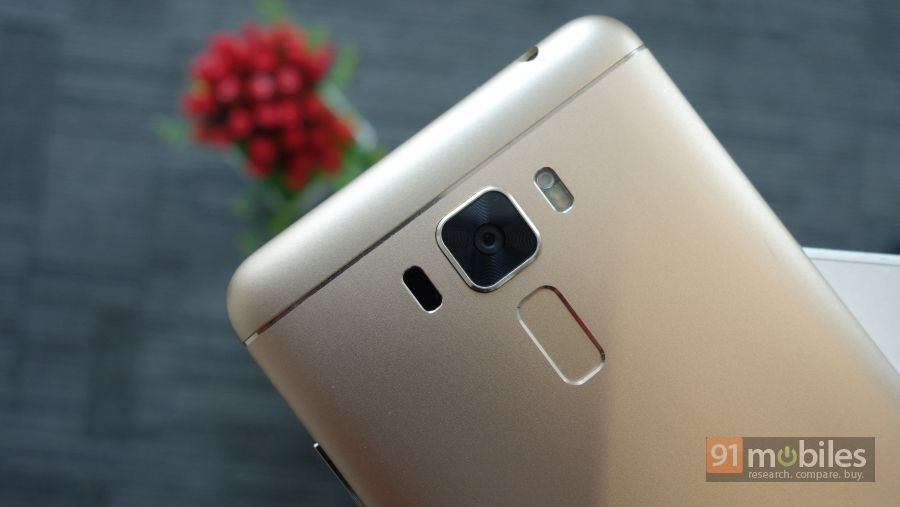 The segment where the phone is expected to ace left us with mixed feelings. The default camera app on the phone is filled to the brim with features. Most of which do not result in as drastic differences in the output as we would have liked. The shutter speed was not as impressive but the phone does focus quickly. Not as quickly as a device with laser autofocus should, but still quickly.

The primary camera works well in good lighting conditions, but so do most cameras. We expected a little more detailed images from the Laser. The colour reproduction was close to natural in most pictures. Night and macro photography is where the ZenFone 3 Laser performs extremely well, but that is all. The selfies we clicked were simply disappointing. You don’t always have bright sunlight shining down on your face and that is the only time when the phone manages to click good selfies. Below are a few pictures we clicked with the primary camera of the ZenFone 3 Laser. For a detailed look at the shooting prowess of the device check out our camera review. 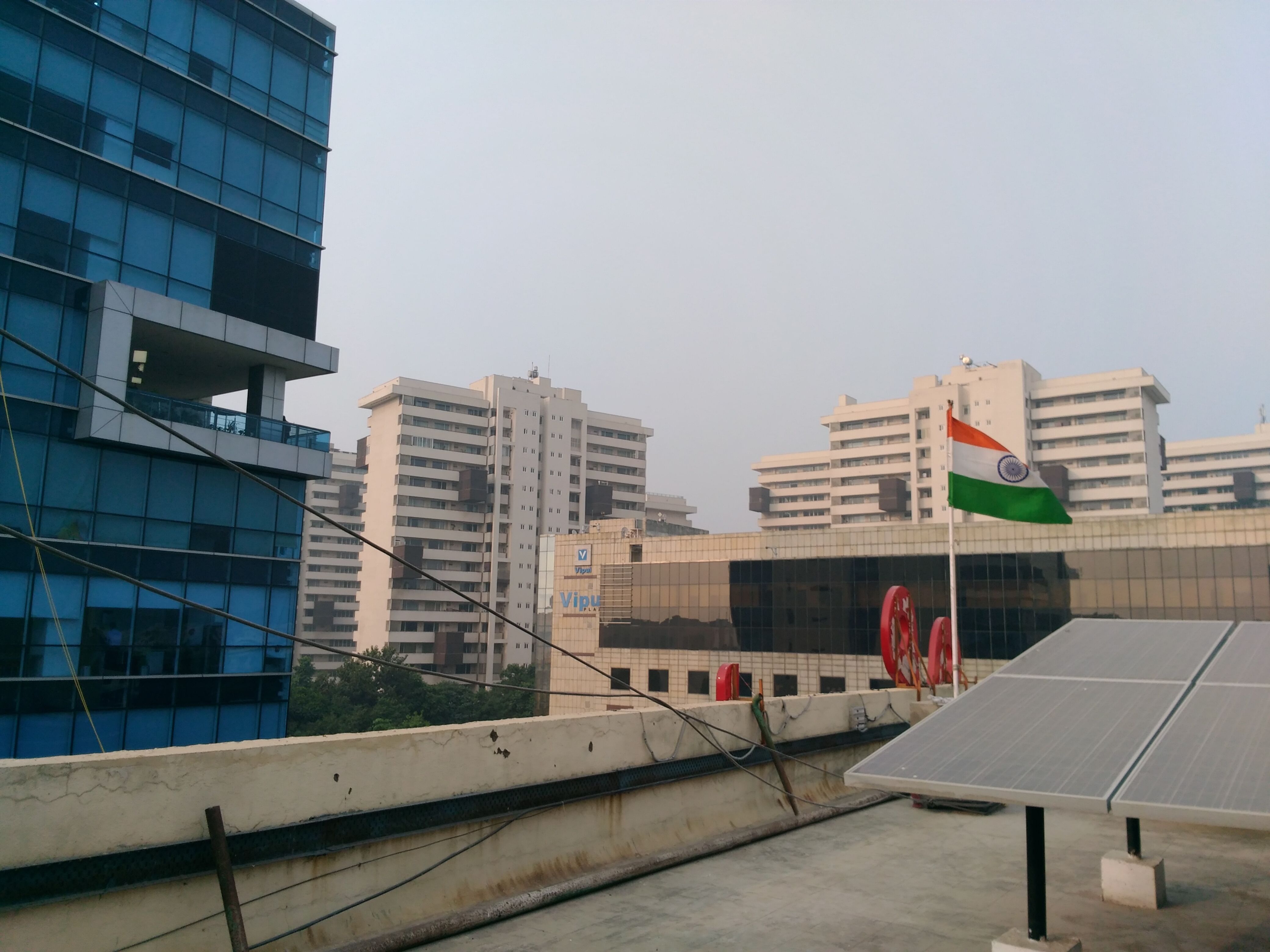 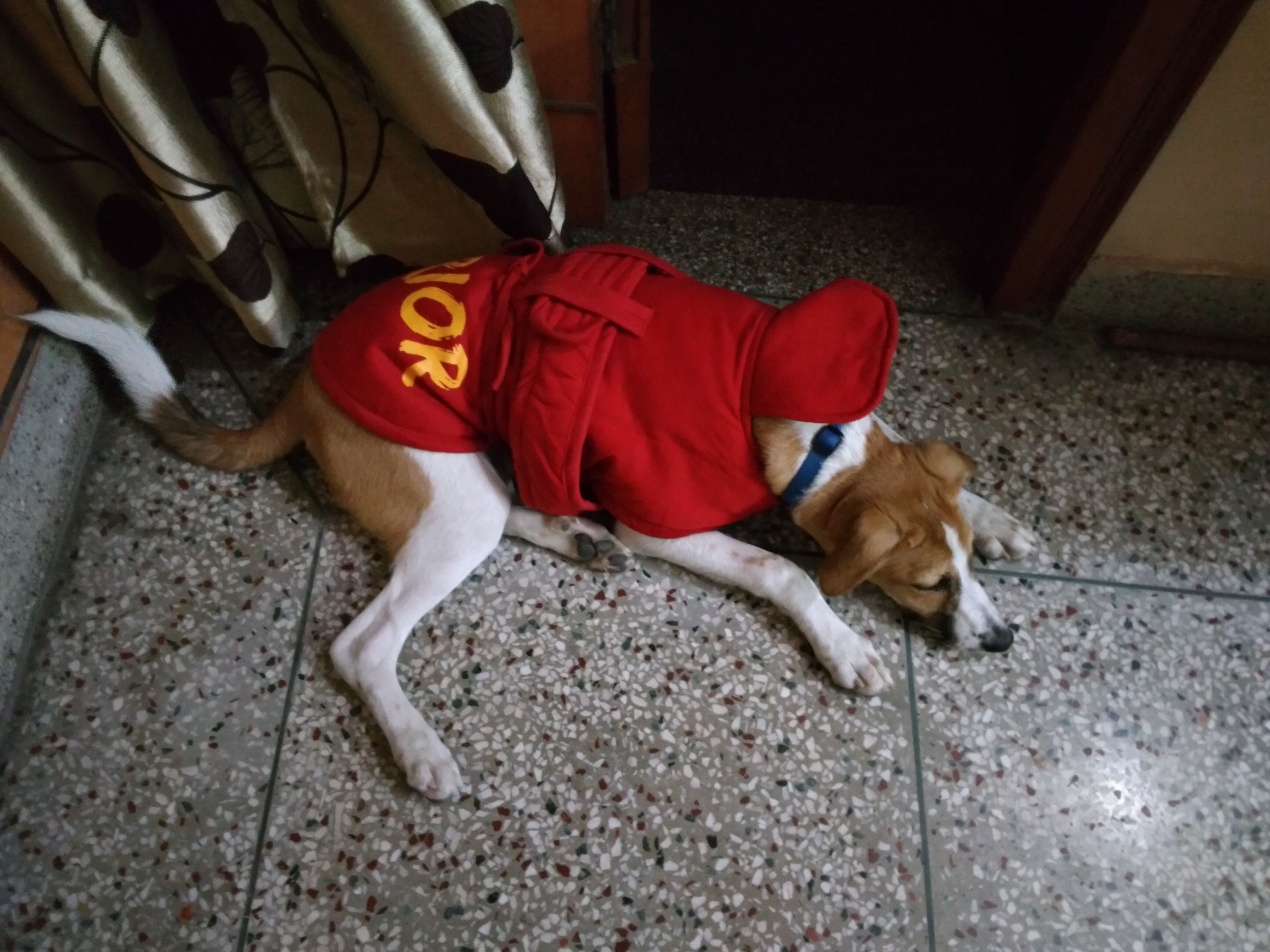 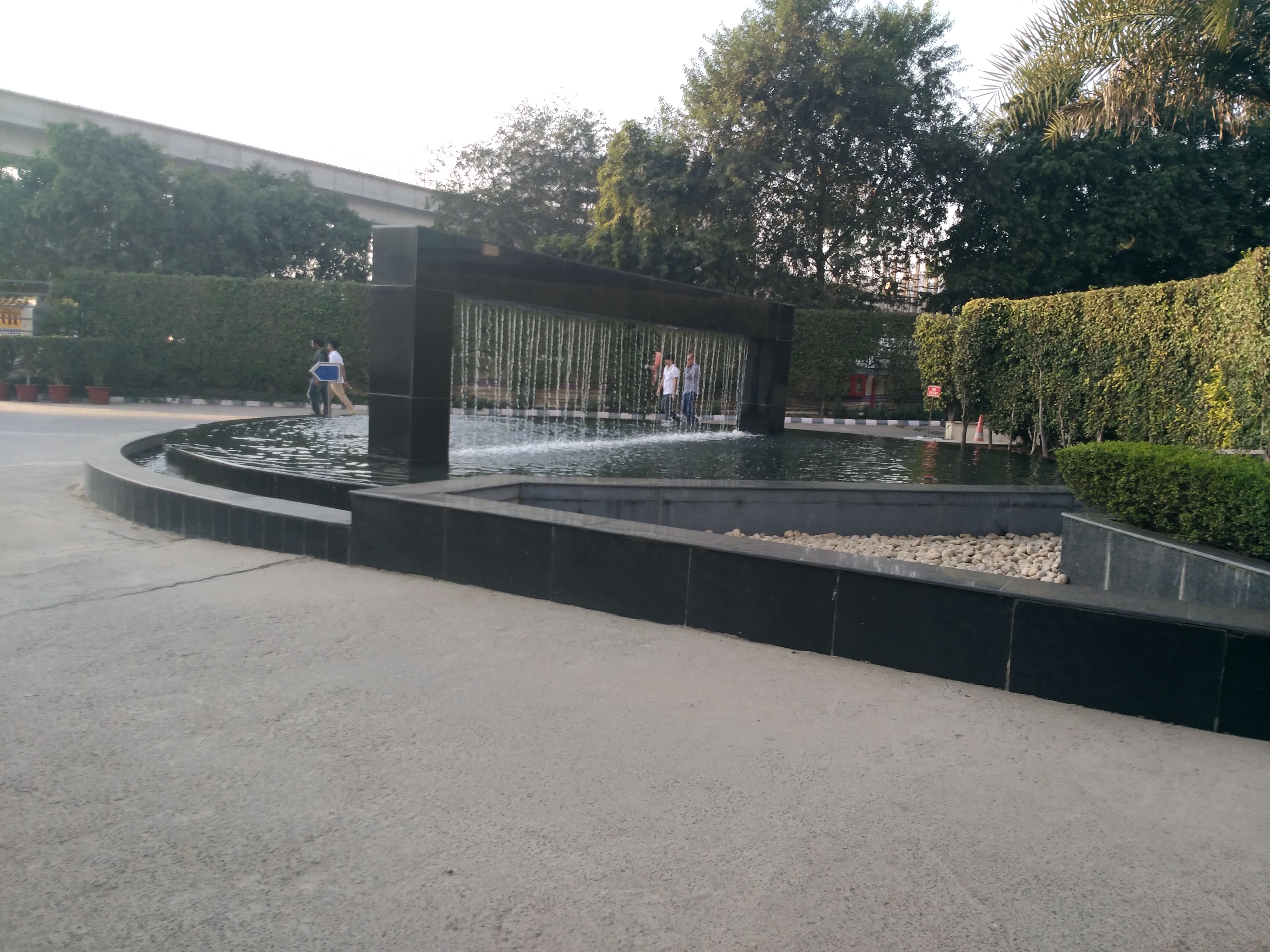 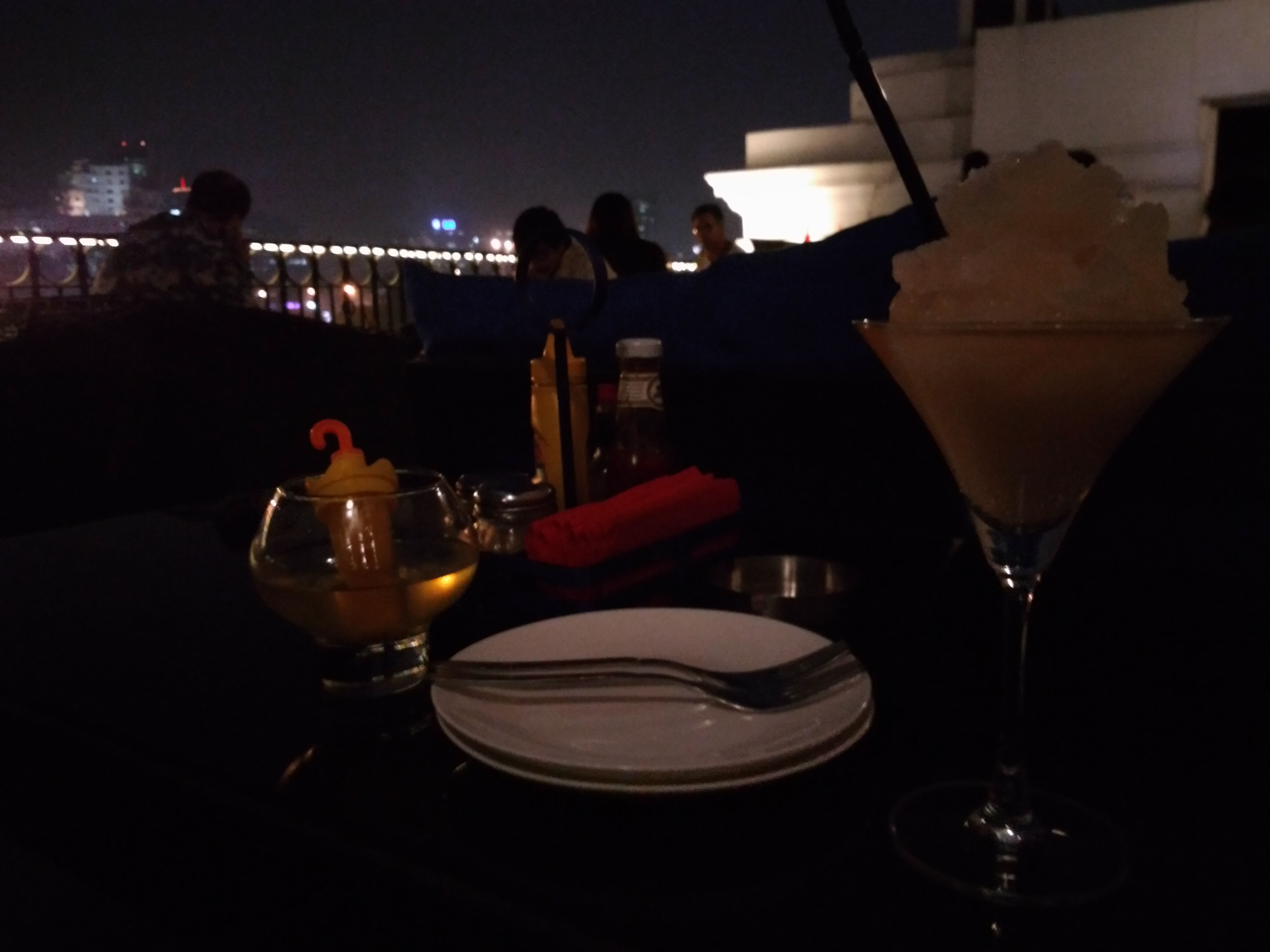 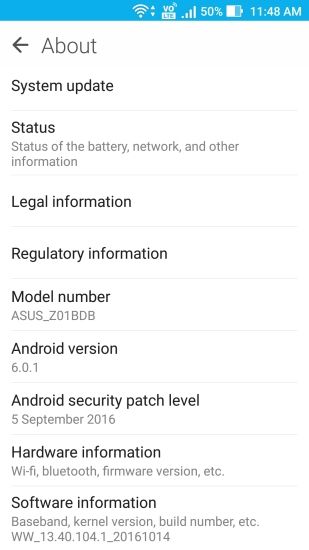 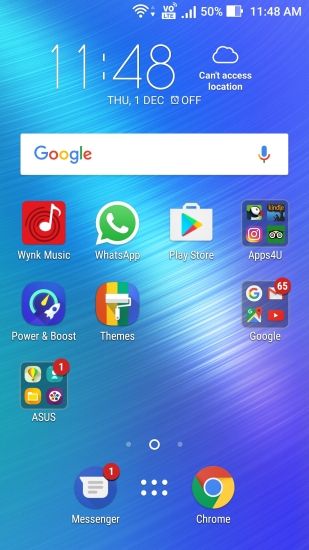 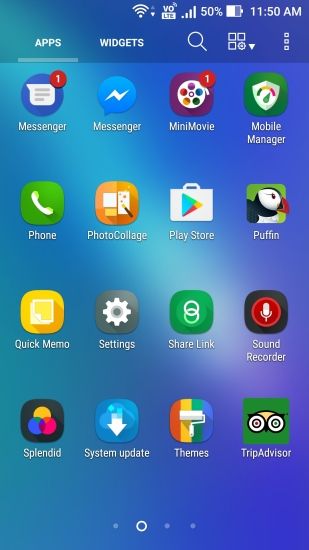 The loaded ZenUI, despite offering elements like the swipe-down-twice for quick settings and an app drawer, feels far from stock interface. The ZenUI is one of the heaviest software skins and comes with unnecessary features. The phone ships with well over 10 preloaded first party applications. There weren’t as many third party applications. Instagram, Amazon Kindle, Puffin, TripAdvisor, Need For Speed: No Limits, and SimCity are the ones you’d find. 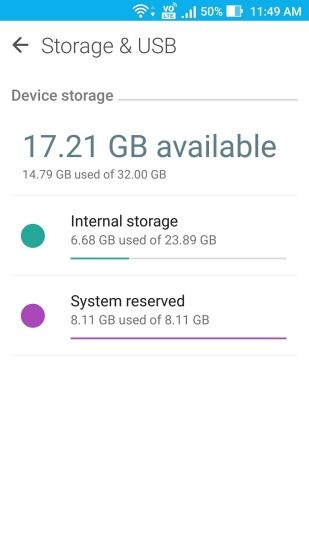 The phone offers around 24 gigs of storage out of 32GB out of the box. We felt the phone was unnecessarily loaded, but that’s just ZenUI on its way to become the infamously bloated version of TouchWiz. A bunch of these preloaded apps, including the first party ones, can be uninstalled, so that should be a relief. However, we’ve never been in awe of the overall look of the ZenUI, which in one word could be described as gimmicky. 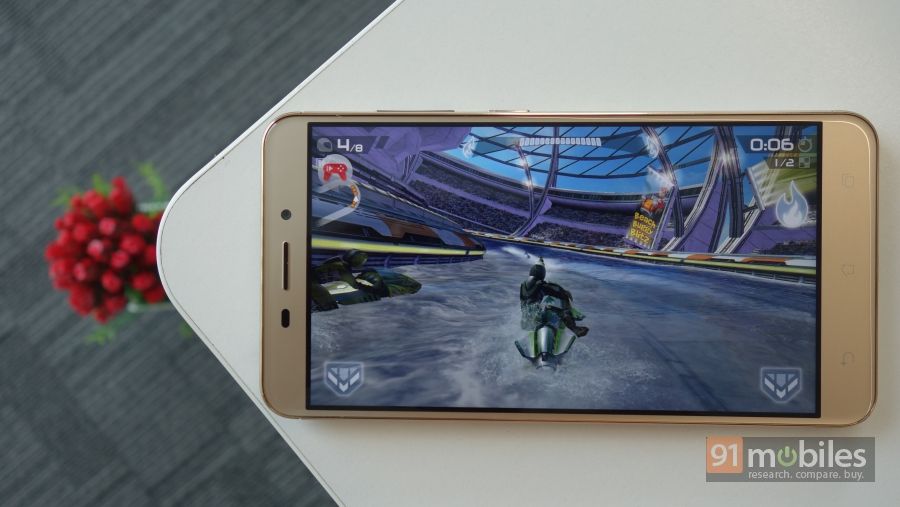 In terms of performance, the smartphone is average. It wasn’t blazing fast right out of the box. We could see some lag in switching between screens, navigating, and we attribute that to the heavy skin and animations. We did encounter some app crashes as well. That said, day-to-day usage was smooth. Not fast, but smooth. The gameplay, wherein we tried out titles like Modern Combat 5: Blackout, Riptide GP2 and BADLAND, was pleasant initially but we did experience some lag and jitters 30 to 45 minutes into gaming. The graphics rendering was fine. The phone did warm up slightly after long gaming sessions, but not up to uncomfortable levels. While the performance was pretty much what we expected from the SD430 chip, there was one issue we couldn’t find a solution for. Our review unit restarted on its own a bunch of times. The smartphone received a small software update during our review period and it is after the software update that we encountered this problem. Assuming it’s a bug, we hope that the issue will be resolved by another software update. Another qualm we have is with the call quality and signal reception. More often than not we couldn’t hear the other person’s voice. Additionally, presumably due to lack of support of Wi-Fi ac standard, we felt that the internet speeds on the ZenFone 3 Laser weren’t as fast as what we got on other devices (which did support Wi-Fi standard ac), despit the phones being connected to the same Wi-Fi network.

The battery life on the ZenFone 3 Laser is impeccable. The device delivered a little less than 13 hours on our standard video loop test. We streamed music and videos on 4G for the most part of the day, along with constant use of WhatsApp, Instagram and Facebook, and making a few calls. The ZenFone 3 Laser lived through it all and gave over a day’s use. The power saving mode on the phone is just icing on the cake. In a crisis, we had only 10 percent of juice left. To ensure we stayed connected through our commute from Gurgaon to North Delhi, which is a 2 and a half hour drive, we turned on the power saving mode. To our surprise, the battery percentage hadn’t dropped at all when we reached the destination. Unfortunately, the smartphone does not support fast charging and takes well over 150 minutes to charge fully.

The ASUS ZenFone 3 Laser is a decent daily driver. Satisfactory performance, great battery life, good design and display… the phone has most of the things going for it. However, despite being a camera-centric device, it doesn’t impress as much when it comes to photography. Smartphones like the OPPO F1s (review), and LeEco Le Max 2 (review) offer capable cameras for their price. As a matter of fact, the shooters on the latter are unbeatable in this price segment. However, it is a 5.7-inch phone and caters to niche users. The Le Max 2 is a powerhouse too, as is the Lenovo Z2 Plus (review). The Snapdragon 430 in the Zenfone 3 Laser chip is hardly in the same league as the SD820 which fuels both the aforementioned phones. We’d say that the ZenFone 3 Laser is a good device in itself, but it can’t match up with the competition at its asking price.