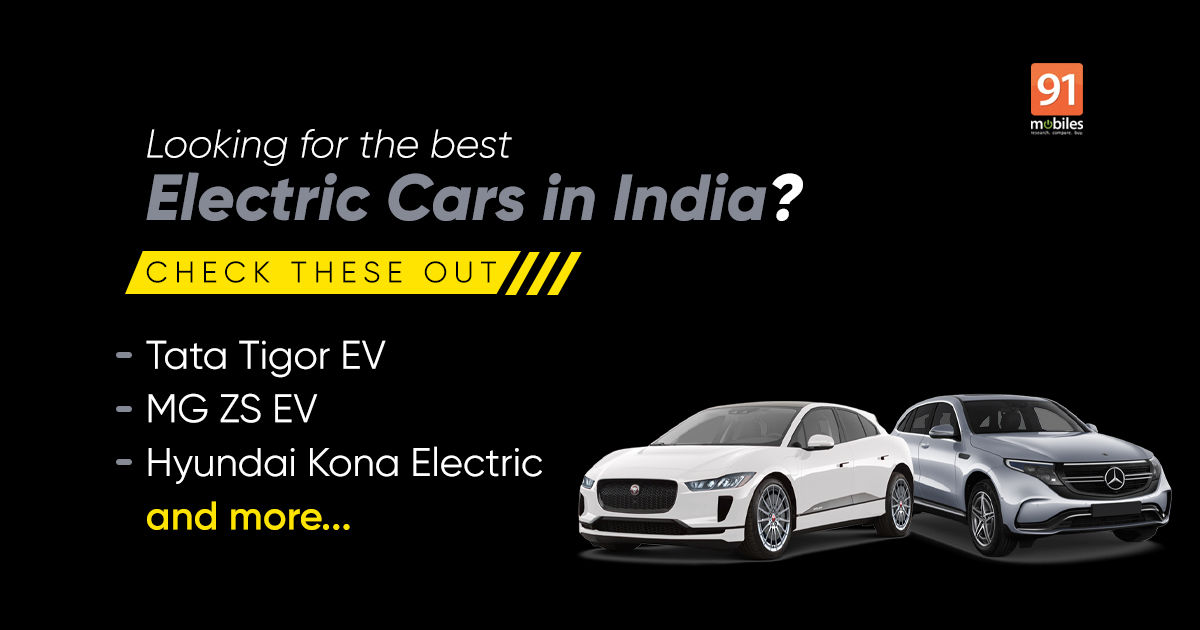 Electric cars in India hasn’t got the same limelight as electric scooters and bikes in India yet, but the demands are slowly creeping in. Per JMK Research, a total of 2,522 electric cars were sold in India in December 2021, which was 64 percent higher than the month before, i.e. November. Furthermore, the year-on-year registrations of the e-cars grew by 410 percent during the month in the country, added the report. The handful of  electric cars currently in India come from renowned automakers like Tata Motors, Hyundai, Mahindra, and even Mercedes-Benz. So if you are in the market for the best electric car in India, here’s a list for you.

Also read: Best electric bikes and scooters in India that you can buy right now 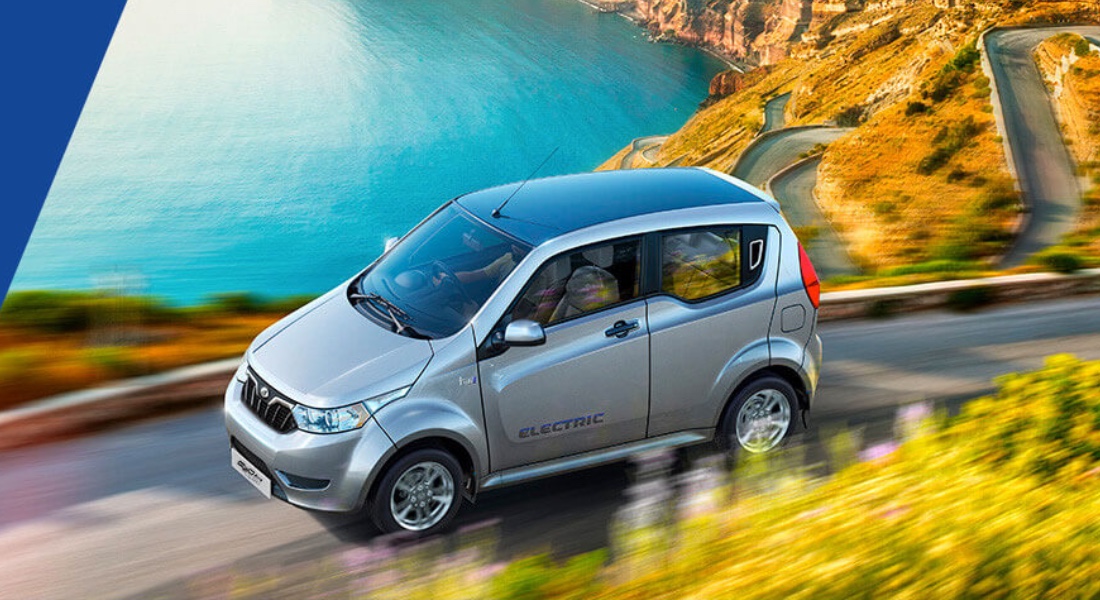 Mahindra has been selling electric cars in India for quite some time, and the e2o Plus is among its first models. The car was launched back in 2016 in the country and is quite compact yet comfortable enough for four people. Mahindra e2o Plus is available in four different variants; P2, P4, P6 and P8 and the P2. The P2, P4, and P6 variants are powered by a 48 V battery pack that runs a motor rated at 19kW and 70Nm of torque. They can sprint from 0-60kmph in 14.1 seconds with a top speed of 80kmph. The Mahindra e2o Plus P8 variant packs a 48 V battery pack that puts out 30kW of power and 91Nm of torque. The variant has a top speed of 85kmph and notches 60kmph from nothing in just 9.5 seconds. The Mahindra e2o Plus comes with fast charging and a range of up to 140km on a single charge. 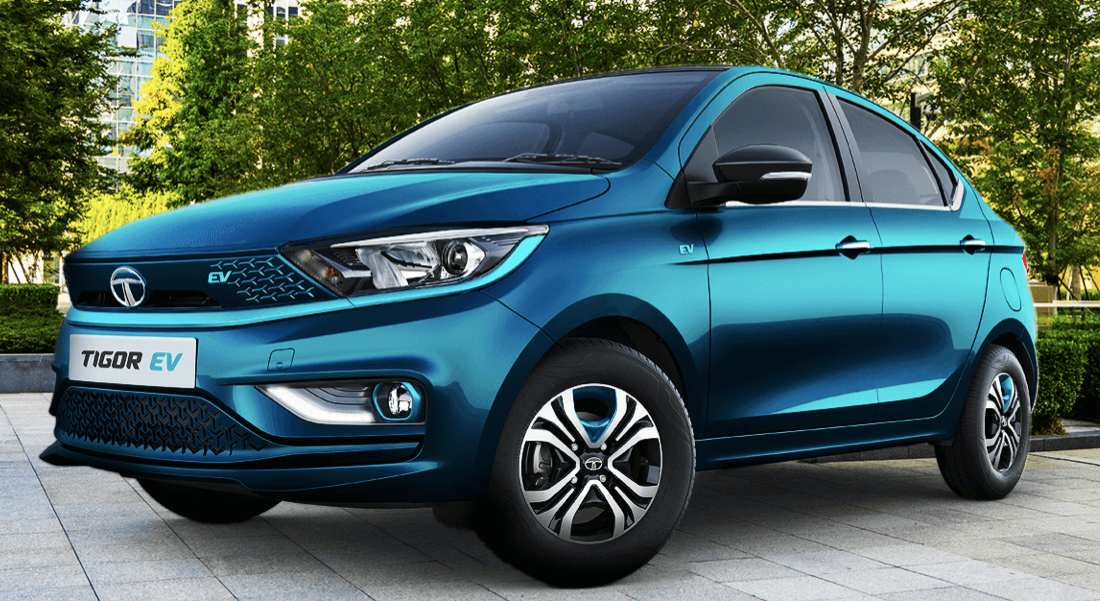 Tigor EV is the most affordable electric car you buy in India right now. Tata Motors initially sold the sedan to commercial buyers. But now it has decided to let consumers buy the car as well. Speaking of which, the upgraded or consumer Tigor EV gets a battery capacity of 26kWh that produces 74bhp of power and 170Nm of torque. As for the range, Tata Motors claims Tigor EV can run up to 213 km ARAI-certified on a single charge. The built-in battery takes up to 12 hours for charging using the home power outlet. But with DC fast chargers, you can be up and running in just 2 hours. Lastly, the car is IP67 water and dust resistance certified and can do the 0-60 Kmph sprint in 5.7 seconds. 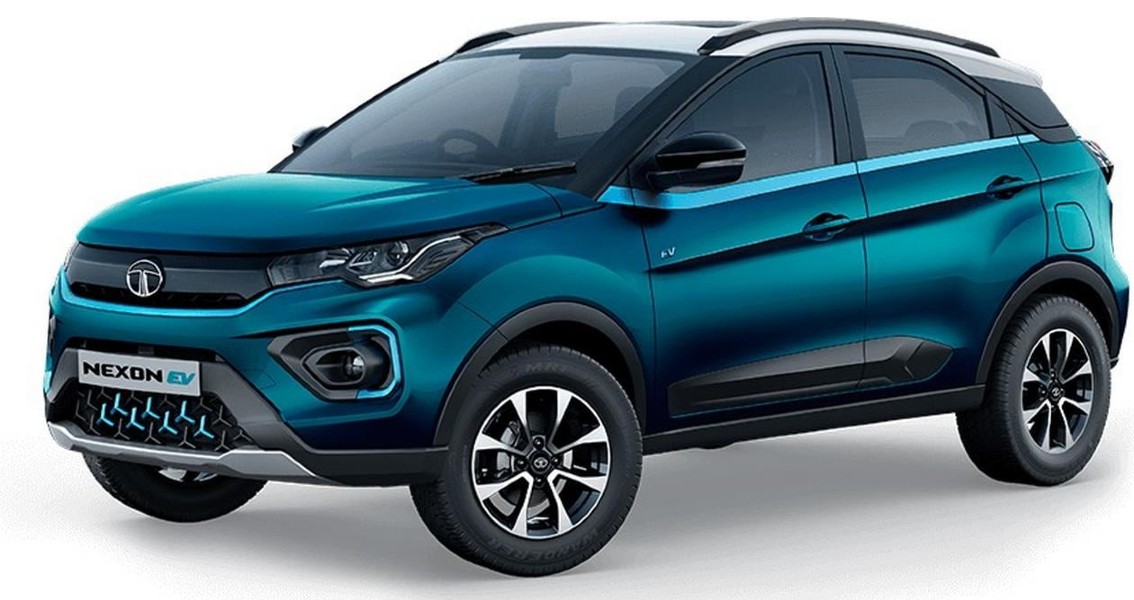 Another Tata EV on our list is the Nexon EV. This is the electric avatar of the popular fuel-based, mid-sized SUV from the auto brand. As you might have guessed, the bigger car means more power under the hood and longer range. The SUV packs a 30.2kWh battery which offers 129hp of power and 245Nm of torque. This translates into a quick zip from 0 to 60km/hr. The SUV is noiseless so you need to mentally prepare while driving it on busy streets. Tata Motors claims a full driving range of 312km on a single charge but that depends on the road, traffic, driving and weather conditions. The battery gets fully charged in 8.5 hours with the regular AC charger. And with the faster-charging unit, it goes from 10 to 90 percent in an hour. 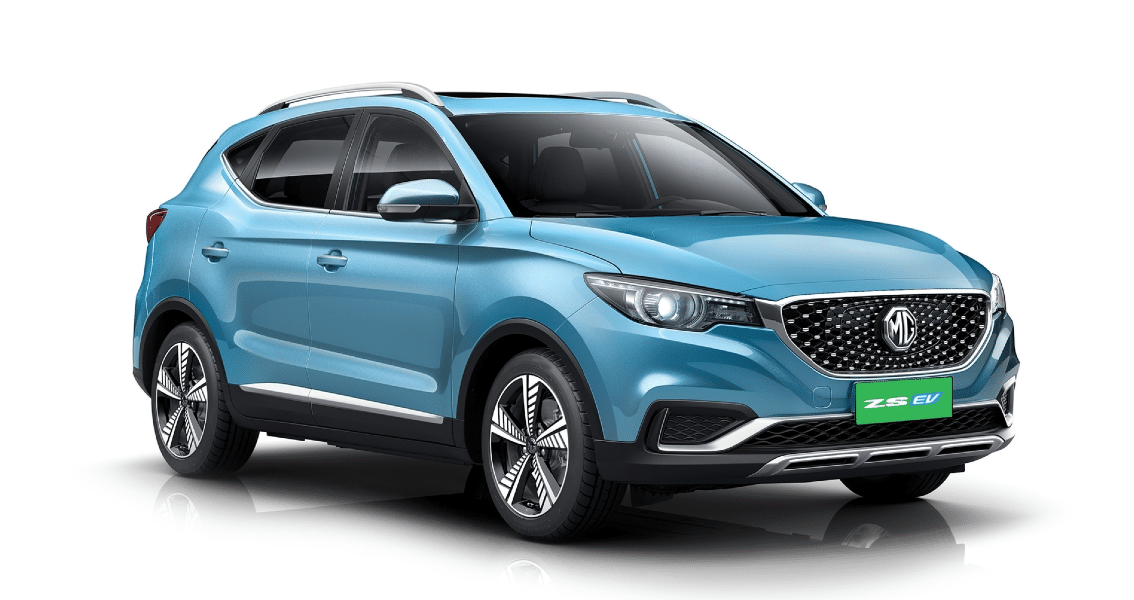 MG Motors debuted in India a few years back with the ZS SUV. And just like Tata Motors, it brought the EV version of the same model. The price range goes up, which invariably means more range in the dock. The ZS EV features a 44.5kWh battery that pushes 143hp of power and 353Nm of torque which is quite impressive. You get a claimed range of 419km on a single charge. However, having a bigger battery pack implies charging through the AC unit takes up to 18 hours. But with its standard fast charger, ZS EV takes less than an hour to juice up. 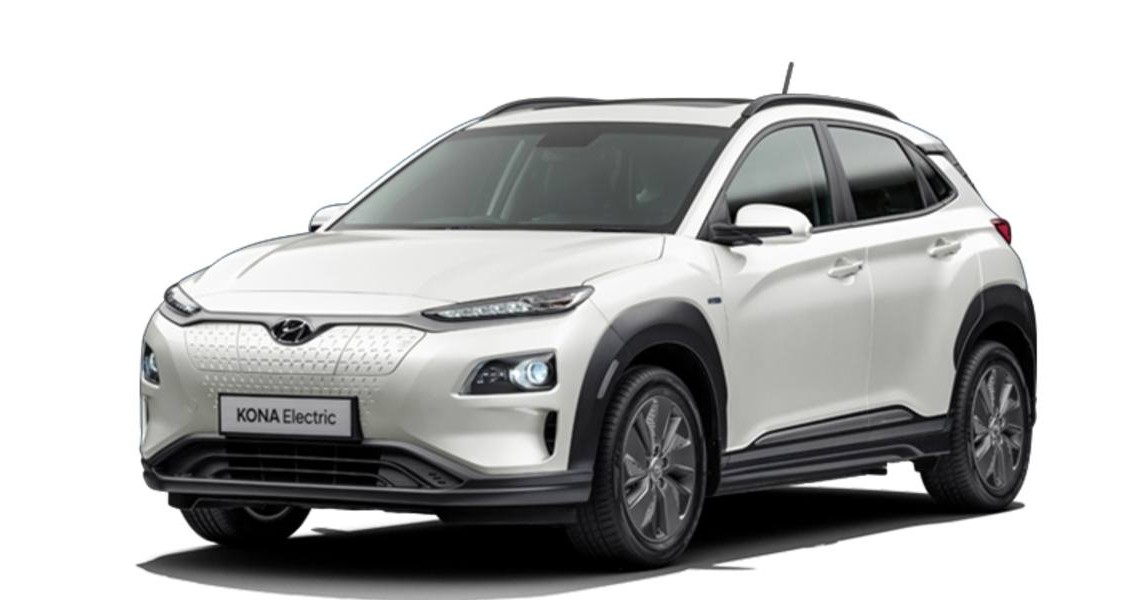 Hyundai is a popular name among buyers in the car market. But EVs are still unchartered territory for most people in the country. It has tested waters with the Kona Electric SUV, launched a few years back, for Rs 23.76 lakh. Kona comes with a 39kWh battery that is smaller than what you get with the MG ZS EV. But Hyundai has made no compromise on its power and torque figures that stand at 136hp and 395Nm, respectively. Using a regular power outlet at home, Kona’s battery takes 18 hours to fully charge. And with a DC fast charger, that figure comes down to 60 minutes. Hyundai says Kona Electric can do 452 Km on one charge but real-time numbers could be different. 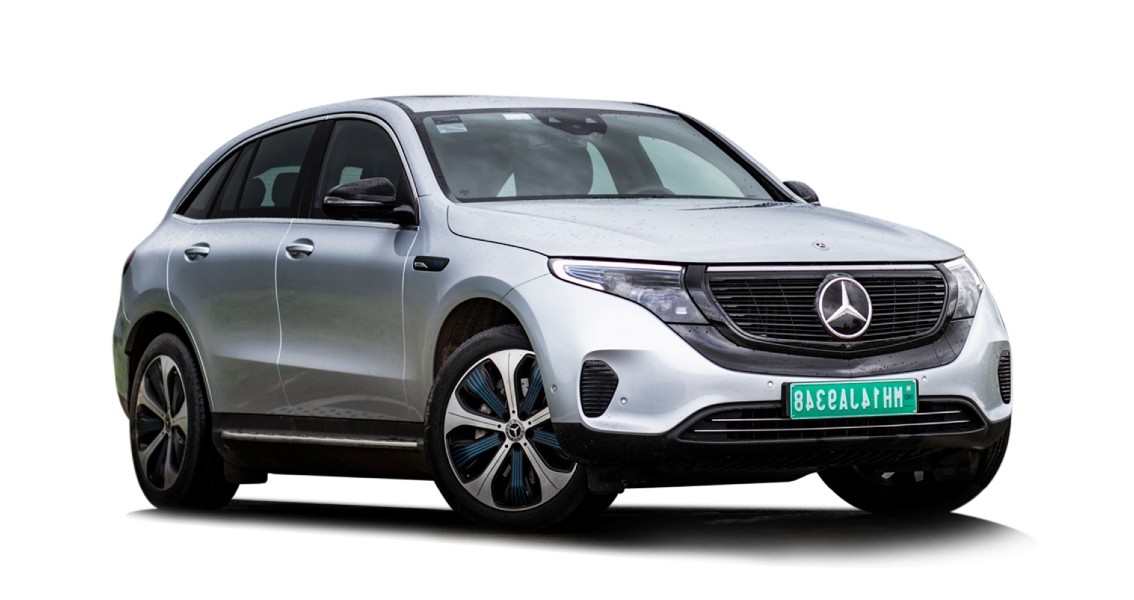 Most people might call Kona Electric at over Rs 23 lakh as a premium EV. So, for the EQC from Mercedes-Benz, we call it the uber-premium EV. This electric four-wheeler gives you the size, range, power, and class with a price tag of Rs 1.04 crore. But sadly, that does not translate into a higher range figure. The 80kWh battery on the EQC gives you 408hp of power, 760Nm of torque, and a claimed range of up to 414km, which is lower than both ZS EV as well as the Kona Electric. And with the speed figures mentioned, that battery will be lucky to cross even half of its claimed range. The built-in unit charges in about 40 minutes using DC fast charger. And with the home power socket, it goes from 0 to 100 percent in over 20 hours, which is a long time. 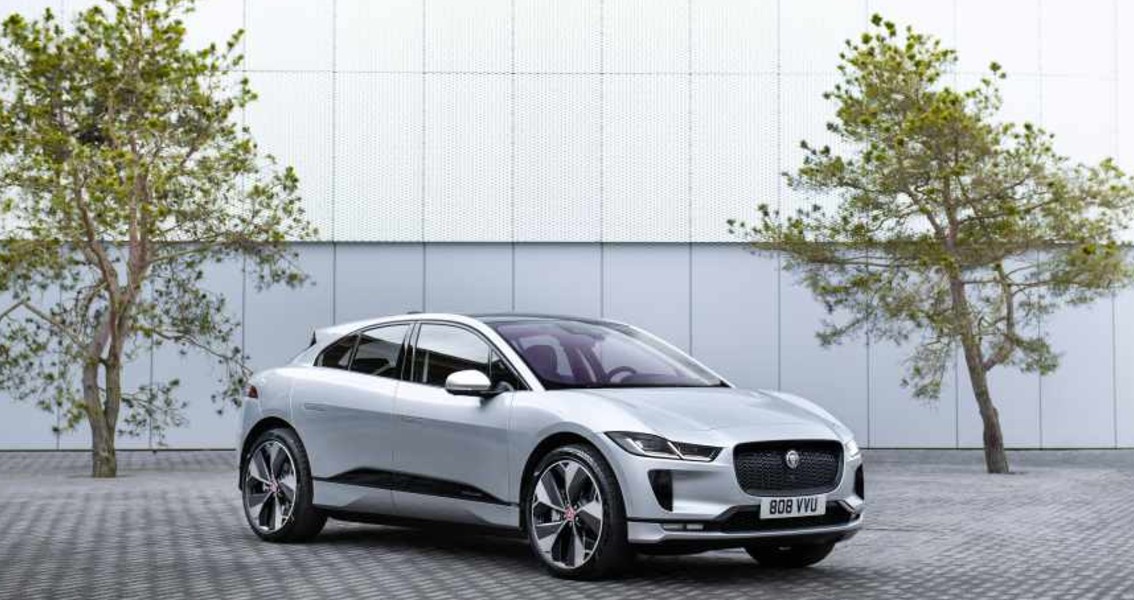 Last on the list comes from Jaguar with another premium EV for buyers. It has got the best of everything, including range but its fast charging ability pales in front of the others in the segment. I-Pace packs a 90kWh battery which takes 13 hours to full charge at regular speed. But even with a DC fast charger, it takes 2 hours, which should be faster. The battery helps the SUV produce 400hp of power and 696Nm of torque. But the good thing about having a bigger battery is the claimed range stands around 470km. 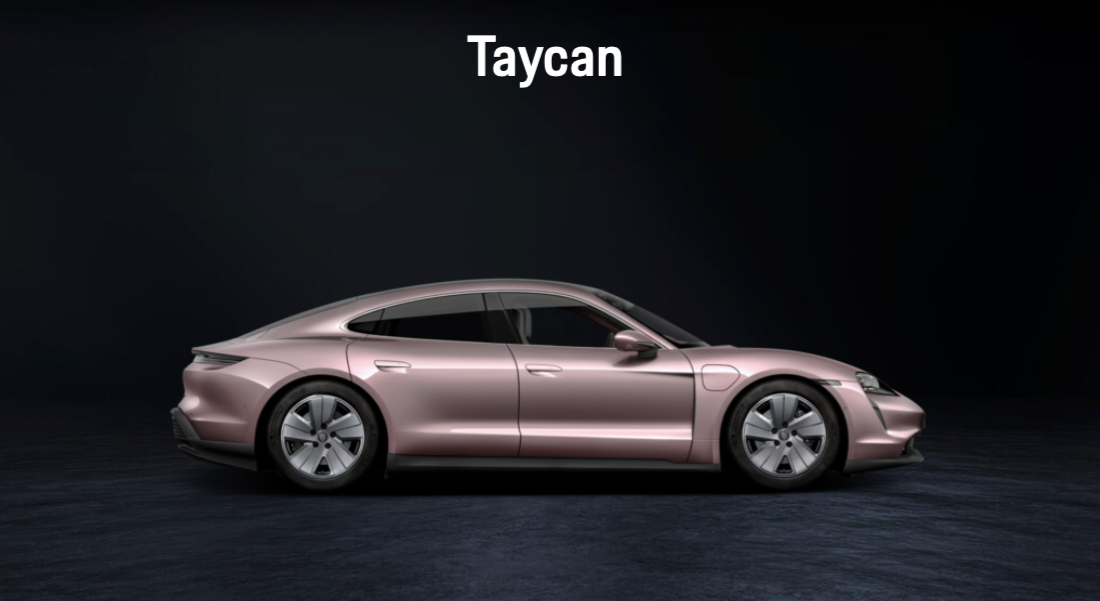 Porsche has introduced a range of fully-electric sedans in India, and the Taycan is its most affordable variant. The electric car comes with a rear-wheel-drive that is rated to deliver a 484km range between charges. The Porsche Taycan packs a single-deck 79.2kWh Performance Battery, which the company claims offer up to 408bhp in over-boost mode with Launch Control. This increases to 476bhp with the optional two-deck 93.4kWh Performance Battery Plus. The car has a top speed of 230km/ hour and takes just 5.4 seconds to go from 0-100 km/ hour.

Additionally, the Porsche Taycan boasts a sporty design, with 21-inch alloy wheels and a tech-forward cabin. With the optional DC fast charge, there is an option to juice up the EV from 0 to 80 percent in just 22.5 minutes. 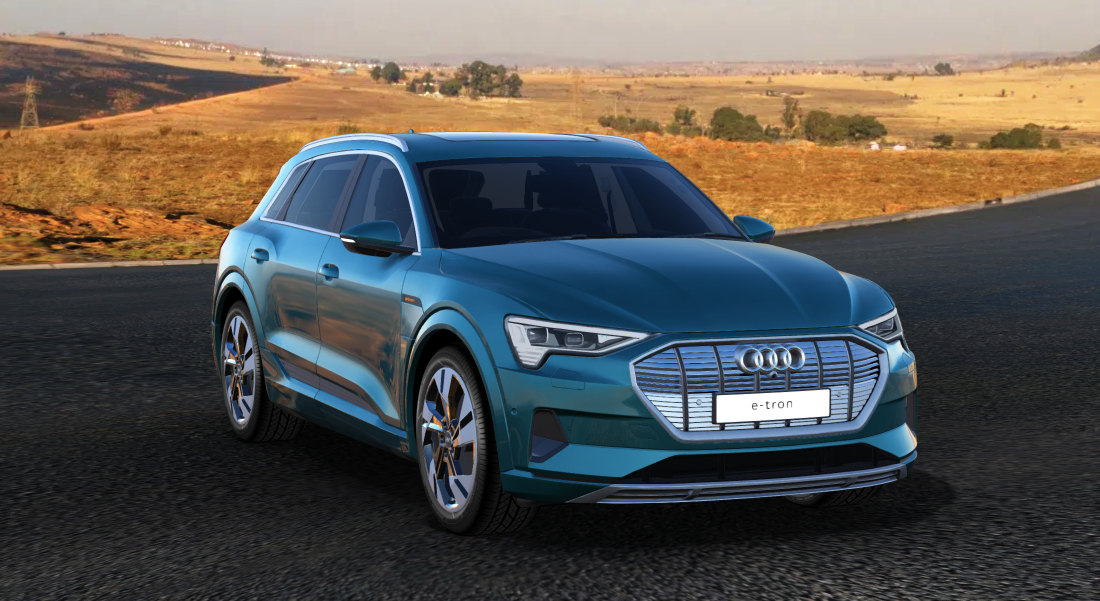 After much delay, Audio finally got the opportunity to launch its e-tron GT and its RS version in India back in September. The electric cars are the company’s most powerful models yet. The regular Audi e-tron GT offers 630 Nm of torque with an additional 10 Nm in over-boost mode, whereas the e-tron RS boasts of a whopping 830 Nm of torque. The GT and RS versions deliver the power output of up to 522hp and 637hp respectively. The four-seater electric sports car jumps to 100 kmph from an absolute standstill in a mere 4.1 seconds, 3.3 seconds if in the RS version.

As for the range, the Audi e-tron GT and RS e-tron GT features can last a journey of up to 500km on a single charge. This is made possible by a 83.7/93kWh battery pack that uses up to 800-volt technology and takes just 5 minutes plug-in into a fast charger to add 100 kms to the EV’s range. 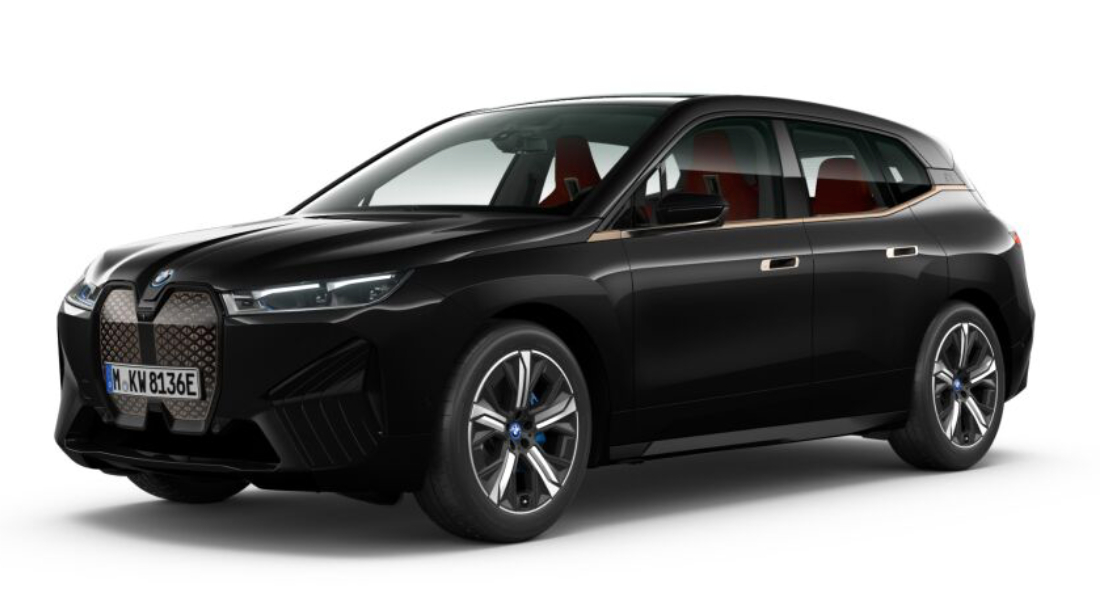 BMW joined the bandwagon of electric cars in India with its recently launched iX mode. It’s a luxury car that will compete against Audi e-Tron, Mercedes-Benz EQC, and Porsche Taycan. The BMW iX comes in two variants: xDrive 40 and xDrive 50. The former is rated to churn out 326 hp of power and 630 Nm of peak torque with a range of up to 414km on a single charge, while the xDrive 50 is capable of generating 523 hp of power and 765 Nm of peak torque and a driving range of 611km without recharge. That said, both variants sport two electric motors and are capable of accelerating from 0-100 kmph in just 6.1 seconds.

The electric SUV is five-star safety certified by Euro NCAP. As for the design, it’s all luxurious with premium leather seat and upholstery materials, a centre console with a touchpad, multifunction steering wheel, and a large digital display that combines both driver display and infotainment screen.