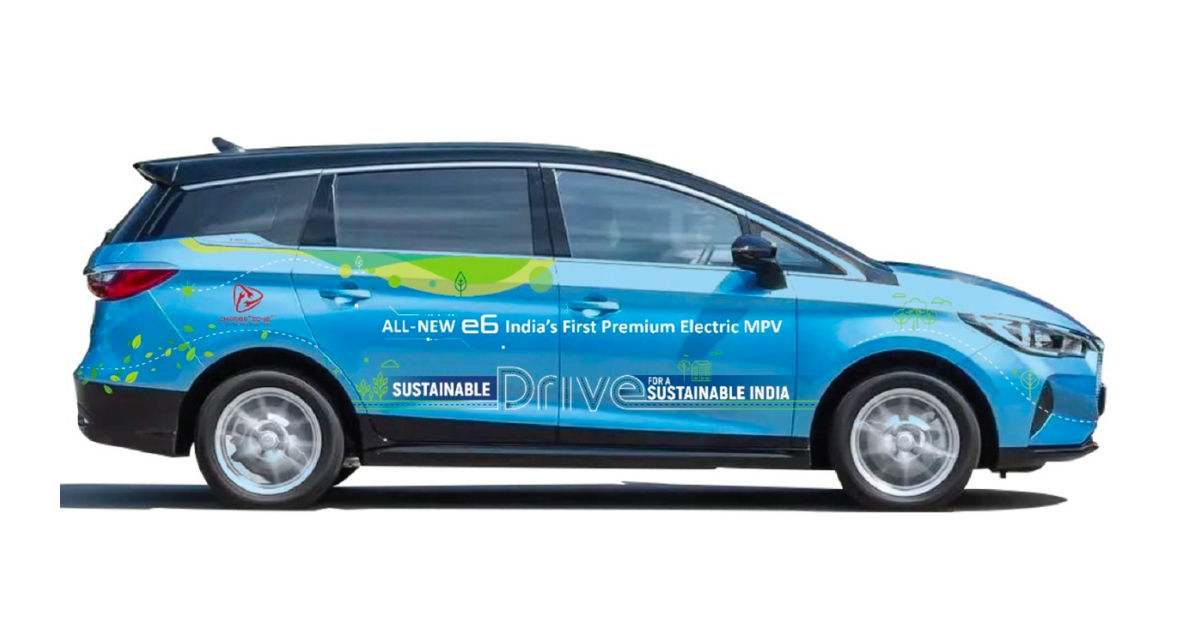 BYD e6 electric MPV has travelled 2,203 km from Mumbai to Delhi, recording one of the longest distances covered by an EV. The Warren Buffet-backed Chinese automaker BYD sells the BYD e6 electric MPV in India for commercial and personal vehicle owners. The company is running a ‘Sustainable Drive for a Sustainable India’ initiative, for which the car travelled from Mumbai to New Delhi.

Electric car manufacturers are currently aiming at maximising the distance between two charges to reduce range anxiety for buyers. The Lightyear 0 EV concept which was recently unveiled travels extensive distances without having to charge with the help of solar power. In the recent past, the German luxury car make Mercedes Benz created a record by travelling a cross-country route over 1,000 kilometres long on a single charge.

BYD e6 travels the longest distance by an EV

The journey took the e6 across nine cities spread across four states. The drive was undertaken for BYD’s ‘Sustainable Drive for a Sustainable India’ initiative and passed through various eco-sensitive zones around National Parks.

BYD has claimed the e6 made a spot for itself in record books for covering a distance of over 1,000km on a single charge, although the claim remains unverified. The journey that was 2,203km long traversed various landscapes and utilised charging outlets scattered throughout the route.

BYD claims that along with its partners the e6 has covered a total of 47,957,202km across India which is equivalent to 10,883 round trips from Mumbai to Delhi. In the process, the company claims to have saved 413kg of carbon emissions.

Electric cars in India will cost the same as petrol vehicles within a year: Transport Minister Nitin Gadkari

The BYD e6 was initially launched in India as an electric MPV offering for fleet owners however personal vehicle ownership is now possible. The five-seater MPV is priced at Rs 29.15 lakh, ex-showroom. The vehicle uses a 70kW motor and a 71.7kWh battery pack to deliver 94bhp of peak power and 180Nm of peak torque. The powertrain is certified for 520km of range on a single charge according to the WLTP cycle. The vehicle is capable of a top speed of 130kmph.