Home Fintech Cryptocurrency trading: Countries where Bitcoin and other cryptocurrencies are banned/ illegal 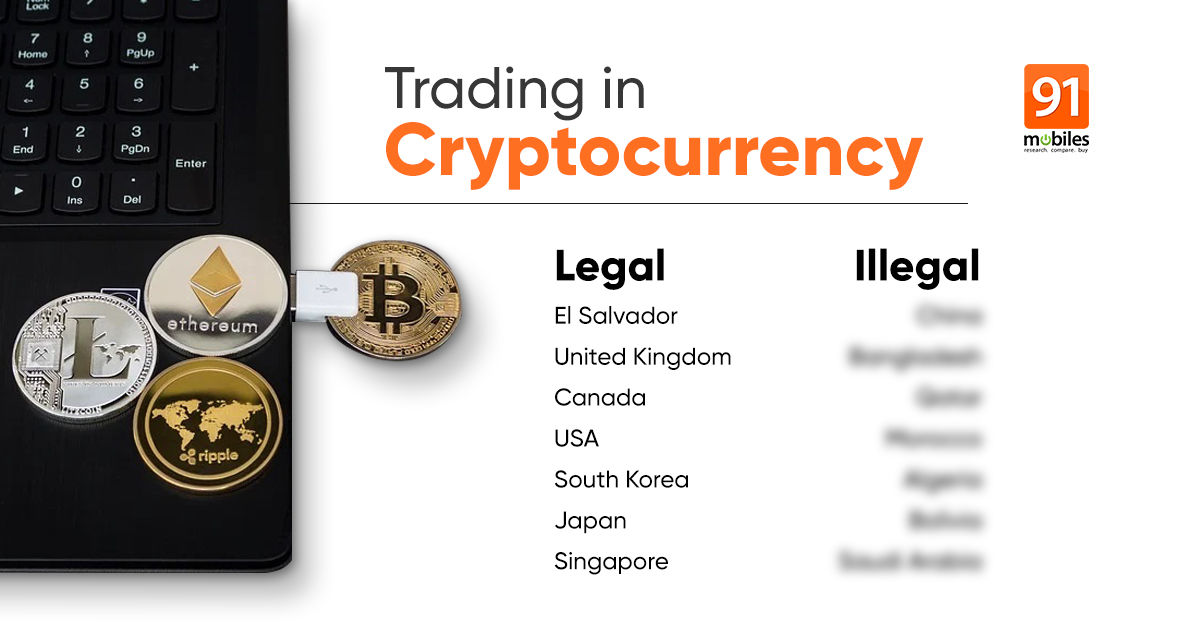 Countries like India are still mulling over whether to regulate, restrict, or ban cryptocurrency.

Countries that have banned cryptocurrency

Cryptocurrency has been around for more than a decade, yet many countries including India are still mulling over whether to regulate, restrict, or ban the currency. Crypto trading in such countries is not illegal yet, but things could change in the future. That said, some states have legalised and allowed the use and trade of crypto, while others have banned or restricted it. Here’s a quick look at countries that have refused to accept or legalise crypto:

China has strictly prohibited crypto exchanges of any sort. All digital coins are illegal but the interesting thing is that China has not drafted any law or regulation that says people cannot hold or transact in cryptocurrency. Either way, we suggest you avoid trading in crypto assets in China.

As early as 2017, the country’s Central Bank issued a notification that put cryptocurrency under the illegal bracket. Any transactions done via cryptos violate the country’s foreign exchange, money laundering, and terrorist financing regulations.

The Qatar Financial Centre has banned cryptocurrency in the country. Banking institutions are not allowed to trade in cryptos because they have concerns related to possible financial wrongdoings and hacking.

Since November 2017, the country has prohibited trading or transacting in virtual currencies for the general public. Morocco’s exchange office sees it as an infringement of exchange regulations and makes people liable to penalties and fines under the specific laws.

The country has a clear ban on the sale, purchase, use, and holding of virtual currency. Anyone who breaches the rules and undertakes transactions in digital currency will be punished under the terms of laws and regulations in force.

The Central Bank of Bolivia issued a strict blanket ban on the use of Bitcoin and other cryptocurrencies that are not regulated in the country. The resolution was passed in 2014 which meant trading in crypto assets was banned.

Companies in Saudi Arabia have been clearly asked not to use Bitcoin. The Saudi Arabian Monetary Authority (SAMA) mentions that using Bitcoin is not just highly risky but also comes with no strong security regulations or safeguards in place for any mishaps.

The country decided to take a religious decision based on cryptocurrency. The country’s Islamic legislators called Dar al-lfta prohibits the use of bitcoin for the commercial transaction as haram.

Also Read: Bitcoin explained: How to buy Bitcoins in India, how to mine, sell, and more questions answered

Countries where trading in cryptocurrency is legal

However, cryptocurrencies have found a liking in a few parts of the world. Trading of bitcoin has been legalised in most parts of Europe, including United Kingdom, South Asia, and Australia. All these countries have set up regulations and laws that govern and safeguard the interests of crypto buyers.

El Salvador has become the first country to approve Bitcoin as an official currency. The country’s Congress approved a bill on June 9 that made investing in Bitcoin a legalised ruling. That’s not all, anyone holding on to Bitcoin can apply for citizenship of El Salvador as well.

The High Court in the UK has recognised cryptos like Bitcoin as property under UK common law. That’s not all, anyone or any business involved in crypto assets has to register with UK’s Financial Conduct Authority. They also have to comply with anti-money laundering (AML) and combat financing of terrorism (CFT) under the laws of the nation.

The country mandated that securities law requirement was applicable on businesses dealing in cryptos in 2018. And from last year onwards, the entities had to register with the Financial Transaction and Reports Analysis Centre of Canada (FINTRAC).

The country has legally sanctioned the use of Bitcoin and is one of the favoured markets for cryptocurrency traders. Coinbase and Finance are the most popular Bitcoin exchanges in the US.

The country has made sure that crypto trading is done by people beyond a certain age and locals residing. Minors in South Korea cannot trade in cryptos. And even the adults have to transact using registered exchanges with their original name and account at a bank. The country has exchanges like Upbit, Bithumb, and Coinone.

Bitcoin has legal status in the country and its online exchanges for crypto have high trading volume in millions. But according to Japanese security protocols, all businesses have to maintain trading records, follow all the protocols, and shield customers.

The Monetary Authority of Singapore regulates cryptocurrency trading in the region under the country’s Payment Service Act, 2020. Businesses have to take a license before setting up shop. All crypto offerings and digital coins are regulated under the Securities and Futures Act, 2001 in the country.

Are Bitcoin and other cryptocurrencies legal in India?

The status of cryptocurrency usage in India is at a crossroads, where it could either get banned or legalised. But neither of those are close to being sanctioned. This has put the market in a state of uncertainty. Even after all this, people are more than excited to invest/ trade in cryptos. Companies have opened trading via mobile apps like WazirX, Coinbase, and CoinCDX among others. But most of them operate out of the country to avoid falling into the legal hassles with the government.

That said, the Indian government has shown its interest in developing blockchain-based resources. So, you never know one day the Central Banking Authority of India (RBI) decides to open up the gates to Bitcoin, Ethereum, and more.

While the Indian government mulls over legalising cryptocurrency, you can check out more news about Bitcoin and other cryptocurrencies on our Facebook, Twitter, and Instagram pages and head to our YouTube channel for the latest videos.