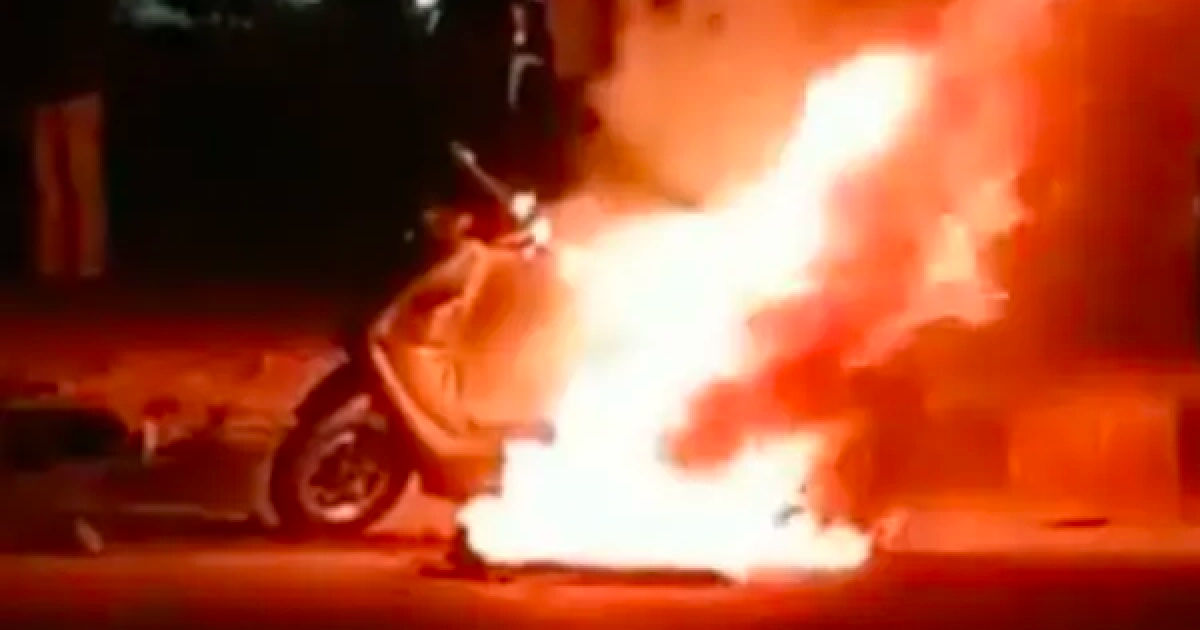 A fire at an EV showroom in Parvatipuram district of Andhra Pradesh on Monday destroyed 36 electric two-wheelers, causing damage up to the tune of Rs 50 lakh. Other vehicle components such as batteries also perished in the process, but no injuries or casualties have been reported as of now.

It is believed the dealership, Manam Motors in Palakonda town, had extra stock to facilitate Diwali offers. The local police have not yet confirmed the cause of the incident and have reserved their comments until the investigation is complete. There is also no official word on the electric vehicles brand the dealership was housing.

The fire was brought under control by firefighters that rushed to the scene. Officials believe that the fire was caused by a short circuit. However, the local police have reserved their comments on the matter until further investigation.

In the recent past, an electric vehicle showroom in Secunderabad caught fire due to a short circuit that took place in one of the electric scooters that were charging at the workshop. The fire that followed buried a hotel above in smoke, ultimately taking the lives of eight people and injuring many others. In another horrific event, a 7-year-old boy in Vasi, Mumbai, lost his life when an EV burst into flames while charging. There have been numerous incidents last summer in the country of EVs catching fire and even causing casualties in some cases.

However, the Government of India has enforced from October 1st, the new AIS 156 and AIS 038 Rev.2 standards to regulate safety standards for EVs. The new guidelines will require manufacturers to abide by standardised regulations. Focus is especially being given to the battery and its management systems and thermal management systems, which form some of the key factors to protect consumers from safety hazards.