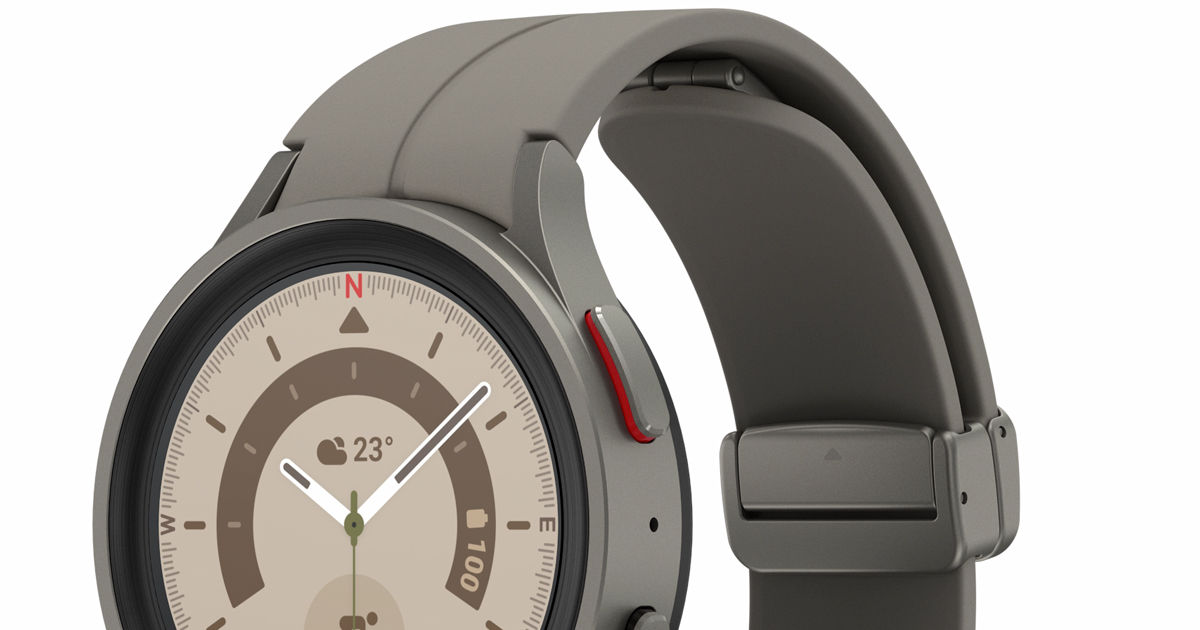 Normally there’s a certain cadence to device leaks, with higher quality, more revealing imagery appearing as launch events approach. However, sometimes you get to take a shortcut right to the end of the line, and that’s what we have here with the upcoming Galaxy Watch5 models from Samsung: high-resolution, 3D “turntable” renders showing off the two models from every angle.

The more formal — and thus higher priced of the two — will be known as the Galaxy Watch5 Pro, and it correlates most closely with last year’s Galaxy Watch4 Classic. Codenamed Project X, it’ll come in either black or gray titanium, and either with or without LTE radios for standalone cellular broadband.

Then we have the regular Galaxy Watch5, codenamed Heart and corresponding to 2021’s standard Watch4 (which itself is best thought of as an extension of the defunct Watch Active line).

This model also ships in either LTE or Bluetooth flavors, while also offering two case sizes (only the larger of two is pictured here), and a more expansive color palette than the Pro lineup. Both will run wearOS 3.5 skinned with One UI Watch 4.5.

Stay tuned for more on these, as well as other products set to launch next month, at Samsung’s traditional summer Unpacked event. Besides the watches, we’re also expecting refreshed Pro earbuds, and the stars of the show, the latest Flip and Fold foldable flagships.