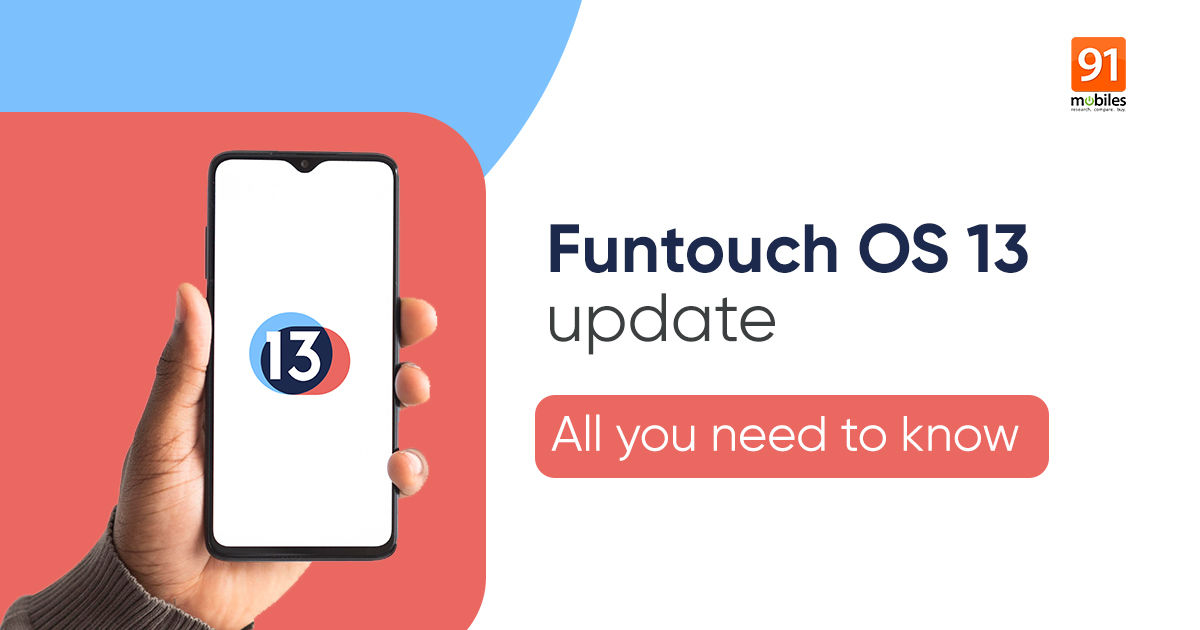 Funtouch OS 13 is the latest custom Android skin for Vivo and iQOO devices. Based on Android 13, the new skin will start rolling out to compatible devices soon. The FunTouch OS 13 brings a host of new features and quality improvements, which are said to enhance the overall user experience and get things done more efficiently. Some major changes have also been made on the design and customisation side of things, with deep theming integration, throughout the custom Android skin. So, in case, you’re wondering when your device will receive the Funtouch OS 13 update and want to know about its features, beta enrollment process, and more, we have got you covered in this quick guide. Read on to find out. 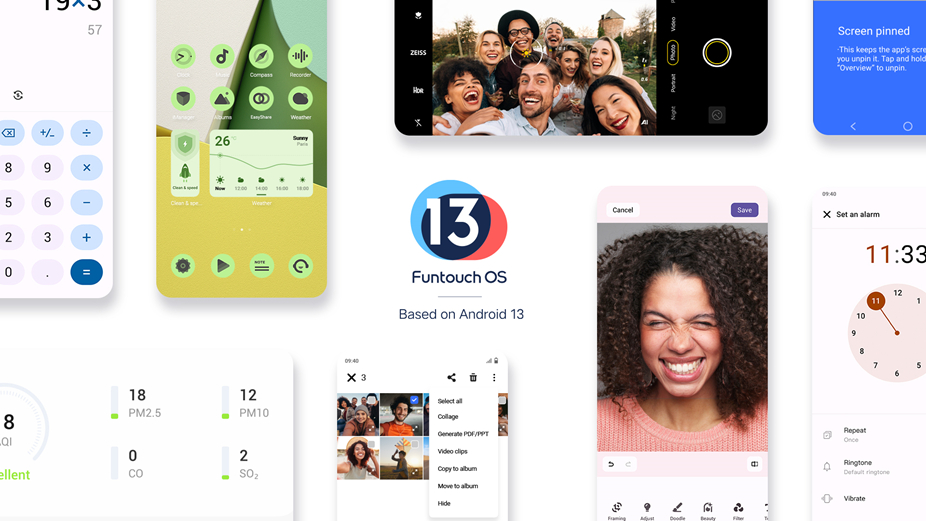 The FunTouch OS 13 was officially announced on October 26th. The beta program of the custom Android skin has already been initiated. So, it is only a matter of time before the public version of the skin is released for everyone. The first batch of devices set to receive the Funtouch OS 13 update will be the high-end flagship phones from Vivo and iQOO.

Below is the list of Vivo smartphones, which will be getting FunTouch OS 13 update. Do note that these smartphones will be first treated with beta updates before getting the stable version. 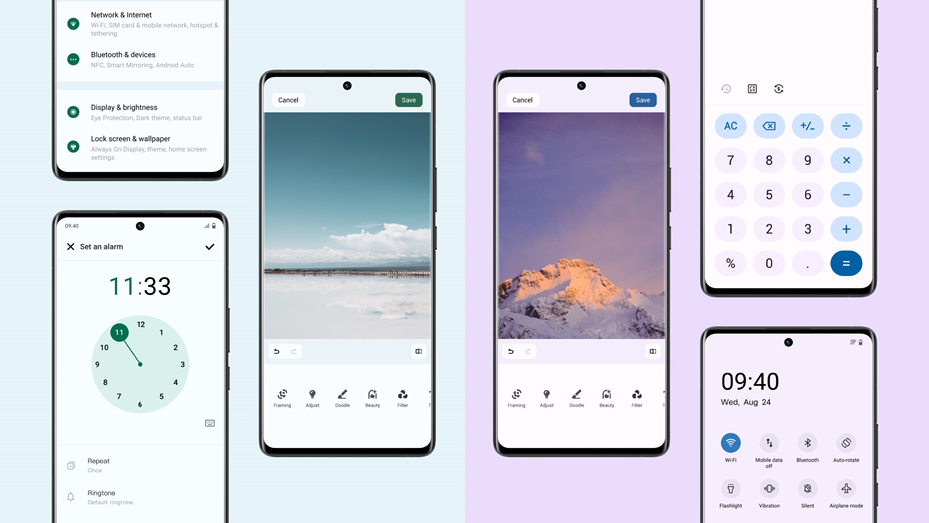 Much like Vivo, these iQOO phones will also get the beta version of FunTouch OS 13 first. Interested users can download the beta build and provide their feedback in case of any bugs or issues with the new software skin. However, we would advise you to not download the FunTouch OS 13 beta update on your primary Vivo or iQOO device.

How to install Funtouch OS 13 Beta

Since Funtouch OS 13 will be initially released in a beta form for every compatible device, here’s how you can install the beta build once it’s rolled out for your device by the company.

Funtouch OS 13 brings a host of new features and changes. Since it’s built on top of Android 13, users can expect all the core privacy and security features baked into the new version of the Android. Here’s a look at some of the prominent features of Funtouch OS 13.

Funtouch OS 13 is revamping the look and feel of the icons on the home screen by bringing a monochrome design where the icons have black outlining with a specific shade of colour based on the wallpaper. Speaking of colours, Funtouch OS 13 now provides several colour presets to choose from that can be applied throughout the UI including system apps, app drawer, notification panel, volume picker etc. 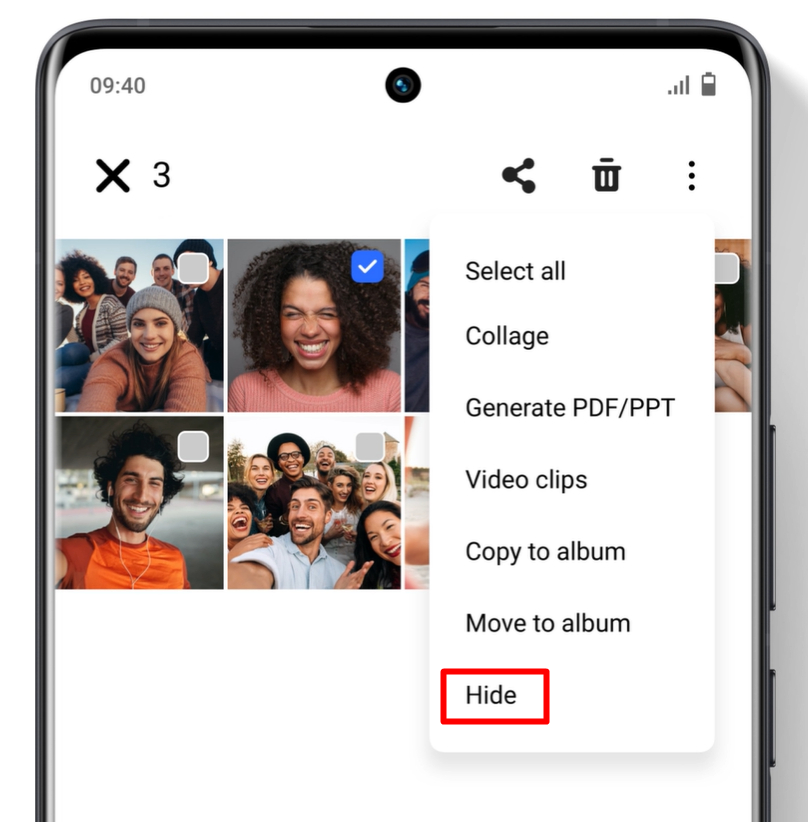 A hidden album has been implemented in the gallery app to enhance the privacy of the users by keeping images and videos in a locked folder. This will prevent intruders from peaking into certain media files they’re not supposed to see.

Considering the high levels of air pollution these days, Funtouch OS 13 brings a brand new AQI widget, which provides key details related to air quality such as PM2.5 and PM10 levels. This widget can be easily placed on the home screen and can also adapt to the wallpaper colours to bring about a personalised look and feel.

Assistance settings is an all-in-one hub to find all the options related to device accessibility such as ‘font & display size’, ‘magnification’, ‘TalkBack’, and ‘colour correction and inversion’ among several others. With such settings bundled together in a place, it makes it easy for all individuals to tweak the specific settings on their phones without any external help.

Vivo has made several optimisations under the hood that intelligently reduces and pauses the number of apps running in the background to prevent overheating. This can come in handy while playing games as the system can prioritise the resources more optimally wherever it is required.

Professional approach to the camera 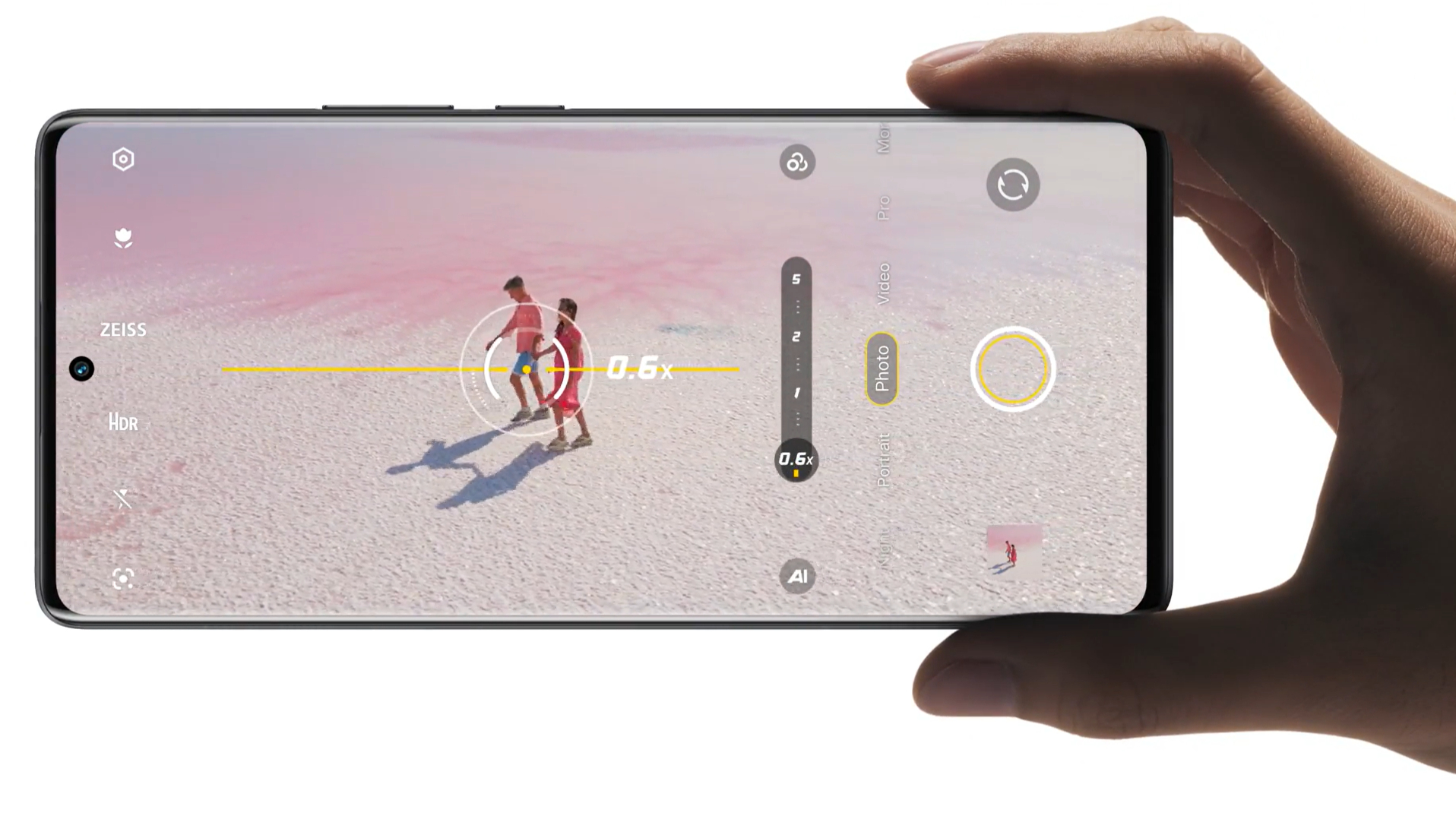 Functouch OS 13 also brings some additions to the camera app such as implementing a ‘Stabilization ring’ for more accurate and well-framed pics. Apart from that, to change the vibrance, brightness, contrast, and exposure levels, users can now simply swipe horizontally or vertically within the viewfinder to fine-tune the shot without going into the pro mode. 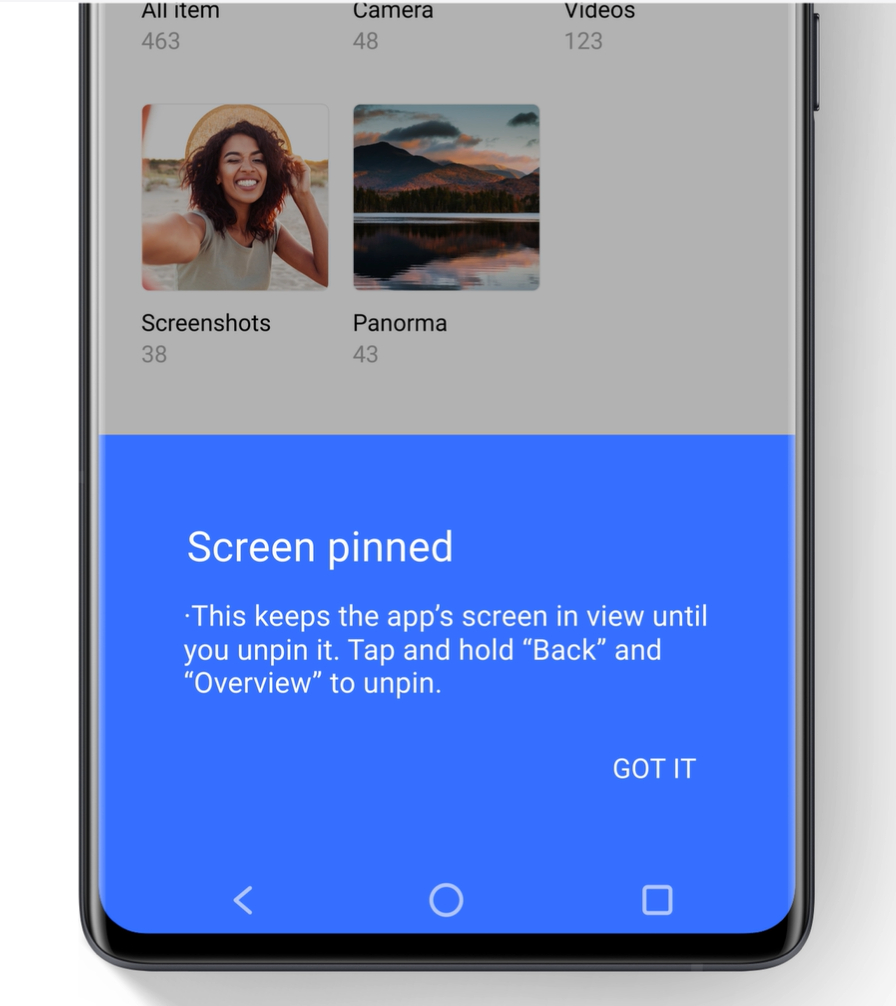 After being present on Android for several years, app pinning finally debuts on Funtouch OS with the latest version. App pinning, as the name would suggest, keeps a certain app pinned on the screen that cannot be closed until both the back and recent (overview) buttons are pressed together. The perfect use case of this feature could be to prevent others from browsing through your phone when you lend it to someone with a specific app opened. Do note that app pinning is only available when using the 3-button navigation bar.

Funtouch OS 13 brings along all the goodness of Android 13 such as an active app manager to get a glimpse of apps running in the background from the notification panel, a brand new music player layout, better control over app notifications, setting a language on a per-app basis, behind the scenes security improvements and more.

Vivo will roll out the Android 13-based Funtouch OS 13 beta update to several devices in January. These include Vivo V21 5G, V21e, Y75, Y73, Y72 5G, and Y53s. Upon registering for the beta update, users can expect their devices to receive the OTA in the next couple of days.

According to a user on Twitter, Vivo has started rolling out the Funtouch OS 13 update to the X70 Pro+. The update comes at a size of 5.87GB and tags along the December 2022 security patch. Apart from that, users can expect several Android 13 goodies with the said update.

According to a post on iQOO’s official community page, the iQOO Z3 5G has started receiving the trial version of Funtouch OS update in India. The update comes at a size of 4.52GB with the build number PD2073F_EX_A_8.71.9

iQOO Z6 Lite is reportedly receiving Funtouch OS 13 custom skin built on top of Android 13. The update comes at a size of 4.76GB with the build number 12.0.7.5.W30.V000L1 in India. Users can expect the update to land on their devices anytime now.

The iQOO 7 and iQOO 7 Legend launched back in early 2021 have finally started getting the taste of Funtouch OS 13 custom skin. Based on Android 13, the latest firmware update brings a host of new features, customisation options, and stability improvements on both smartphones.

After the iQOO Z6, the next device in line to receive the stable build of Funtouch OS 13 is iQOO Z5. The update comes with design improvements and also brings along Android 13. Weighing at 5.12GB, owners of Z5 can download the update by going into the ‘update’ section within the settings app.

Vivo has started to release the stable Funtouch OS 13 update for Vivo X80 Pro. The update comes with the firmware version PD2185BF_EX_A_13.1.10.13.W30 and weighs 6.24GB in size. Those who haven’t received the OTA update notification can go to the ‘update’ section within settings to manually download the update.

Funtouch OS 13 has rollout has trickled down to midrange smartphones such as iQOO Z6. The smartphone is reportedly receiving the latest software skin built on top of Android 13. The update comes at a size of 4.74GB with the build number PD2201F_EX_A_13.1.12.3.W30.V000L1 in India. Users can expect the update to land on their devices anytime now.

According to a post on the iQOO community, the iQOO 9E has started receiving the official build of Funtouch OS 13 in India. The build number of the update is said to be PD2154CF_EX_A_36.3.9 and can be downloaded from the phone’s setting app.

The iQOO Neo 6 is reportedly receiving the stable firmware update for Funtouch OS 13 based on Android 13. The build number is said to be PD2199F_EX_A_13.1.7.7.W30.V000L1 and comes at a size of 5.05GB. Users willing to experience the latest software skin should keep an eye out for the OTA update notification.

Vivo has pulled the wraps off its latest software skin, Funtouch OS 13 and unveiled a list of eligible devices set to receive the update along with a beta rollout schedule. The new software based on Android 13, brings a fresh coat of paint and some nifty features under the hood.

Apex Legends Mobile shutting down in May; here’s why