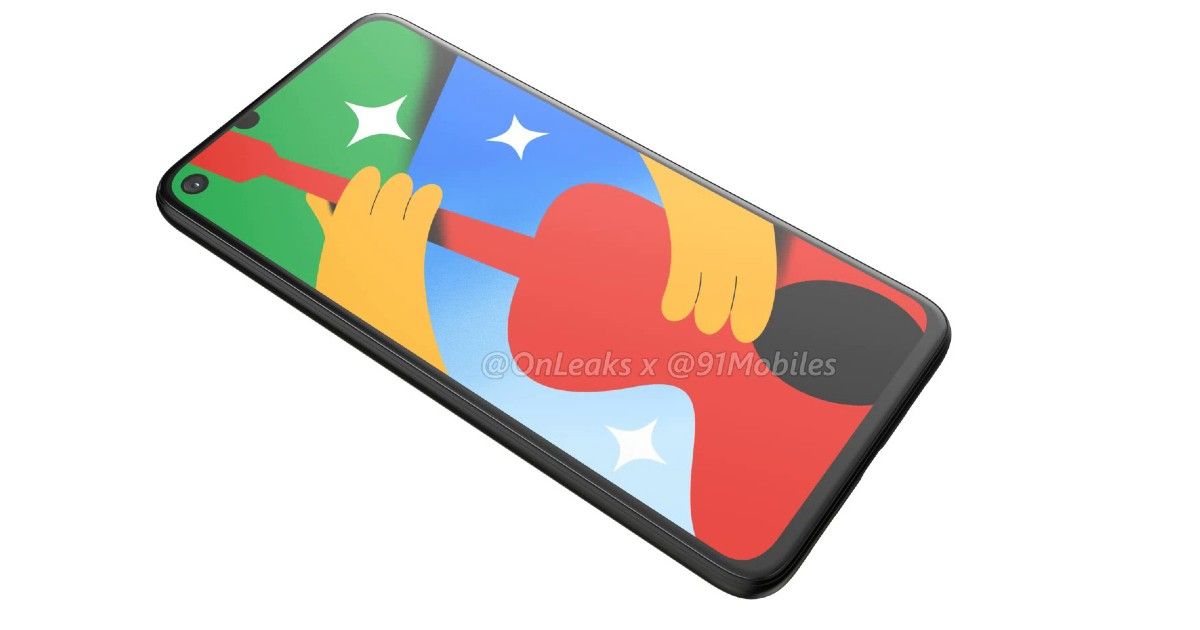 When Google launched the Pixel 4a earlier this month, it also announced that the Pixel 4a 5G and Pixel 5 would be coming this fall. Now, 91mobiles has collaborated with tipster @OnLeaks to bring you exclusive CAD-based renders of the upcoming Pixel 4a 5G. This comes just a day after Pricebaba brought you Pixel 5 renders. The 5K renders and 360-degree video of the Google Pixel 4a show off the design of the phone from all angles. Unsurprisingly, it seems the device will look similar to the non-5G Pixel 4a and the Pixel 5.

The renders show Google Pixel 4a 5G will sport a display roughly around 6.1-inch or 6.2-inch and will measure 153.9 x 74.0 x 8.6mm (9.5mm with the camera bump included). The display will be flat and will feature a single punch-hole cutout for the selfie camera on the top-left corner. The handset will have minimal bezels and very likely flaunt a plastic unibody design instead of metal. The Google Pixel 4a 5G will get a rear-mounted fingerprint sensor. It will also get a familiar square-shaped camera module that will house dual cameras as well as a third sensor, along with LED flash.

The power button and volume controls are placed on the right side of the frame. The top edge of the phone will sport a 3.5mm headphone jack, while the bottom edge will house dual speakers and a Type-C port for charging. While the renders show Pixel 4a 5G in a black colour option, there are rumours that the phone will be available in white as well.

Earlier this month, the Google France website inadvertently revealed that the Pixel 4a 5G pre-orders would begin on October 8th. The Pixel 4a 5G will be priced at $499 (approx Rs 37,500). Fans in India, however, should not get too excited about the renders as the company has confirmed the Pixel 4a 5G and Pixel 5 will not be launching in India.

The non-5G Google Pixel 4a, on the other hand, is slated to release in India in October. The smartphone features a 5.8-inch full-HD+ OLED punch-hole display, Snapdragon 730G SoC, a single 12MP rear camera, and an 8MP selfie camera. The handset runs Android 10 OS out of the box and houses a modest 3,140mAh battery which supports 18W fast charging under the hood. Additionally, there is a rear-mounted fingerprint scanner for security. The Google Pixel 4a price is set at $399 (approx Rs 26,000).