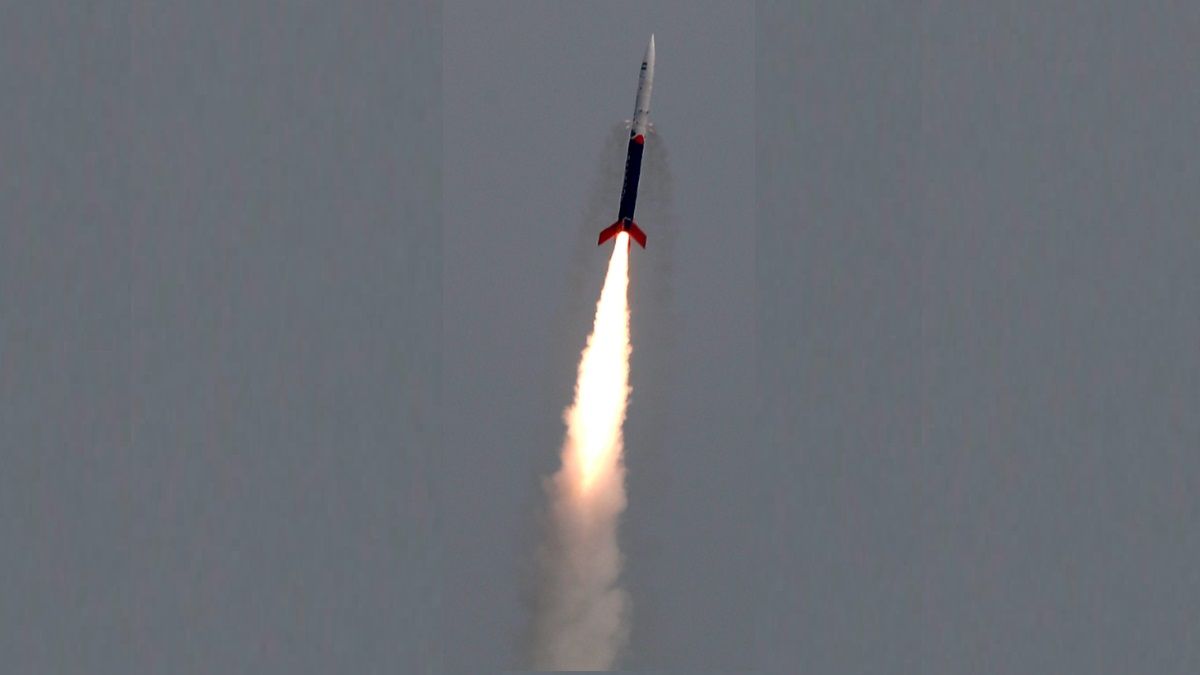 The first privately developed rocket in India’s space industry, the Vikram-S, was successfully launched by ISRO at 11:30 am on Friday from Sriharikota. The mission, named ‘Prarambh’, saw the rocket carrying three payloads weighing a total of 83 kg. Just three minutes into liftoff, the rocket reached an altitude of 81.5 km. Just before five minutes since launch, the payloads separated and the rocket crashed back into the Bay of Bengal after successfully deploying the payloads in orbit.

The Vikram-S, developed by four-year-old Hyderabad-based Skyroot Aerospace, is named after Indian physicist and astronomer Vikram Sarabhai, who pioneered space exploration and contributed to the country’s development of nuclear power. The payloads were from Space Kidz India, Bazoomq Armenia and N-Space Tech India and have sensors to study accelarration and pressure, among other things.

The launch of Vikram-S was scheduled for November 15th; however, later, it was pushed to November 18th on account of bad weather.

The Vikram-S series consists of Vikram-I, Vikram-II, and Vikram-III. The Vikram-I and Vikram-II each have a payload capacity of 480 and 595 kilograms, respectively, for Low Earth Orbit. Meanwhile, the Vikram-III can launch with an 815 kg to 500 km Low Inclination Orbit. They are created to launch small satellites, which will support communication services like broadband internet, GPS, IoT from space, and earth imaging.

Vikram-S: Here are some facts about it

Using carbon composite frameworks and 3D-printed components, Skyroot Aerospace developed the rocket over around two years with over 200 engineers. Skyroot Aerospace’s technology for launching payloads up to 800 kg into Low Earth Orbit (LEO) will be validated by this mission, known as “Prarambh”.

The rocket is a small-lift launch vehicle that will “signal the beginning of a new era for the space industry, which was liberalised by the government in June 2020 to allow for private-sector participation,” as per Skyroot Aerospace.

India’s Mangalyaan mission to Mars, meant to last 6 months, ends after 8 years due to no fuel: Report