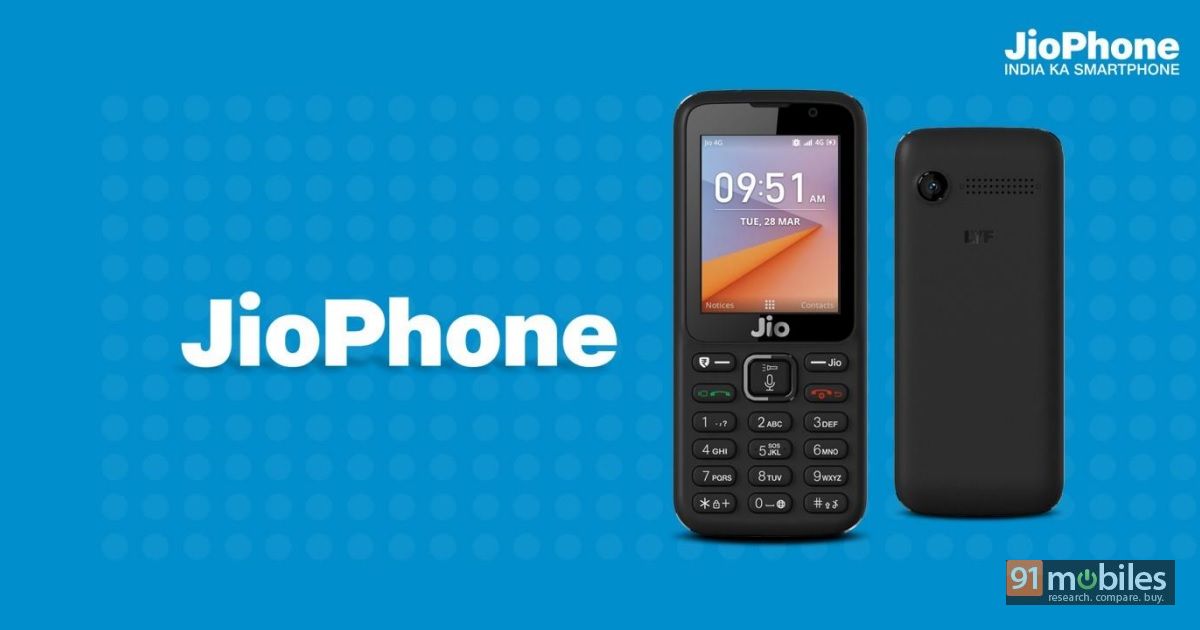 Just yesterday, we brought you exclusive live images of the much-awaited JioPhone, which confirmed the presence of a front camera on the handset. Today, 91mobiles has obtained an internal Reliance Jio document, which has revealed all the details about the 4G LTE and VoLTE-enabled feature phone. 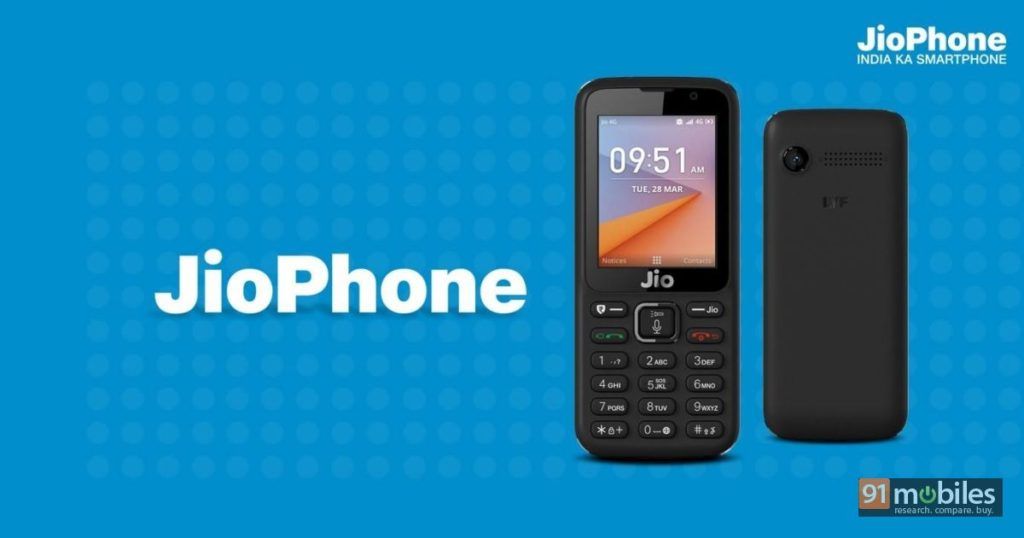 The leaked internal document reveals that the JioPhone will have a 2-megapixel camera at the rear and a VGA snapper on the front for selfies and video calling. The phone has LYF branding at the rear along with the primary shooter and a loudspeaker. Another interesting piece of information this document reveals is that the JioPhone will have 4GB of built-in memory, which will be further expandable up to 128GB via a microSD card. 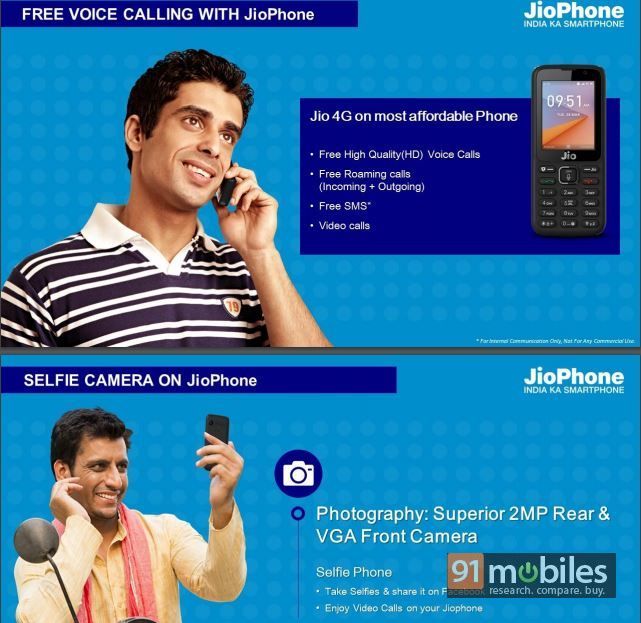 The “India Ka Smartphone” will offer access to live TV with up to 400+ channels and seven days catch up in 15+ languages and 10+ categories via the Jio TV application, which was already confirmed at the launch. The Jio Cinema app will also be present on the phone to offer access to movies and music videos. As was mentioned earlier, you can connect the JioPhone to any television – even a CRT model – to watch TV and movies. 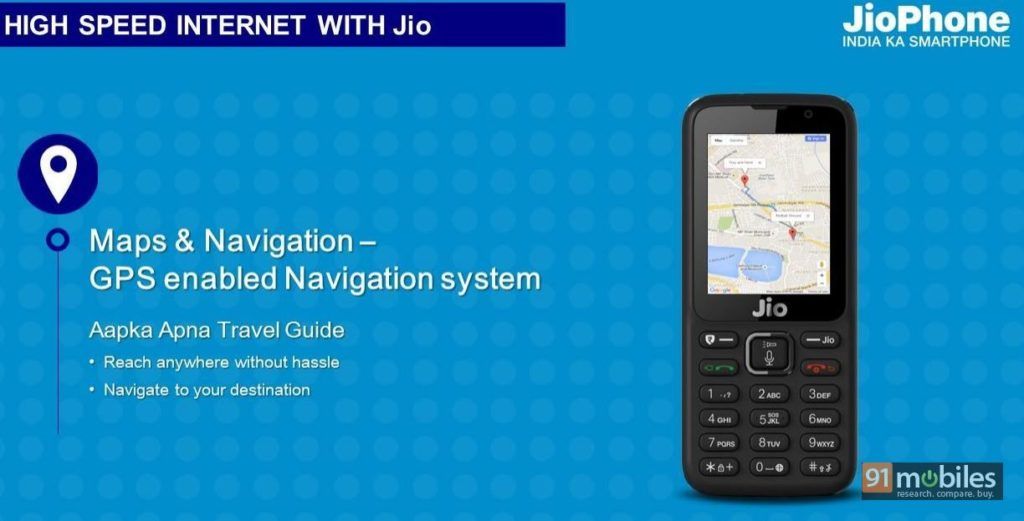 Most importantly, the document confirms that the JioPhone will have GPS support alongside a dedicated mapping application.

Furthermore, the internal document suggests that the JioPhone will have a built-in browser, which will allow you to access websites like Facebook, YouTube, and more. However, we still haven’t been able to confirm the presence of a dedicated Facebook app on the device yet. The handset will offer communication support in 22 Indian languages. The Jio assistant will let you open apps, make calls, and browse the internet by just using voice commands.

As far as the sales are concerned, the JioPhone will be available for pre-booking to the public starting August 24th. To purchase the device, you will need to deposit a Rs 1,500 security fee, which you can get back after returning the device in three years.