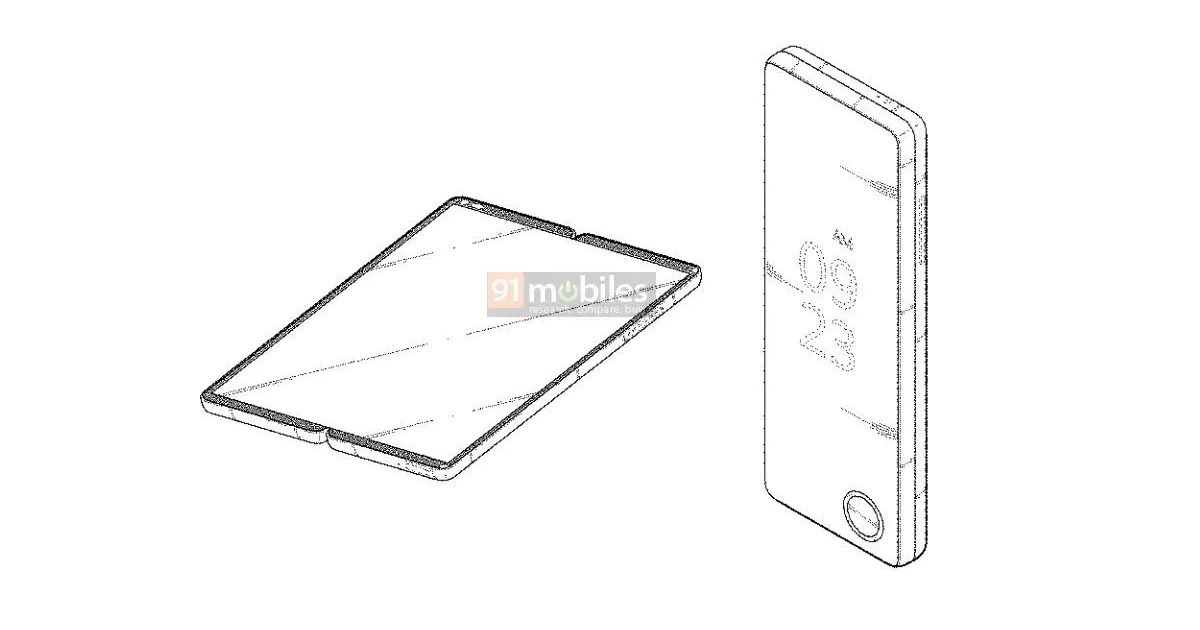 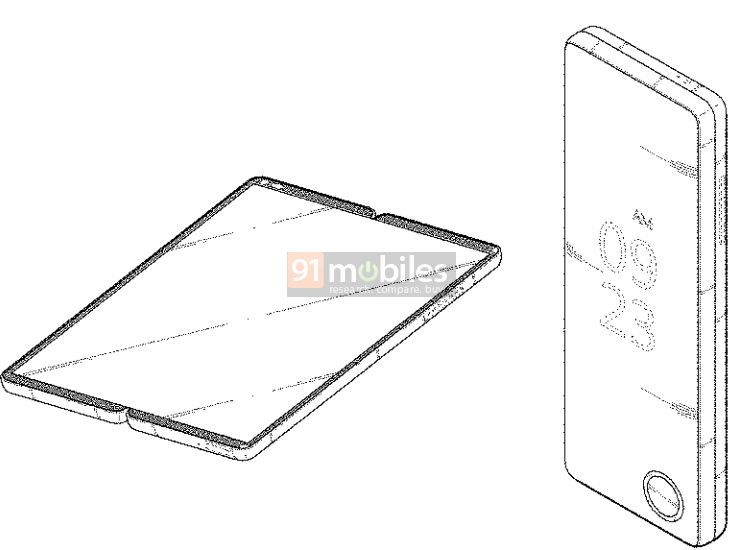 At this year’s MWC in Barcelona in February, LG introduced its first smartphone with two screens (of sorts), called the V50 ThinQ. The phone arrived with a modular design that lets you attach a secondary display to it. The company is working on a couple of smartphones featuring a foldable screen as we have already seen a couple of patents from the brand featuring such products. Now, yet another offering in this segment from the vendor has been patented by the United States Patent and Trademark Office. 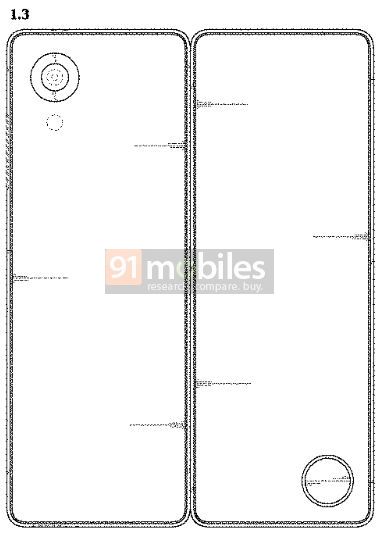 Spotted on USPTO’s website, the patent shows a device with a single foldable screen. Notably, unlike the foldable phone from Samsung, the Galaxy Fold, the one from LG doesn’t have any hinge to connect the two screens. The LG patent seems to have a single camera at the rear, as well a circular port at the bottom of the rear, which could be used for a fingerprint sensor.

Furthermore, the design details on USPTO’s website suggest that the LG foldable phone could have a screen on the outside, but it could have smaller bezels than the one on the Galaxy Fold. A 3.5mm headphone socket is not visible in the images, so the brand will probably skip it on its foldable offering. The volume rocker is placed on the right side, while the power button is placed on top.

Unfortunately, no other details about this LG foldable smartphone have been revealed by this patent at the moment. We will update you more on the matter as soon as the company officially announces anything.