“The G5 offers everything you could ask from a smartphone camera. But is that enough?”

The use of dual camera sensors on smartphones isn’t a new phenomenon. HTC pioneered the concept with the Evo 3D back in 2011, and since then, we have come a long way. Not just the top-tier manufacturers, but even indigenous brands like XOLO have joined the club. The important thing to note however, is that every manufacturer has made use of dual cameras in a different manner. The Evo 3D aimed to offer 3D photos by stitching two images into one, while the One M8 (review) offered some cool features thanks to its depth sensor, which accompanied the primary snapper. The QiKU Q Terra (review) promised superb image quality with the primary camera capturing pictures normally and the secondary one clicking them in greyscale. 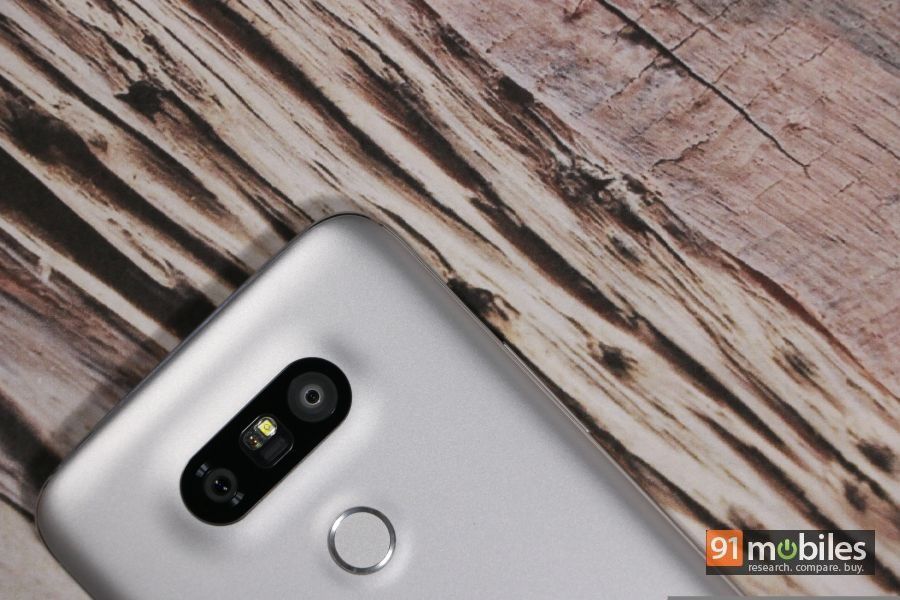 With the G5, the Korean brand LG has also jumped on this bandwagon, but with its own take on this idea. It has a primary shooter rated at 16-megapixels which is given company by an 8MP camera at the rear. Individually, the 16-meg sensor with a wide aperture of f/1.8 can shoot normal pictures, but combined, the shooters can capture a wide angle of 135 degrees, which is unheard of in the smartphone space. In fact, this is more than the field of view of the human eyes. The best part of this feature is that you can switch between the usual mode and wide-angle view with a simple click. Of course, you also get all the bells and whistles of the modern-age smartphone cameras, be it the laser autofocus or optical image stabilisation. There’s dual-tone LED flash as well, to provide illumination in low-light conditions. 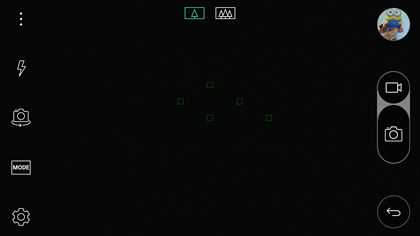 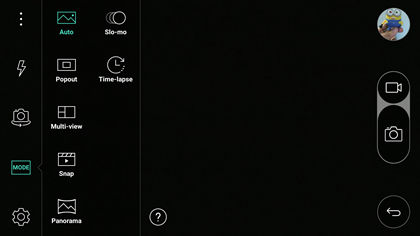 The camera app on the LG G5 is loaded to the brim with everything you could ask for. But don’t worry, if all this seems overwhelming to you, then you can enable the ‘simple’ mode, which strips the interface off everything else and lets you capture the image by tapping anywhere. With the ‘Auto mode’, you get quite a few options. If you have held the phone in the horizontal position, then the buttons on the right will let you switch between stills and videos, preview your previous captures or return to the homescreen. Towards the left, you will get options for accessing settings, change modes, enable the front camera, toggle the flash or use simple, auto or manual modes. The settings give access to features like grid, turning on OIS, capturing images with voice commands, enabling the self-timer, HDR mode or changing the aspect ratio, while mode offers options like Panorama, Snap video (combines short videos into one 60-second video), multi-view (use all the three cameras together for a still or a video), etc. Time-lapse and slo-mo video options are also there. But perhaps the most interesting optio is popout, which lets you use the secondary camera for effects like Lens Blur and B&W, while the primary snapper shoots in a normal manner. Towards the middle, you get one-tap options to switch between normal or wide-angle lenses, although another option to switch between the two is by zooming in. One neat feature is the ability to share the clicked media on social networks directly, thanks to the button alongside the preview images. 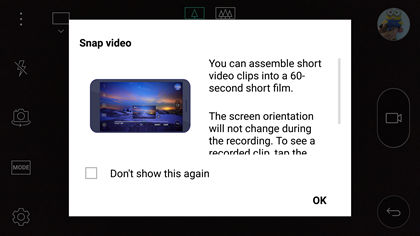 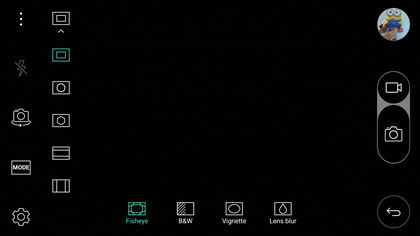 That’s not all… switch to the manual mode and you get granular controls over the image settings. You can adjust shutter speed, ISO levels ranging from 50 to 3200, change exposure or focus and even manipulate the whitebalance. Instead of the choosing between the presets, you can choose the temperature, something which is usually available on DSLRs. The G5 also gives you the ability to save images in the RAW format. 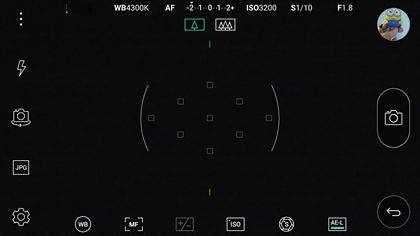 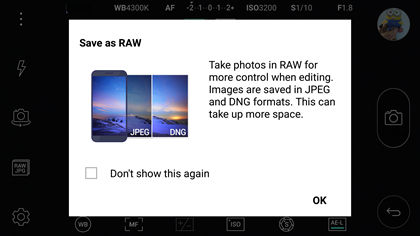 Clearly, the specs and features suggest that the LG G5 is everything you could ask from a smartphone camera. But is that enough? We’ll let the captured images (with 16:9 aspect ratio) to do all the talking. 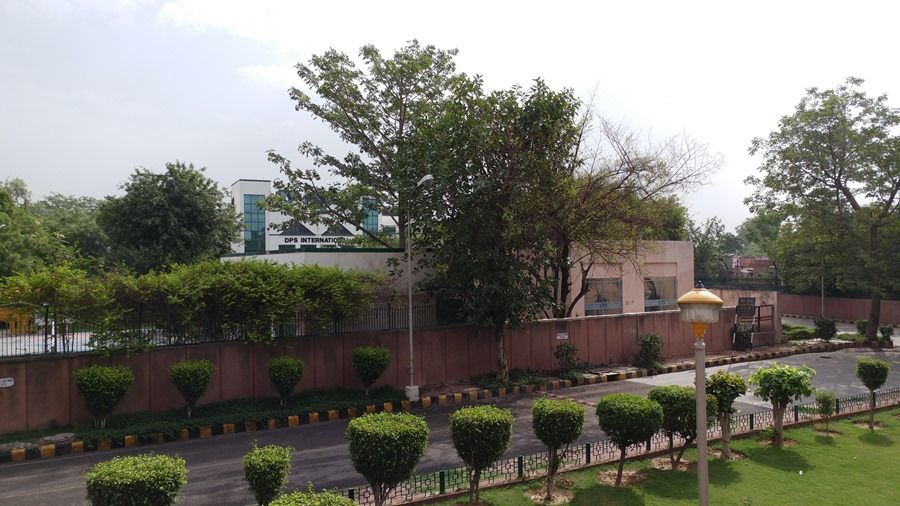 The primary snapper on the LG G5 has done an excellent job in capturing this scene, with ample details and impressive colour reproduction. The contrast levels are also nice, since you can see different shades of green on the leaves. The impressions remain the same even when the image is viewed in the original resolution since the details aren’t lost. 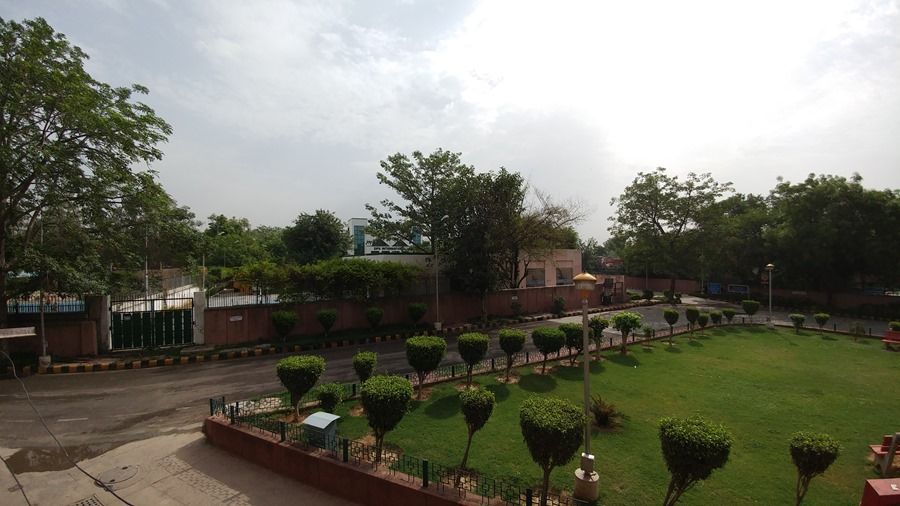 One of the biggest arguments against smartphone cameras when compared to DSLRs, is the fact that they can’t be used for landscape shots well since there’s only so much a sensor on the phone can capture. But as mentioned, the G5 is able to more information in the same frame thanks to its secondary 8-meg camera. The above image has been taken from the same position and as you can see, it offers a much wider view.

What’s noteworthy is that you can switch between the two modes in a jiffy, and it can be used in all the situations, be it photos or videos or modes like HDR. Here are some more examples of LG G5’s wide-angle prowess for your viewing pleasure. 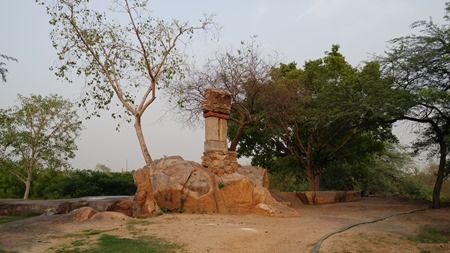 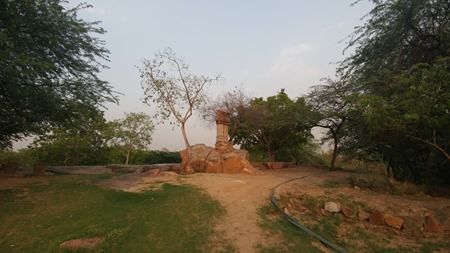 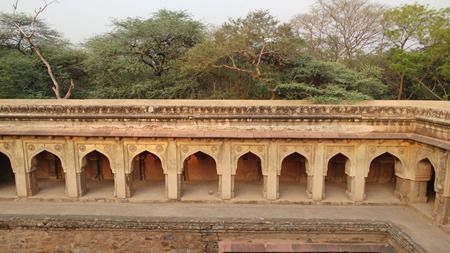 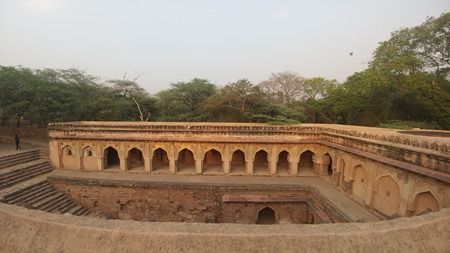 It goes without saying that we absolutely love G5’s wide-angle capabilities. It’s able to fit in more details to the same frame without any additional effort, but that doesn’t mean it’s perfect. If you notice closely, then the 8MP snapper isn’t able to keep up with the main camera of 16-megapixels, and thus at the full resolution, there’s a lot more noise. However, for casual sharing purposes, the images are pretty good.

Another problem we noticed is that the wide-angle camera has a fisheye effect due to the distortion towards the edges. It’s not apparent in the previous samples, but take a dekko at the images below and you’ll know what we mean. 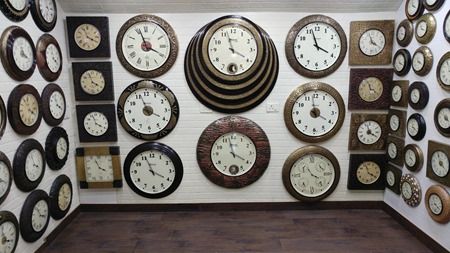 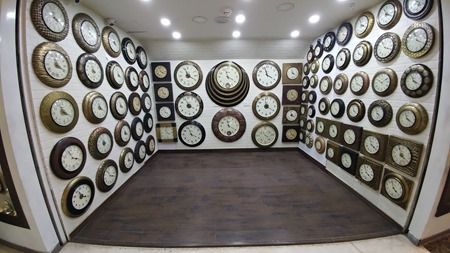 The inclusion of the wide-angle camera on the LG G5 is commendable, but it shouldn’t be used in every situation. For most shots, the primary snapper would be able to deliver a better quality, but when you are shooting landscapes, then the secondary shooter definitely helps. The LG G5 seems to have done a fine job with the long shot, and it’s managed to impress even more with its close-up capabilities. Its 16-meg shooter has captured a good amount of detail along with accurate colours. The depth-of-field effect with all the leaves being blurred, adds to the charm of this image. Let’s see if the sharpness levels remain the same when it’s zoomed in.

Close up (with zoom) 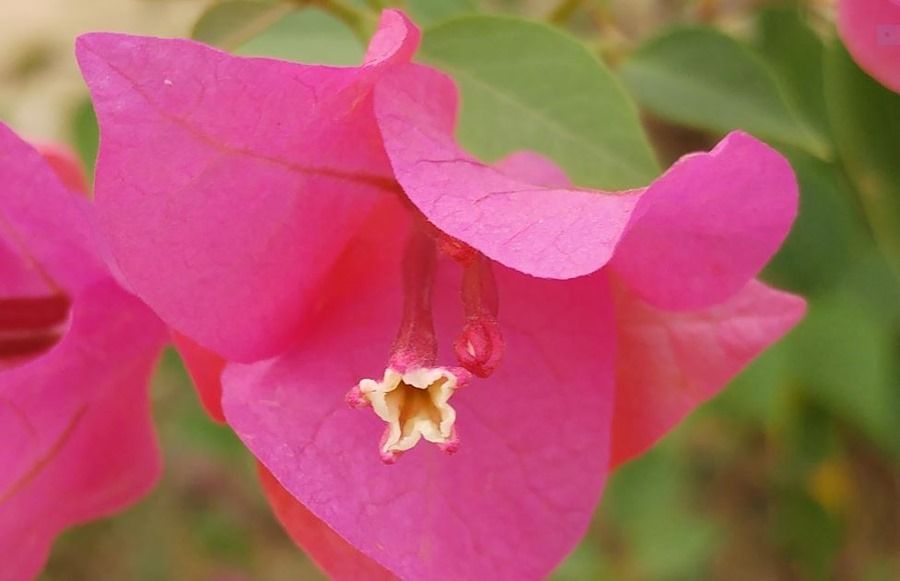 Magnifying the same image doesn’t change our opinions as the stigma in the middle is clearly visible and the edges of the petals are also sharp. The DoF effect continues to enhance the image. 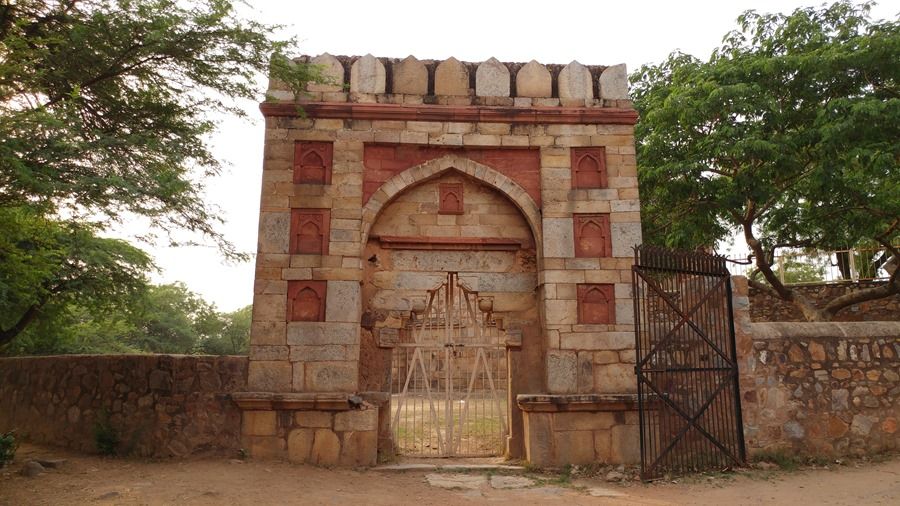 Like most devices these days, HDR mode is turned to automatic in the LG G5 by default. But for the purpose of this review, we have switched it off to see the actual capabilities of its shooter. If you are wondering about the HDR capabilities of the flagship, then the image above serves as a perfect test case. As such, it seems to be nice with the structure in the front offering good details, and so do its surroundings. 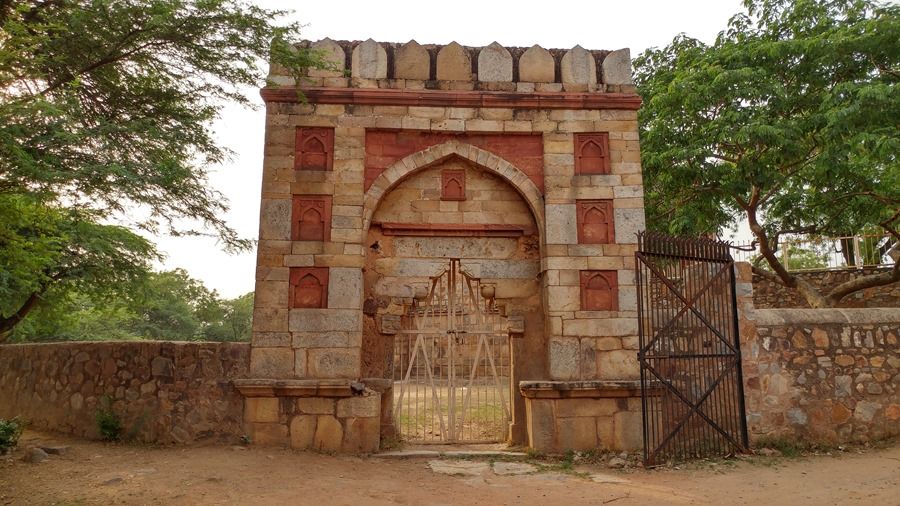 With the dynamic range turned on, the same scene looks much better. The same structure, adjoining wall and trees look brighter and thus are eye pleasing. The good thing is that the smartphone doesn’t take time in processing HDR images. 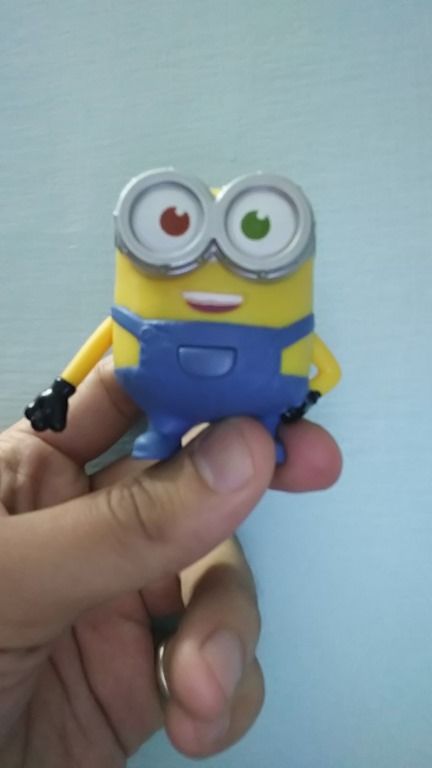 The 5-meg snapper at the front of the LG G5 is pretty good in good lighting conditions. It’s able to offer decent sharpness and colours are also punchy. Although, if you start zooming in, then the noise starts creeping in. The smartphone also has a beautification mode to enhance your selfies, though for the purpose of this review, we have turned it off. In dim environments, you can enable the screen flash feature, which allows the front camera to utilise screen’s brightness for getting illumination to capture the photo. 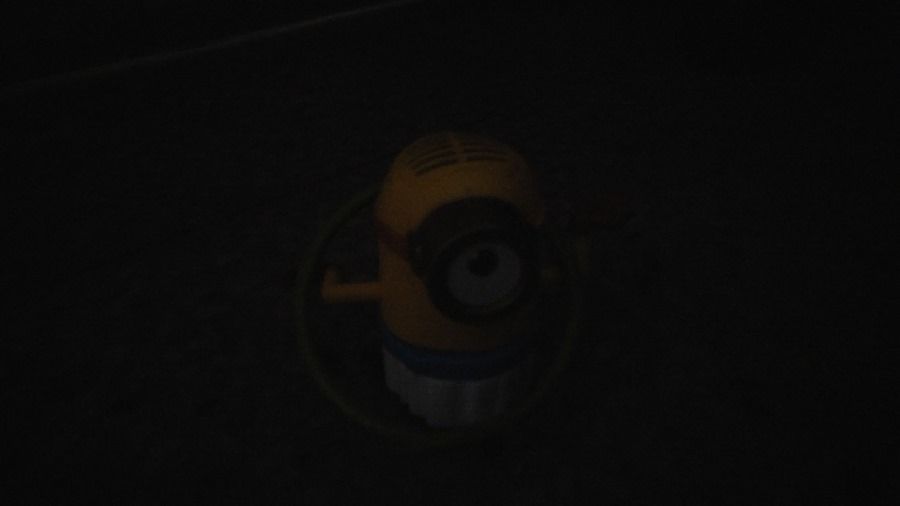 Poorly-lit environments spell doom for the phone cameras, but of late, we have started seeing smartphone makers pay a special attention to this aspect. The Korean company has also tried to do the same with the G5, as it seems to have done a fine job in such settings. It’s able to capture the object well along with its colours. Of course, the image is noisy, especially when you check it in its original size. 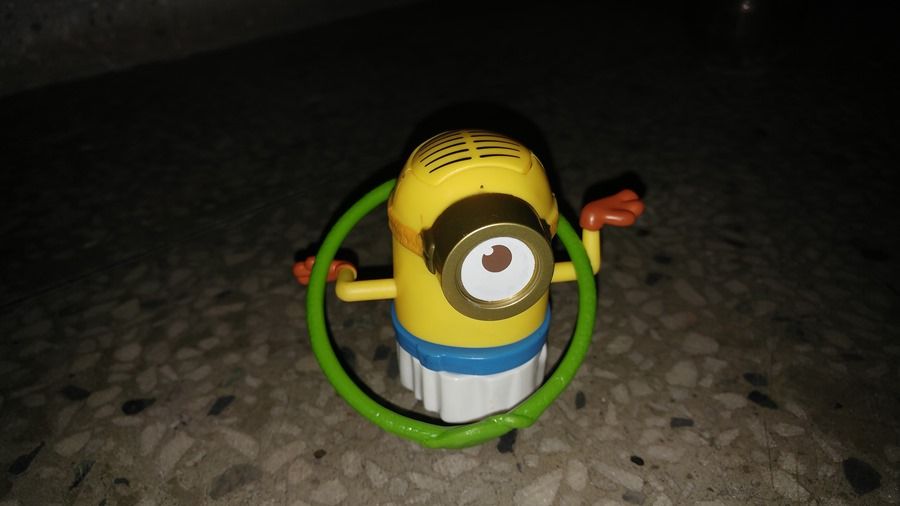 Turn on the flash and the object, which is Egyptian Hula Minion, can be viewed in its full glory. The LED flash is certainly powerful, and its dual-tone ensure that the illumination doesn’t make the scene look artificial. 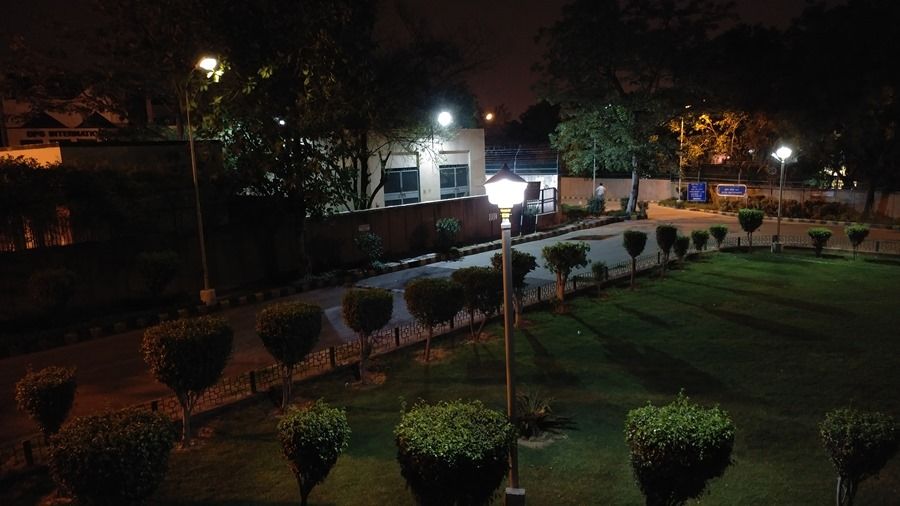 In the shot embedded above with street lights as the light source, the G5 has managed to do well. The image doesn’t miss out on any details, and colours are also natural. The halo effect around the light is also not as bad as we’ve seen on some devices. However, the sharpness isn’t as impressive, especially when the picture is viewed in its actual size.

The pictures captured by the LG G5 suggest that the latest flagship from the Korean giant is a very capable smartphone shooter. The images offer an impressive level of details and colours are well saturated. The HDR mode is also efficient and livens up things considerably. The camera is quite versatile and won’t disappoint you in any scenarios, and even low-light shots are decent. The phone is very quick to focus and manages to shoot quickly. Of course, the wide-angle lens is a big plus and is one of the best implementations of dual cameras that we’ve come across.

Overall, LG’s latest offering is able to match up to its arch nemesis – the latest flagships from Samsung – the S7 (camera review) and S7 edge, although the S7 duo fares slightly better with more appropriate colours.

The LG G5 is certainly much more than its camera, as our first impressions would point out. So, keep watching this space for our in-depth review of the smartphone, coming soon.