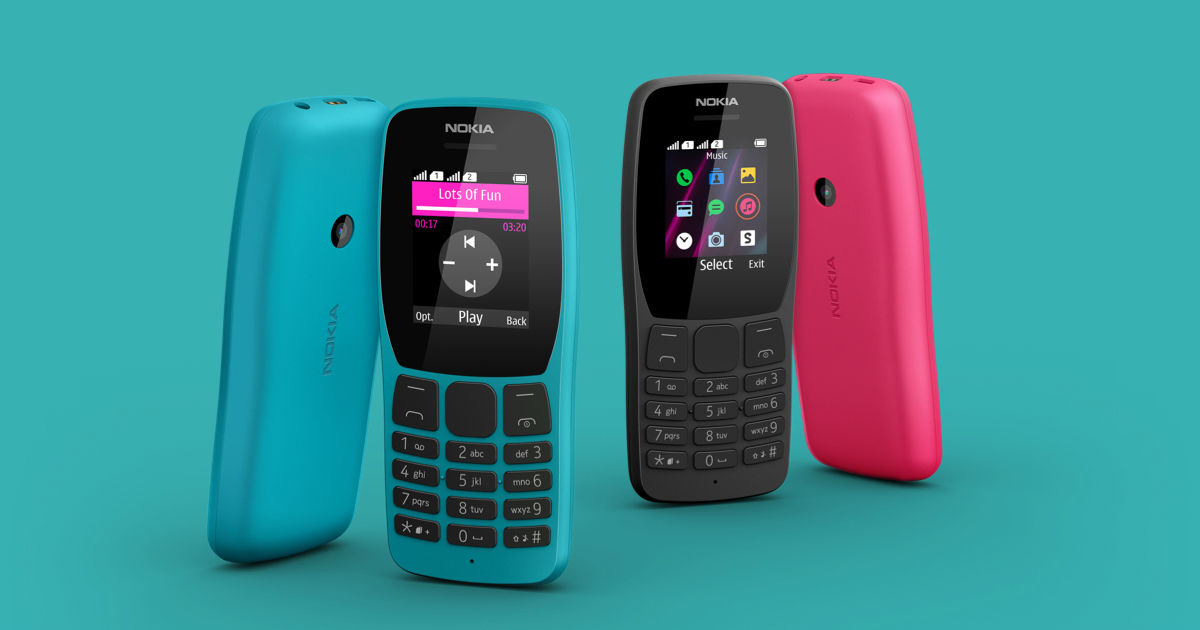 Nokia 110 feature phone has been launched in India. It was initially announced at the IFA event back in September. It comes with an MP3 player, FM radio, games like Classic Snake and four ‘try and buy’ games such as Ninja Up, Air Strike, Football Cup, Doodle Jump. The feature phone runs on Nokia Series 30+ OS and flaunts a 1.77-inch QQVGA display. The feature phone is priced at Rs 1,599 and comes in Ocean Blue, Black and Pink colour options. It will be available across the country starting 18th October 2019 through retail outlets and on Nokia website.

The Nokia 110 feature phone rocks a qVGA rear camera and mini-SIM connectivity. There is an 800mAh battery that is claimed to offer up to 14 hours of talk time on a single charge and standby time of up to 18.5 days. It comes with FM Radio, microUSB port, 3.5mm audio jack and LED torchlight. The handset measures 115.15 x 49.85 x 14.3mm And weighs 74.96 grams. It packs 4MB RAM and 4MB ROM that is expandable up to 32GB via microSD card.

Ajey Mehta, Vice President and Region Head, APAC and India, HMD Global, said, “Nokia 110 is a solid proposition for the Indian feature phone consumer who is looking for connectivity with entertainment in a form factor that is not only reliable and durable but also dons a personality that makes it stand apart amongst the number of feature phones out there. With music, games, photos and more, the Nokia 110 is truly a step up for feature phones consumers. I’m thrilled to add this beauty to our range of feature phones in India and hope consumers will check it out either in retail stores or online.”