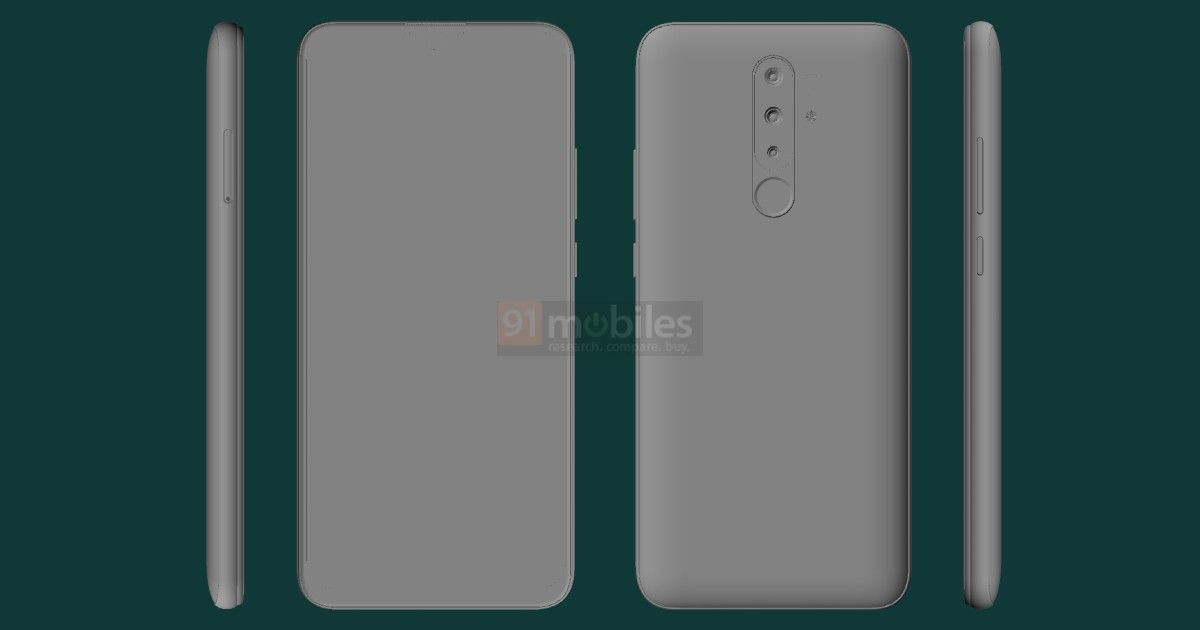 Nokia 4.3 will launch with a flat 6.5-inch display, waterdrop notch design, and triple rear cameras, 91mobiles can exclusively confirm as we have received CAD-based renders of the phone from a trusted source who wishes to remain anonymous. The renders reveal the Nokia 4.3 design from all angles along with a handful of key details. The phone looks similar to its predecessor, Nokia 4.2, which was launched in India last year in May. Nokia 4.3 launch date is yet to be revealed, but we now know that the phone will come with an additional camera at the back and a slightly taller form factor compared to the Nokia 4.2.

The CAD-based renders suggest that the upcoming Nokia 4.3 will come with a rear-mounted fingerprint sensor. The front of the phone will tout a waterdrop screen that is said to be 6.5-inch tall. The chin seems to be slimmer than the one on the Nokia 4.2. Around the back, the Nokia 4.3 will sport triple rear cameras vertically-aligned at the centre and an LED flash next to the camera module.

The Nokia 4.3 will get a volume rocker and power button on the right side of the frame, while the left side will house the SIM tray. Interestingly, it seems HMD Global will be dropping the Google Assitant button that was seen on the Nokia 4.2. The bottom edge of Nokia 4.3 will feature a Type-C port sandwiched in between a 3.5mm headphone jack and a speaker grille. The handset will measure 162.9mm x 77.1mm x 10.5mm. That’s all we know about the device for now.

In addition to the Nokia 4.3, the company also seems to be working on a new Nokia Android Go phone, Nokia 5.4, Nokia 3.4, and the flagship Nokia 10. Nokia is also readying to launch its first-ever laptop, called Nokia PureBook, in India soon.

Best 64GB microSD cards to expand storage on your phone