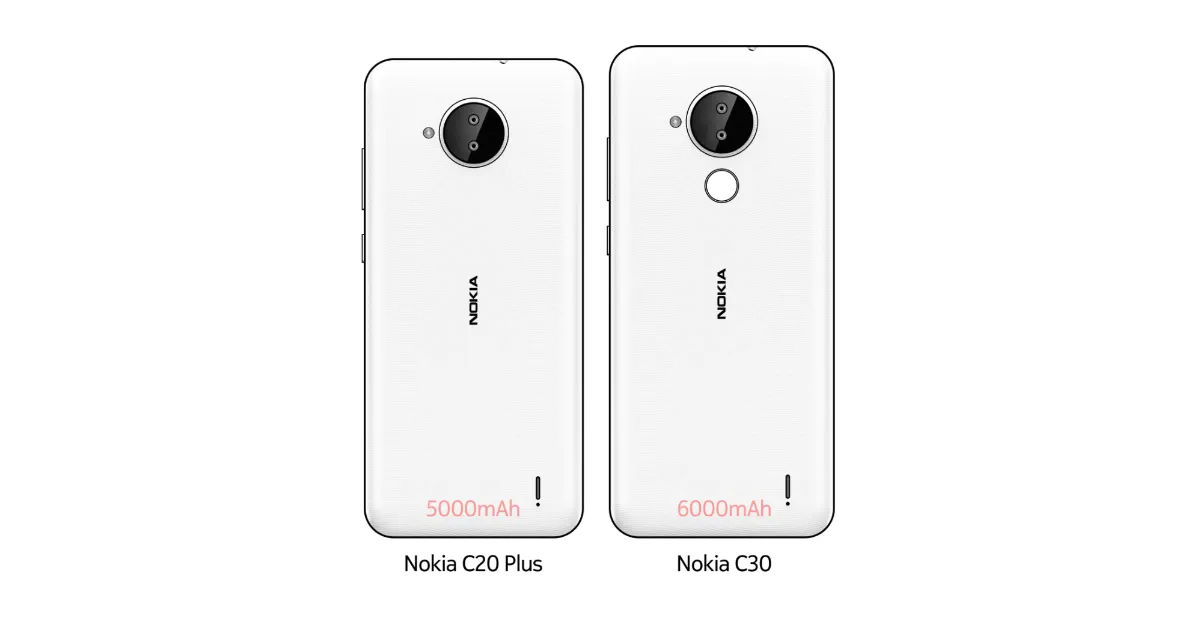 We discovered some Nokia C30 specs a while ago when both smartphones appeared on a Chinese website. Nokia wants to bring the smartphone to the U.S., too, by the looks of it. Gizmochina reports that the Nokia C30 has received FCC certification. As always, the Nokia C30 FCC listing is riddled with jargon that tells us very little about the phone’s specifications. It does, however, confirm its battery capacity and codename (TA-1357). The Nokia C30 battery capacity is rated at 5,850mAh, which should be plenty for a budget smartphone. Interestingly enough, 5GHz Wi-Fi isn’t supported, for some reason, which is odd, given that it is commonly found in most modern-day budget smartphones.

All we know about the Nokia C30 so far is that has two rear cameras and a capacitive fingerprint sensor at the back. We’re probably looking at a 13MP primary sensor and a 2MP macro/depth/monochrome sensor. It is hard to tell what chipset the Nokia C30 will run at this point. At best, we’ll probably get a Snapdragon 4xx or a similarly-specced MediaTek counterpart. Nonetheless, we can reasonably assume that it won’t be particularly power-hungry, so the 6,000mAh battery should go a long way.

Given the recent spate of appearances on multiple certification websites, it shouldn’t be long before the Nokia C30 and C20 Plus are official Both phones will likely be launched in markets such as China and the U.S. It is hard to tell if either device will make it to India, as they would be dead in the water trying to compete against budget offerings from the likes of Xiaomi and Realme.