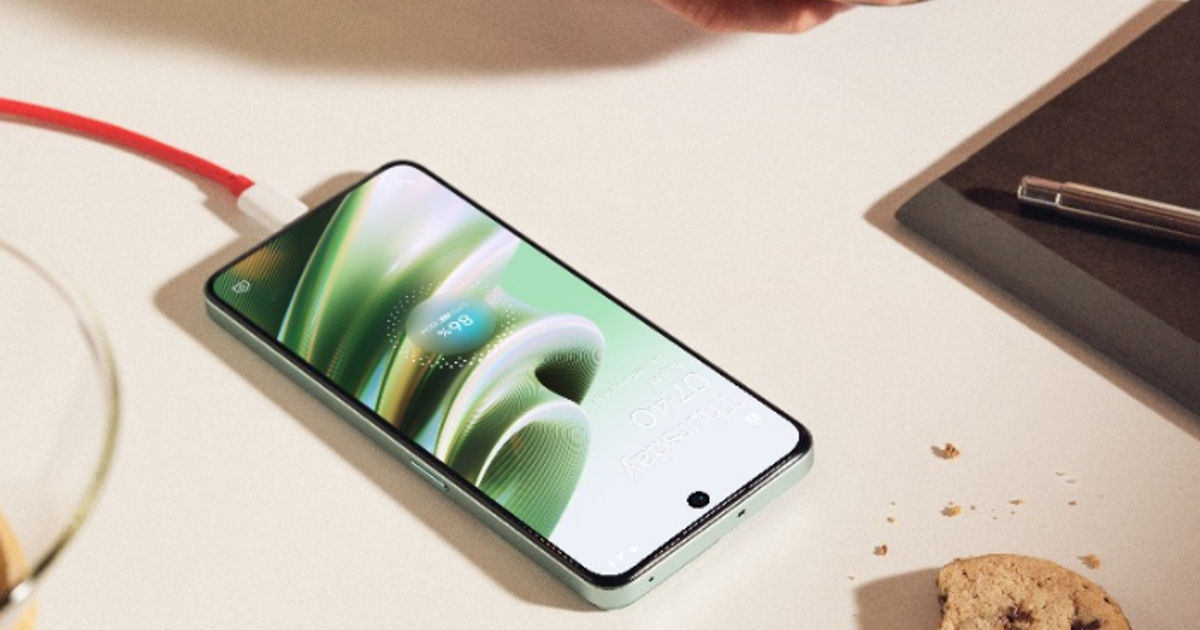 OnePlus 10R will launch in India on April 28th alongside the Nord CE 2 Lite and Nord TWS earbuds. The OnePlus 10R is expected to share similar hardware as the Realme GT Neo 3, including the fast charging support and chipset as well. It is the world’s first phone to come with 150W fast charging support and OnePlus has revealed that its upcoming OnePlus 10R will share the same technology. Now, OnePlus has confirmed the phone will also have a variant with 80W SuperVOOC charging technology similar to the Realme GT Neo 3.

For those unaware, Realme GT Neo 3 was launched in two versions: one with a 4,500mAh battery and 150W fast charging and another with a slightly larger 5,000mAhh battery and 80W fast charging. We can expect the same configuration for the upcoming OnePlus phone as well. This is also the first time we get to see the front design of the phone, showing the punch-hole cutout.

Getting a day’s power in just 10 minutes is your cup of tea now! Experience the 150W SUPERVOOC and 80W SUPERVOOC Fast Charging with the all new #OnePlus10R. Launching on 28th April. #MorePowerToYou

Considering the OnePlus 10R indeed shares similar hardware as the Realme GT Neo 3, we already know what’s to come. The phone is said to sport a 6.7-inch FHD+ E4 AMOLED display with a 120Hz refresh rate and HDR10+ support. It is confirmed to be powered by the MediaTek Dimensity 8100 chipset that will be paired with 8GB/12GB LPDDR5 RAM and up to 256GB UFS 3.1 storage.

The phone is likely to run on Android 12-based OxygenOS custom skin out of the box and pack a 4,500mAh battery with 150W fast charging and a 5,000mAh battery with 80W charging. Connectivity features could include 5G, dual-band Wi-Fi, Bluetooth, GPS, NFC and a USB Type-C port. It is said to be equipped with stereo speakers, Dolby Audio support and an in-display fingerprint sensor.

As for the cameras, the OnePlus 10R will feature a triple rear camera system, with a 50MP Sony IMX766 primary sensor with OIS, an 8MP ultra-wide Sony IMX355 sensor, and a 2MP Macro. It could come with a  16MP S5K3P9SP snapper on the front for selfies and video chats.

OnePlus Ace price, launch date, specifications, and everything we know so far