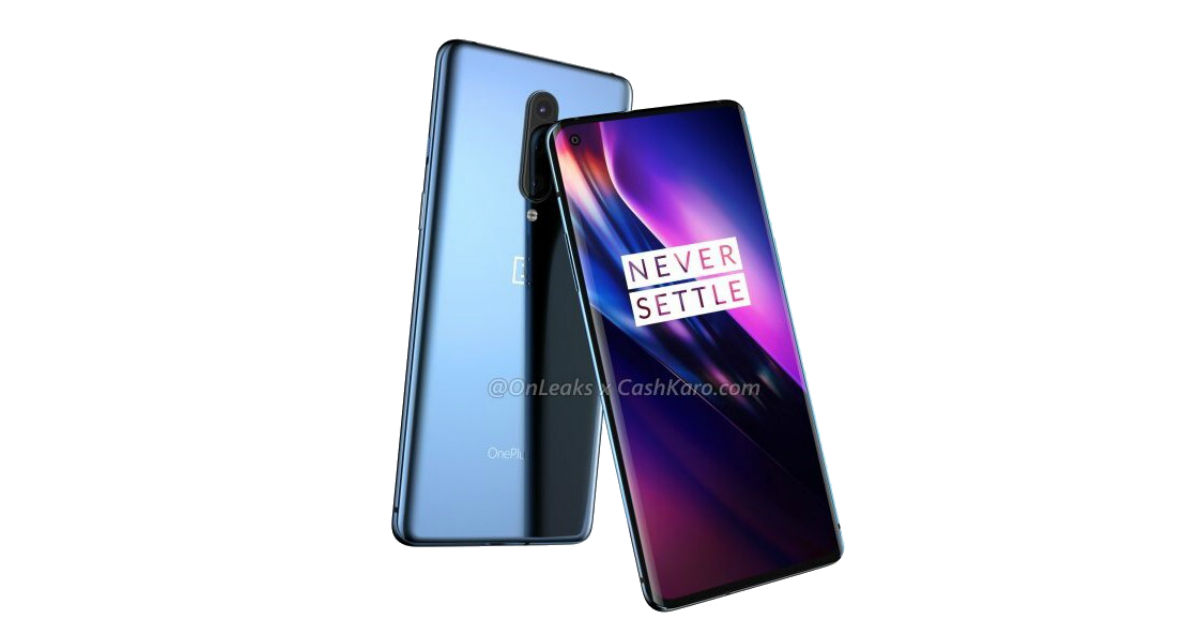 OnePlus 7T and OnePlus TV were unveiled in India last week, and OnePlus 7T Pro is scheduled to go official in London on October 10th. Amidst all this, the brand seems to be silently working on the successor, OnePlus 8, as renders of the phone surfaced online, courtesy of noted tipster Steve Hemmerstoffer of @OnLeaks fame in association with CashKaro. Design-wise, the OnePlus 8 looks strikingly similar to OnePlus 7 Pro sans the pop-up selfie camera which seems to be replaced with a punch-hole display. It has an aluminium frame with a glass back and vertically arranged triple camera setup, which could have upgraded sensors.

The USB-C port, speaker, and SIM card slot are present on the bottom, while the volume rockers are placed on the left, and the power button and Alert Slider are over at the right spine. Like with the OnePlus 7 Pro, the display is slightly curved to the edges. Thanks to the tiny punch-hole cutout, the front is all display with ultra-slim bezels and a very sizeable chin below the screen. OnePlus 8 is also said to adopt a slightly smaller size at 6.5-inches, which is the same as that of the 7T. The handset measures 160.2 x 72.9 x 8.1mm in dimensions. 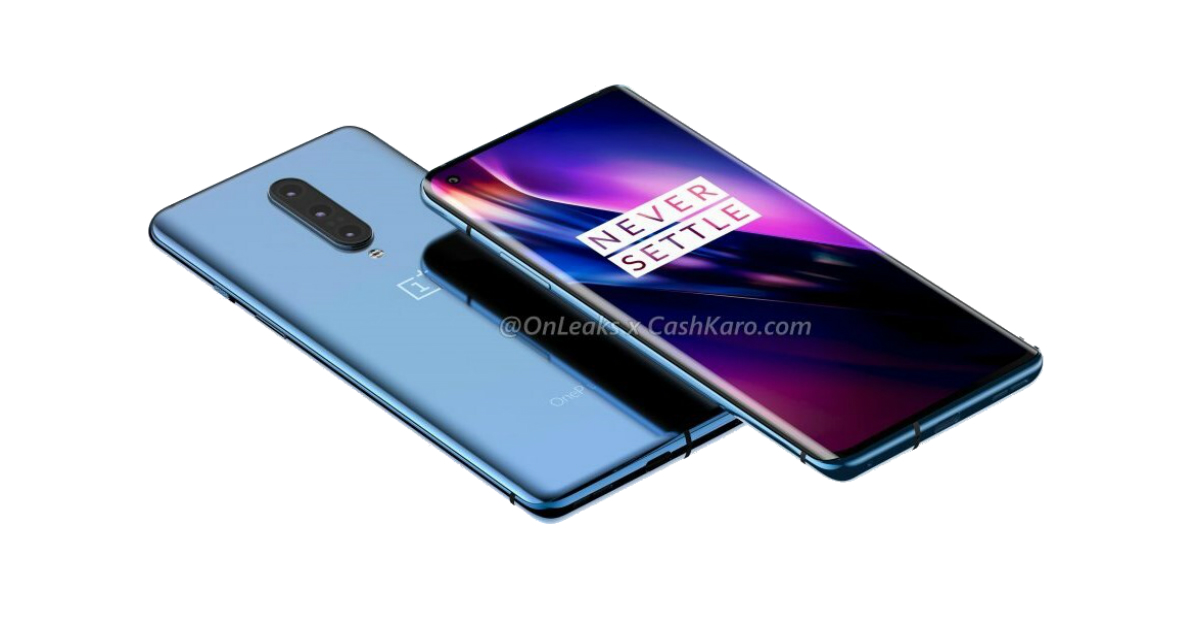 As for the specifications, there’s a possibility that the upcoming OnePlus 8 flagship would be powered by the upcoming Snapdragon 865 SoC coupled with up to 12GB RAM and 128GB internal storage that is not expandable. It’s likely to run on Android 10 with OxygenOS skin on top. The Pro model could also have a 5G version, while the standard OnePlus 8 might settle for the 4G LTE network. Hemmerstoffer predicts that OnePlus 8 could be the first phone from the company to support wireless charging support, which has been delayed due to heating issues the brand is facing in development stages. Since we’re still months away from the launch, things might change at any turn.