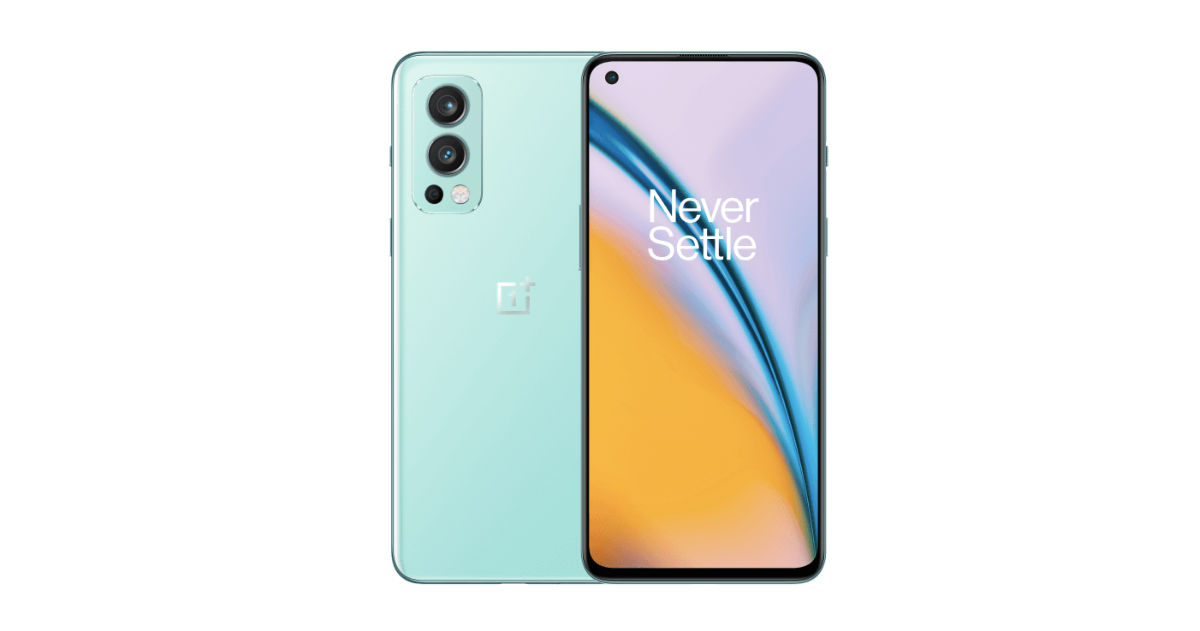 Update: As expected, it seems the whole incident reported by the Twitter user was fake. OnePlus has come out with a statement addressing the matter. “Earlier today, we were notified on Twitter about an alleged blast case for the OnePlus Nord 2. We always take such claims very seriously and immediately look into each one to first verify the legitimacy of the claim. During our conversation with this individual, we were able to confirm that this alleged case was false and in no way involved any OnePlus product. All OnePlus products undergo thorough quality and safety tests to ensure that they are up to leading industry standards and are safe to use. We also follow strict internal processes to ensure the health and safety of our users, while also protecting the reputation of our brand. We urge the public to exercise restraint in judging unverified allegations such as this.”

Another OnePlus Nord 2 unit has reportedly exploded, causing trauma to the user (via MySmartPrice). A Twitter user tweeted about the incident (now deleted) but there is no way to verify whether this is true. The user has not posted any pictures of the burned OnePlus Nord 2 unit, so before we proceed it would be wise to take this with a pinch of salt. According to the Twitter user, a OnePlus Nord 2 unit that was bought for his father exploded while on the bed, which caused the bed sheet to burn. The father then used a stick to throw the burnt device out of the room. OnePlus has reached out to the Twitter user to further investigate the matter. 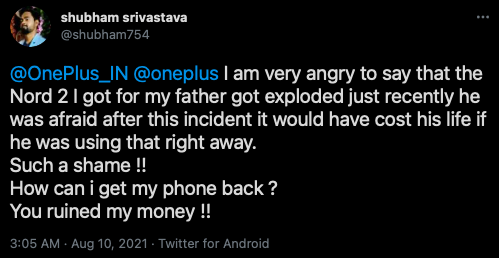 Without pictures, it is hard to understand the degree of damage to the OnePlus Nord 2 unit. It is also unclear if the unit caught on fire spontaneously or whether it was due to charging or external force. The OnePlus Support team messaged the Twitter user that it plans to address the issue soon. “We are truly dejected to hear about this incident. We earnestly hope that the untoward incident did not cause any harm to your father. We would like to have this addressed on priority and to further scrutinize this matter and ascertain the cause of this instance”

It is worth noting that the tweet and user account have been deleted at the time of publishing this story. It is possible that the incident has been fabricated and we will update the story once we hear something from OnePlus.

This is the second OnePlus Nord 2 blast incident in less than 10 days. We reported earlier this month about a five-day-old OnePlus Nord 2 unit catching fire and causing the user physical injury and trauma. OnePlus investigated the matter and concluded that “the damage to this device was caused by an isolated incident involving external factors and not due to any manufacturing or product issue.” It will be interesting to see what the company finds out with the second OnePlus Nord 2 blast incident. We will update this story when we hear more from OnePlus.