Apple’s iPhone X (review) has inspired a surprising number of Android handset makers who are now launching their own smartphones with the famous (or infamous) display notch. OPPO is latest to join the bandwagon as the company has launched its new F7 smartphone with a taller-than-usual screen aspect ratio of 19:9, and a cut-out at the top that acts as home to the front camera and proximity sensor. Considering this is one of the most affordable smartphones that is currently offering these features, is OPPO F7 (first impressions) merely an attempt to join the hype or a promising offering? Read our full review to find out. 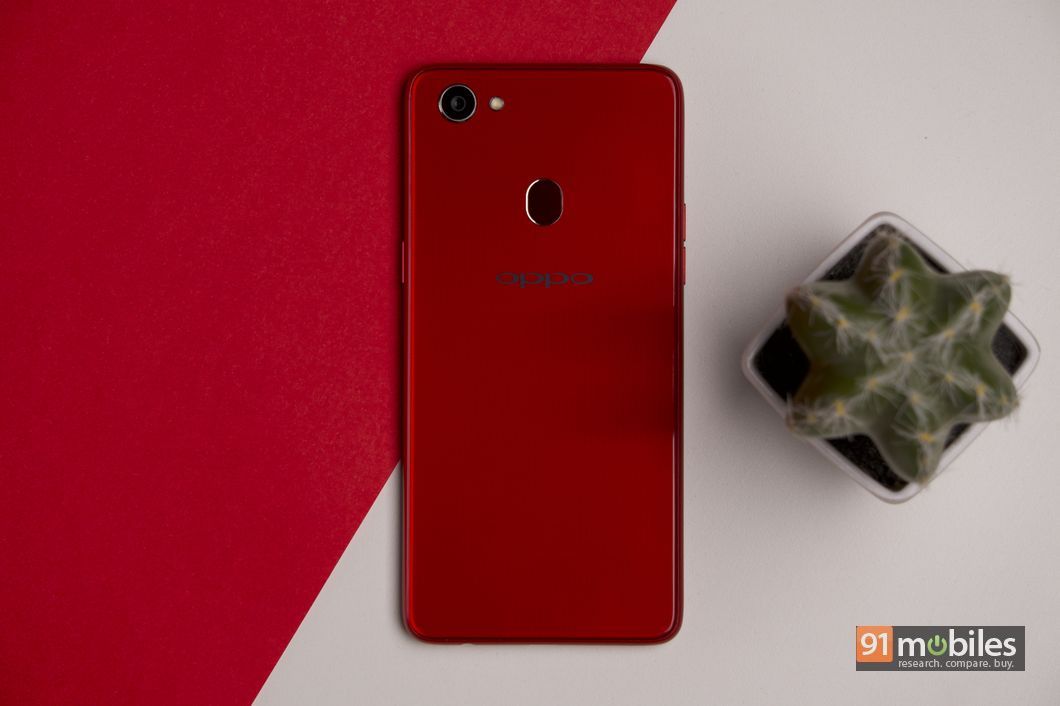 In terms of design, the OPPO F7 comes with a glossy back with a glass-like finish and a compact body. The handset does not feel unwieldy in the hand despite its large display, thanks to the edge-to-edge design. It’s fairly light in terms of weight too. However, as the back is glossy, the handset does feel slippery at times. The fingerprint scanner is conveniently placed in the middle at the back and is easily accessible. The volume rocker and power buttons are respectively placed on the left and right side of the smartphone. The speaker grille and a 3.5mm headphone jack are located at the bottom. Unfortunately, it’s very easy to block the speaker with your palm and muffle the audio while watching videos. 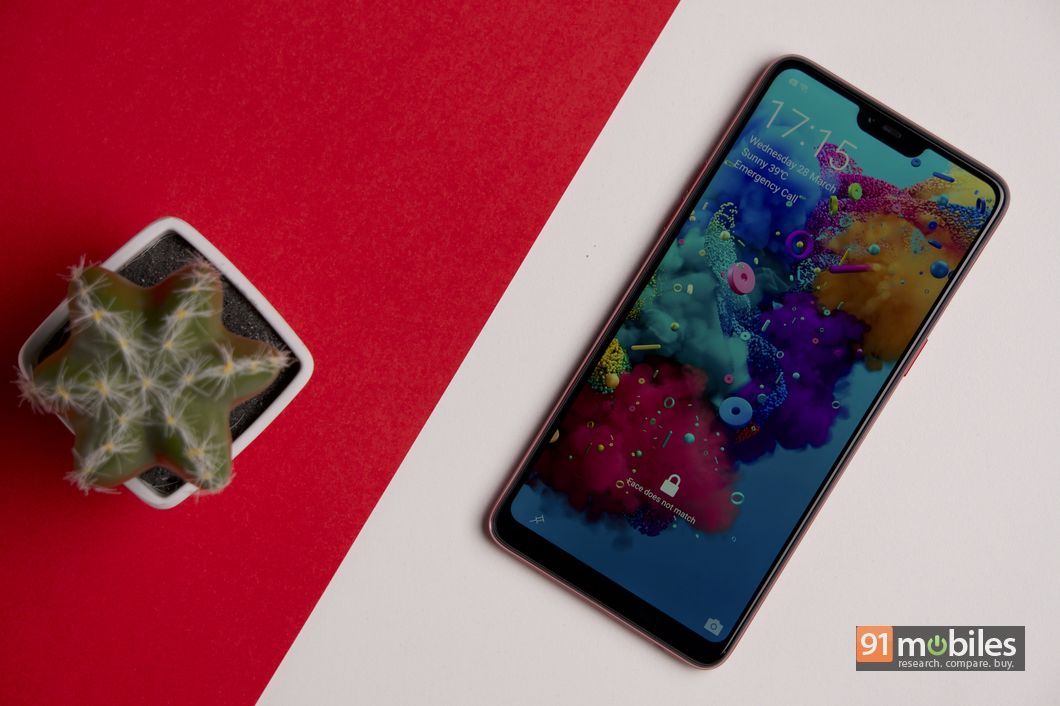 Coming to the display, let us address the notch in the room. The presence of the display cut out hardly bothered us 5 minutes into using the OPPO F7. However, we will like to point out that there are issues while watching movies (in fit-to-screen mode) as part of the content is covered by the notch. To add to the woes, most of the apps on Google Play, unlike the ones on iOS, have still not been optimised to embrace the notch. As Google has now offered notch support in the developer preview of Android P, we can expect to see more apps getting optimised for the notch going ahead. In the end, it entirely depends on you whether you feel the notch is a deal breaker or not. In any case, you will have to make this decision before purchasing the smartphone. For what it’s worth, the presence of the notch does make the F7 stand out from the crowd (at least for now) and could act as a head turner as well as a conversation starter. 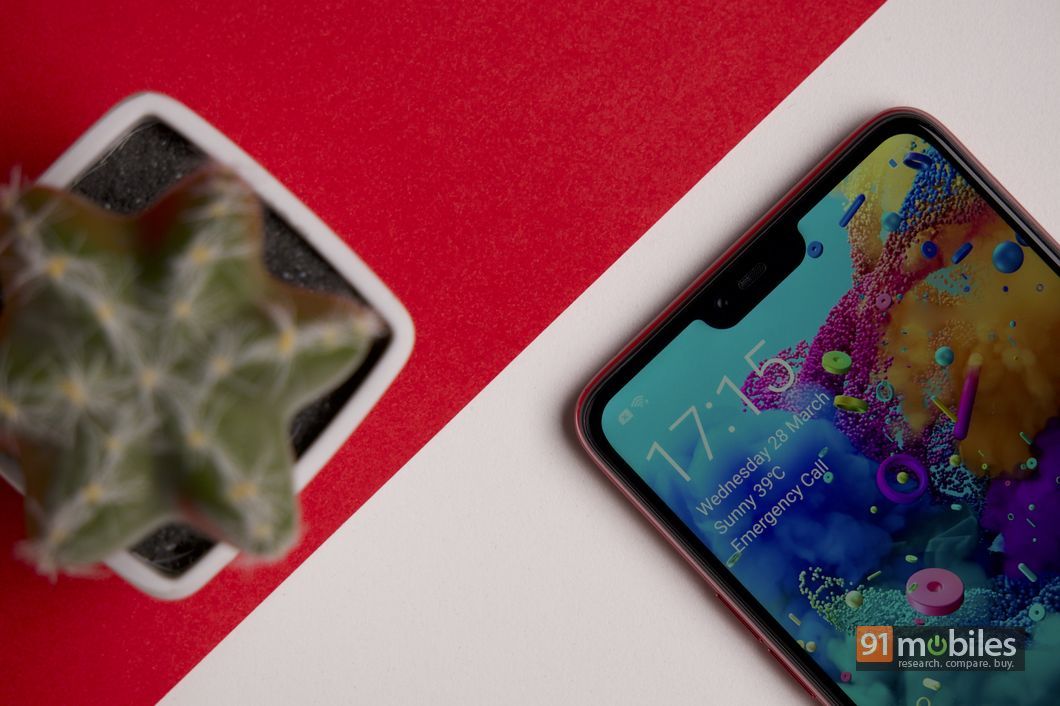 If we talk about the quality of the display itself, we found that the 6.3-inch FHD+ panel on the F7 performs really well and gets bright enough to be used in daylight too. The viewing angles, as well as the colour reproduction on the display, are both pretty impressive. Here’s a closer look at the smartphone via the gallery below.

Moving on to the optics, while the company is not offering a dual camera module (which has become fairly common across different price segments), the rear-facing sensor on the OPPO F7 managed to click some impressive pictures for us. The handset allows users to put AR stickers on faces as well as take pictures in panorama mode. The ‘Expert’ mode is essentially an equivalent of the Pro mode available in other smartphones and allows users to adjust the shutter speed, EV, and ISO among other options to click pictures as per their preferences. While the rear camera did take images with a good amount of detail in brightly-lit outdoor conditions, even in low-light, it managed to snap some impressive pictures. 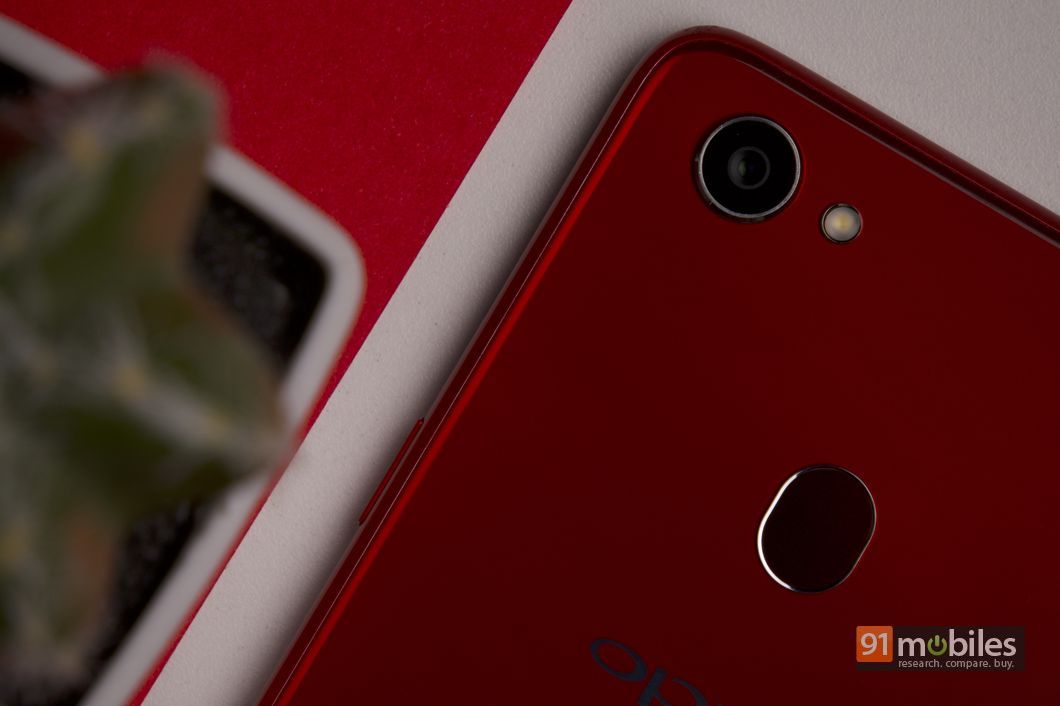 Talking about the front camera, the company boasts that the 25-megapixel sensor tracks 296 facial spots to offer realistic selfies on the basis of age, gender, etc. While the front camera also managed to take some really good pictures for us, the bokeh effect was not a stand-out offering. The camera often poses exposure issues and lens flare issues only make matters worse. However, when it works, the front camera on OPPO F7 is capable of taking some really good pictures even in low-light conditions and with a great amount of detail, just like the rear camera. Here are some image samples clicked with OPPO F7.

The OPPO F7 runs Android 8.1 Oreo-based ColorOS v5.0 out of the box and while the custom UI does not have excessive bloatware, the company has offered some neat features that work towards improving the utility of the operating system. The first thing you will note about the software features that are meant to make navigation easier will be that OPPO has taken inspiration from the iOS implementation on the iPhone X. This means you can choose the preferred gesture layout and then swipe up from any app to go to the home screen, and swipe up from the bottom of the screen and hold to bring up recent tasks. Interestingly, unlike iOS, OPPO has provided four gesture layout options to users. If the gestures seem too cumbersome, you can choose the ‘Virtual Key Navigation’ option to get virtual keys for Recents, Home, and Back. 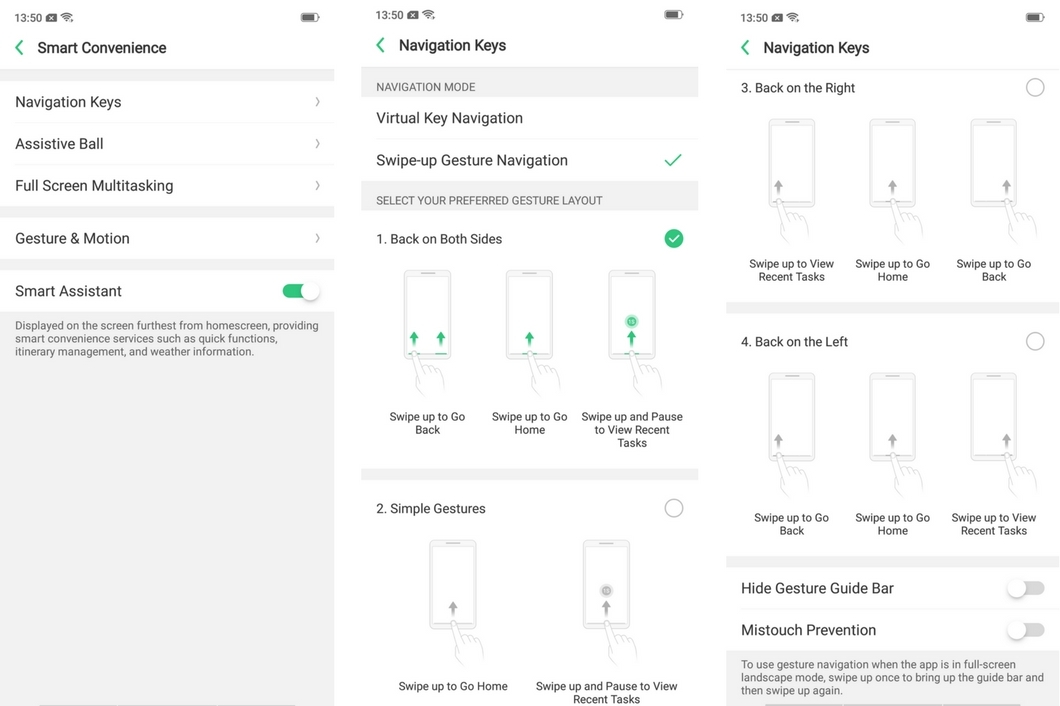 You can use the three-finger-swipe gesture in the upward direction to bring up multitasking in the apps that support the functionality by choosing the option from the settings menu. Swiping down with three fingers can be used to take a screenshot. Users can choose the app encryption feature to ensure the safety of the apps they want to protect by hiding their Home screen icon. Interestingly, the company has introduced a data sharing tool called OPPO Share that allows users to share images, videos, and other files without consuming cellular data with other phones from the company. OPPO claims that this feature is capable of transferring data at a speed 100 times faster than Bluetooth. 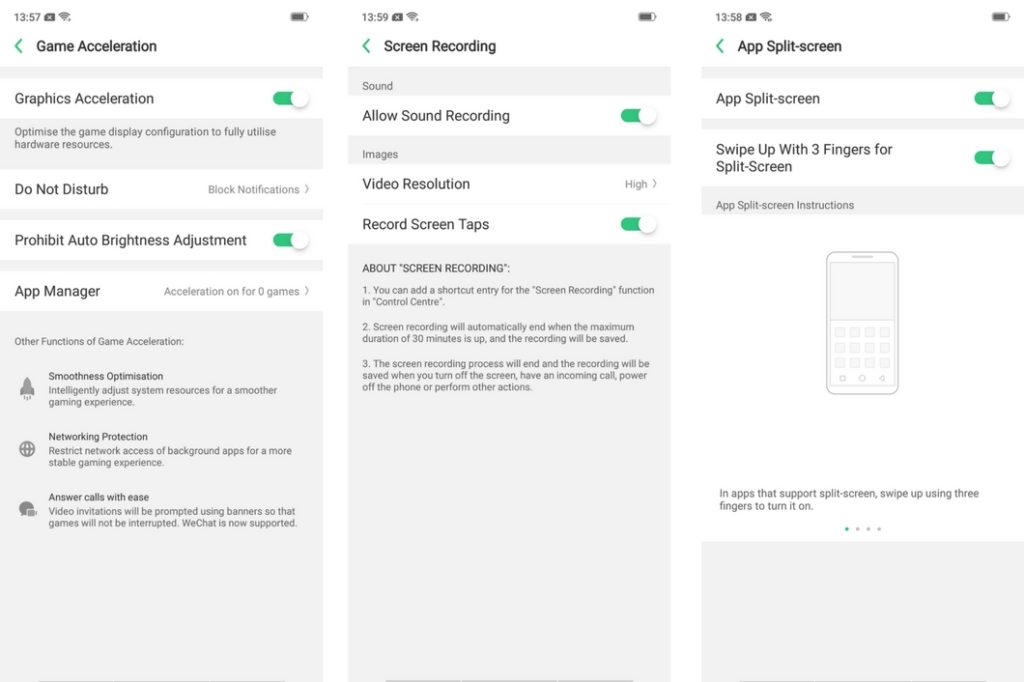 The F7 comes with a Game Acceleration mode that allows the handset to identify the status of the game to allocate more memory resources, reduce network latency and provide a stable gaming performance. With this feature turned on, notifications from WhatsApp, Messenger, and other third-party apps are blocked when users are playing games. Lastly, there is Smart Assistant, which can be brought up by simply swiping left from the home screen, and provides users with information including their daily step count, recent itinerary, and more. In landscape mode while watching videos, users get the option to block banner notifications, record the screen, and take a screenshot.

The Face Unlock feature allows users to unlock the handset by registering their face and just holding up the smartphone up to their fascia. Interestingly, this particular feature was found to be slightly inconsistent in our testing as it worked perfectly well on most occasions but failed badly in some others. However, this is something that can be easily improved substantially by the company with future software updates. It’s worth pointing out that on occasions when the handset managed to register the faces properly, it unlocked even in poorly-lit surroundings.

During our testing, the OPPO F7 managed to deliver impressive performance as the smartphone handled graphically intensive tasks with ease. The MediaTek Helio P60 processor enables the smartphone to perform split-screen multitasking without breaking into sweat. 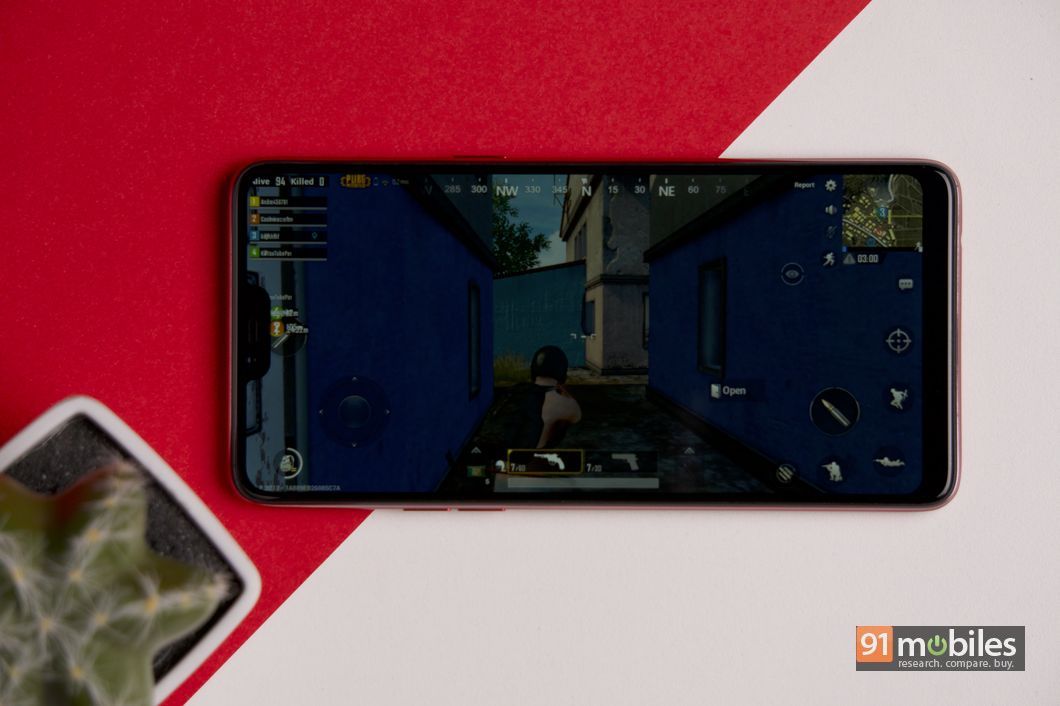 The handset houses a 3,400mAh battery and managed to last around 17 hours in our video loop test where we play an HD video with the volume set to 50 percent levels. As the handset offers an impressive display and good battery life, it can prove to be a worthy multimedia device. 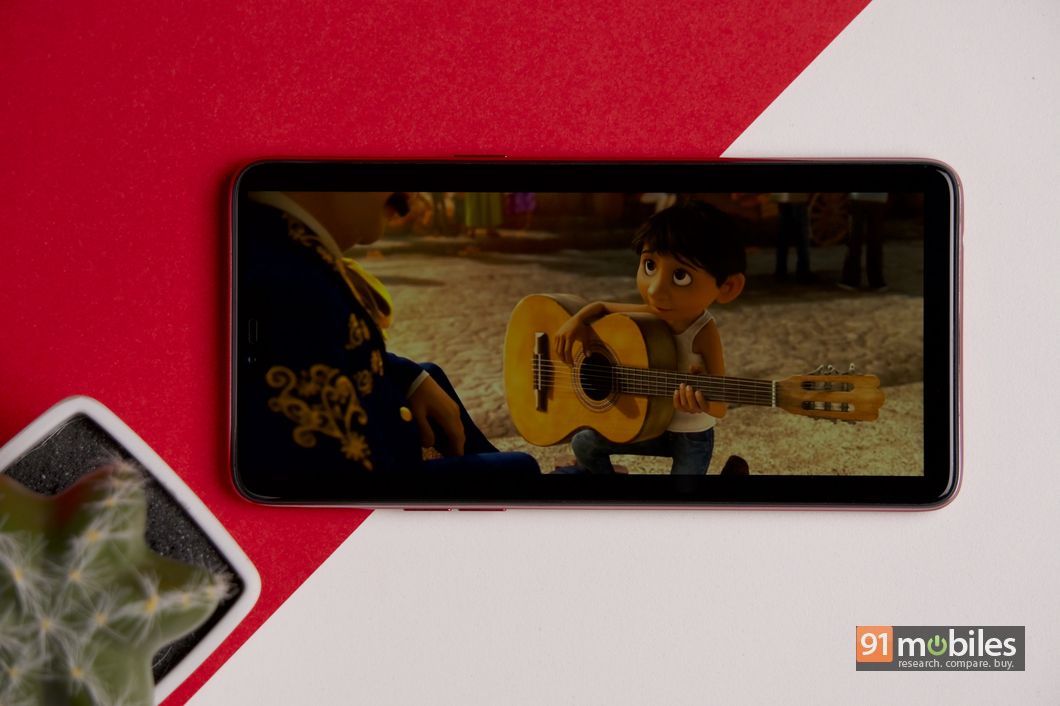 The OPPO F7 has been launched by the company at a starting price of Rs 21,990. In this price range, the handset will be competing against the likes of the Vivo V9 (review) and the Moto X4 (review). However, Vivo V9 offers a slightly better camera and the Xiaomi Redmi Note 5 Pro offers better value for money as an overall package. While the F7 does fare well in many aspects, if it was priced more competitively, it would have been easier to recommend the smartphone. However, as of now, the novelty of the notch and the stylish design might be the primary reasons to buy this handset.