Huawei has been facing the brunt of the US trade ban lately and by association, its sub-brand Honor also came under the radar. However, that didn’t stop the company from going ahead and launching its latest flagships with punch-hole displays and quad cameras –  the Honor 20 and Honor 20 Pro in London last month. These phones recently landed in India, along with the affordable Honor 20i aka Honor 20 Lite. The affordable variant is literally the runt of the litter with no punch-hole on display, no quad cameras and all that jazz. I have been using the handset for a couple of weeks now and feel that the Honor 20i comes across as a very a dependable smartphone for its asking price. Read on ahead to find out how the phone fares in day-to-day usage.

So, let’s address the elephant in the room first. These days, you will be hard pressed to tell one smartphone from another in the budget segment, except maybe for Nokia as it launches sedate slab-like devices. The latest offerings from most phone brands in the affordable segment flaunt glossy finishes with gradient hues. The Honor 20i comes from a phonemaker that started this phenomenon, and as such comes with a gradient hue that lends it a premium feel. IMHO the phone looks as good if not better than its flashier flagship siblings. The back of the Honor 20i is downright stunning, to say the least. The brand is offering the phone in three hues – Phantom Red, Phantom Blue, and Midnight Blue colours. I have the Phantom Blue model with me and every time light hits the back panel, I find myself staring at it for the while. The merging of the royal blue colourway into violet towards the bottom is mesmerising, and if you look at it at an angle, you can even spot a little silver at the convergence point. 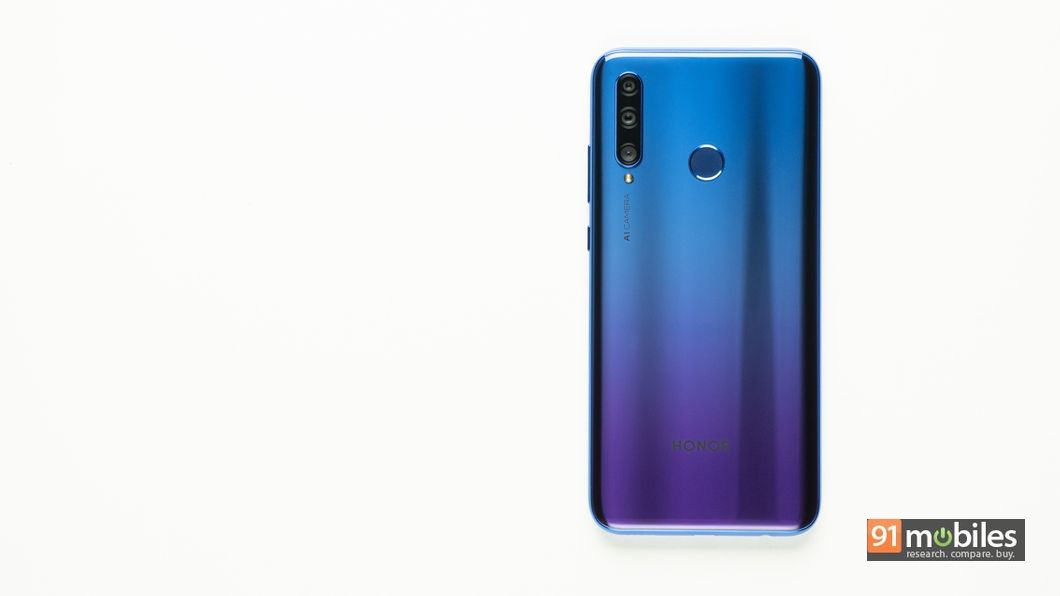 However, like every other glossy smartphone, Honor 20i is a smudge magnet as well as prone to slipping, either from your hand or from a surface. And since the case provided with the phone does everything but highlight the beautiful back of the Honor 20i, I chose to carry a microfiber cloth on me and wiped it each time I took it out of the pocket. Speaking of taking it out of the pocket and into my hands, the Honor 20i is a compact device that is perfect for one-hand usage but also has a confidence-inducing heft to it. 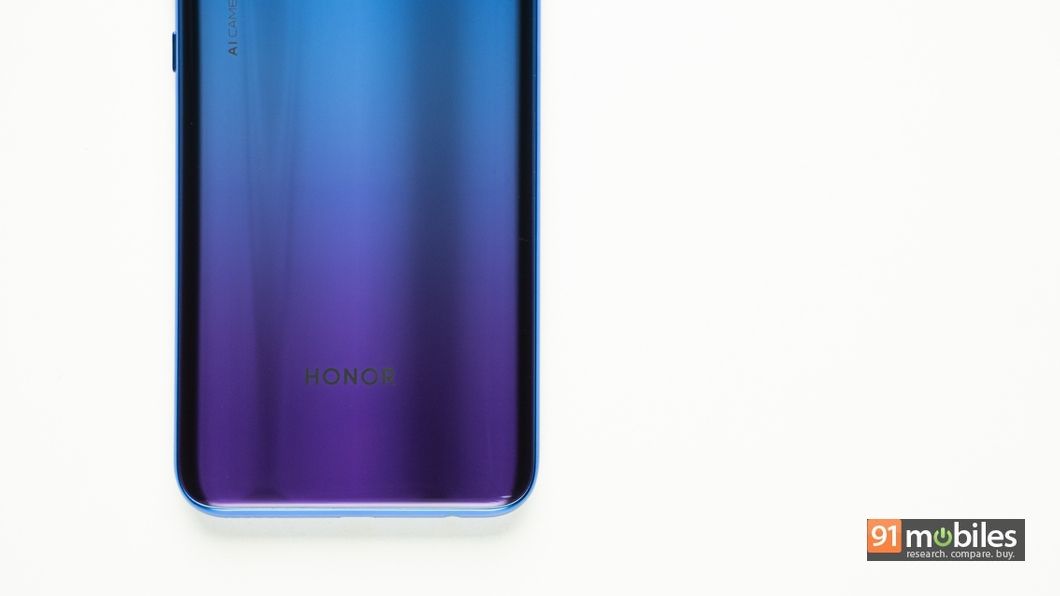 Other elements of the Honor 20i are pretty standard with the hybrid SIM slot on top, physical buttons on the left and the 3.5mm interface, micro-USB port (strange, since this is 2019) with speaker grille at the bottom. The fingerprint scanner on the back is pretty easy to locate as it’s recessed quite a bit into the frame. And since it’s a capacitive fingerprint scanner, it is pretty fast and accurate. The phone also offers a speedy face unlock, which doesn’t unlock the phone when your eyes are closed but (as is the case with most smartphones) does so when either of your eyes is open. I found the face unlock to be more convenient as the screen wakes up soon as you lift up the device, without having to press the power button. 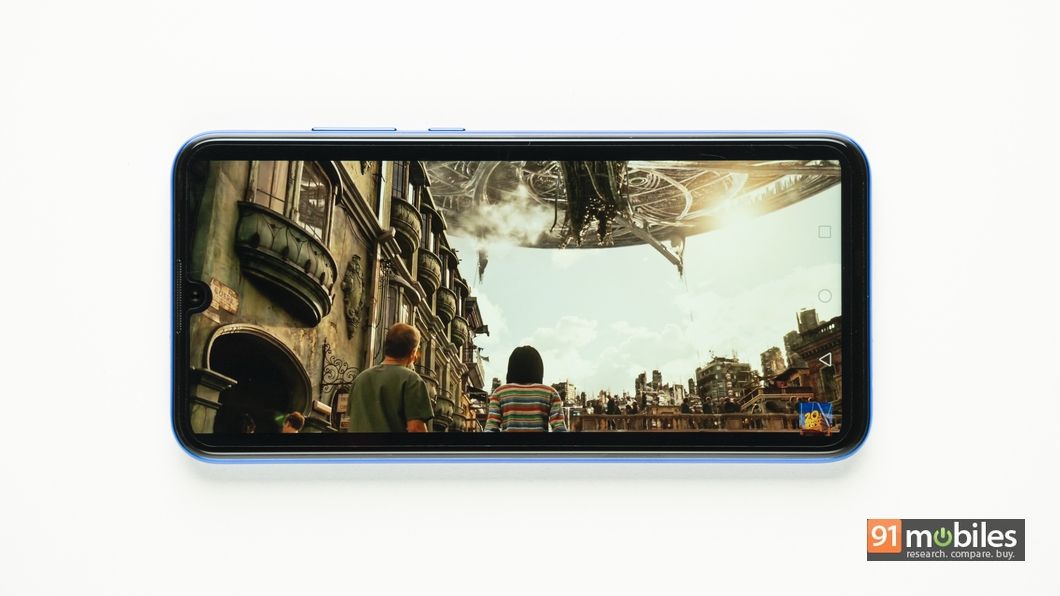 Speaking of face unlock brings me to the fascia of the Honor 20i. The display of the handset measures 6.21-inches and offers FHD+ (2,340×1,080) resolution. Interestingly, this is the same display as the Honor 10 Lite, complete with the waterdrop-shaped notch. The combination of the notch and minimal bezels has resulted in an impressive screen-to-body ratio of 91.25 percent. Despite being an LCD panel, the display is quite vivid and bright, so you get punchy colours and good legibility under direct sunlight.

My only gripe with the display is that it doesn’t have Widevine L1 certification, which means while you have all that immersive display estate you are not really using it to its full potential. This is because popular streaming services like Netflix and Amazon Prime require Widevine L1 support to play media in HD resolution. While the Honor 20i can play videos on these platforms, they won’t be at their best resolution which shouldn’t be a deal breaker if you are a casual viewer. 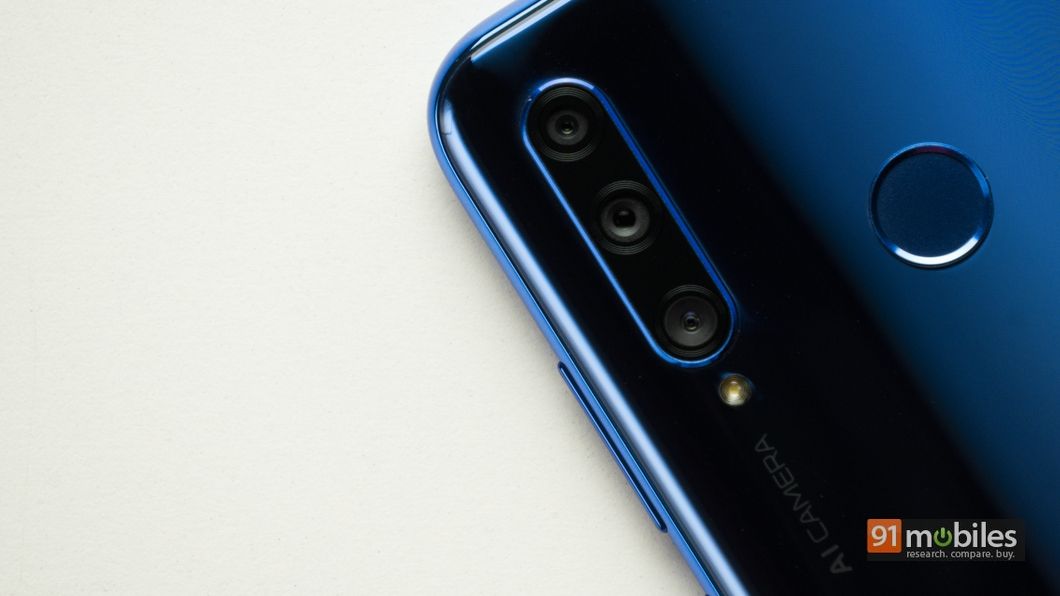 Let’s talk specs first, the Honor 20i misses out on a fourth camera sensor like the one on its pricier siblings (2MP macro sensor on Honor 20 and 8MP telephoto on the Honor 20 Pro) but it does offer three cameras on the back. You get a 24-megapixel primary camera with f/1.8 aperture backed by an 8-megapixel wide-angle camera and a 2-megapixel depth sensor. 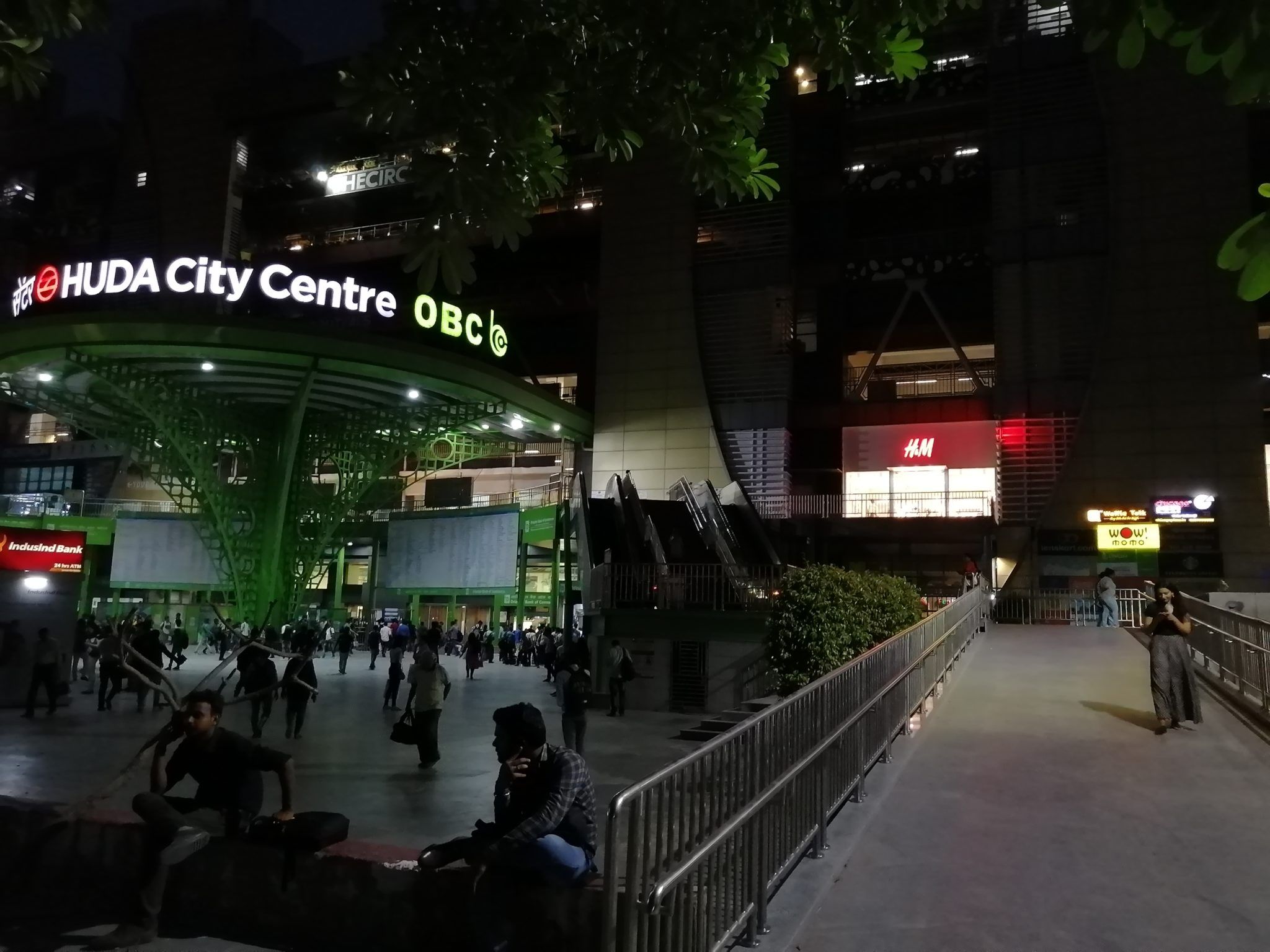 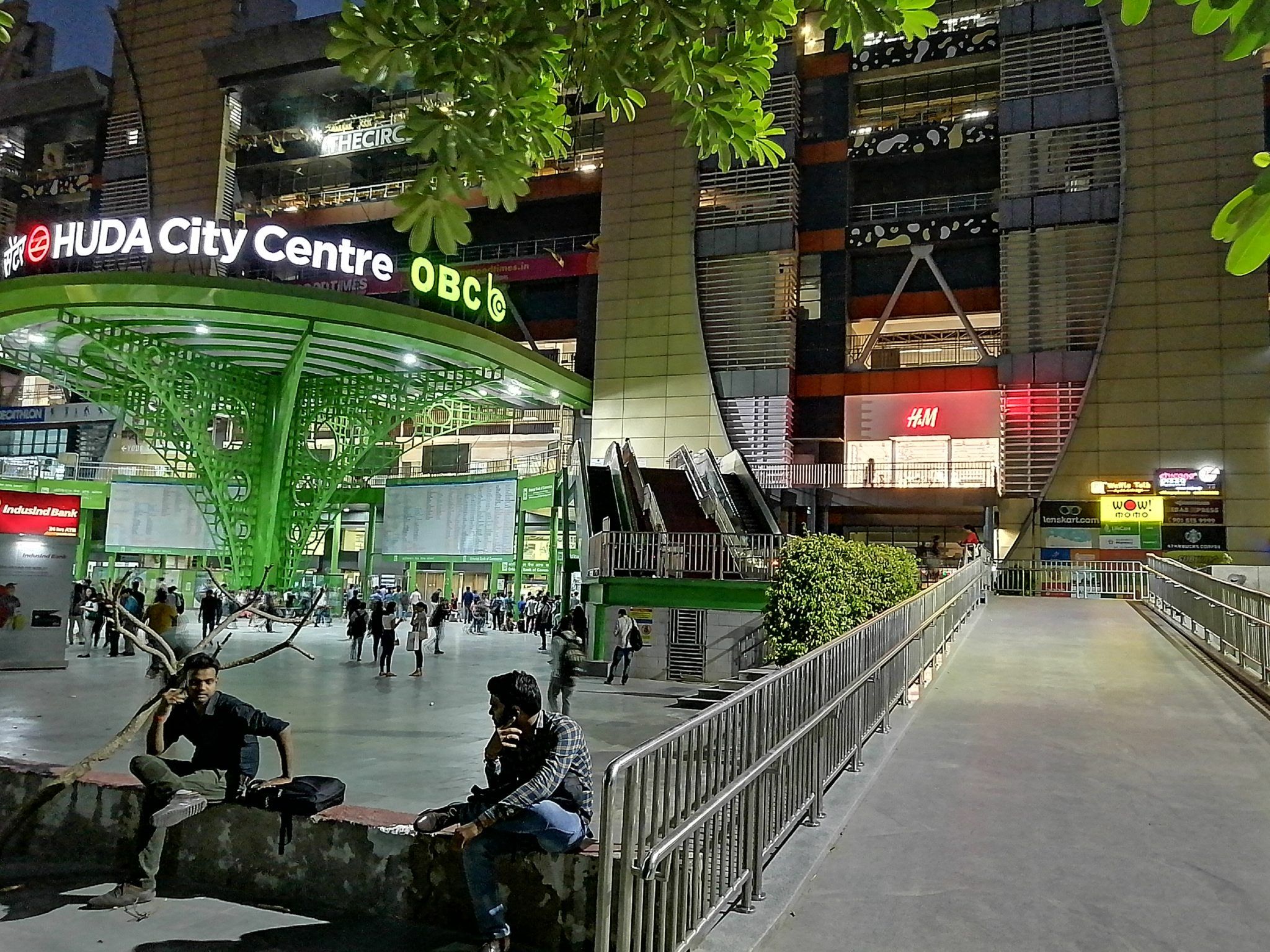 Buoyed by the low-light imaging prowess of the Honor 20, it was the first thing I tested on the Honor 20i to see if lives up to the reputation. As you can see in the image on the left above, there was not much light to work with. But when you look at the image on the right, you can’t help but wonder where the light came from. The image is not as sharp as the one taken by the Honor 20, but that can be attributed to the 24MP sensor as compared to the 48MP on the Honor 20. However, since both cameras have the same f/1.8 aperture and AIS Super Night Mode, the Honor 20i is able to weave the same sorcery in low light, and that is to output phenomenal images even with the tiniest bit of light. Take a look at couple more night shots below.

However, the Honor 20i is not just a one trick pony as it was able to deliver some really vivid and sharp images in daylight as well. While the regular mode was able to capture a good shot with punchy colours and good details, the AI mode was able to take the same image to the next level. As you can see in the gallery below, in the shot taken with AI mode the camera amps up the dynamic range, exposure and colour to produce an aesthetically pleasing image. There is a reason why Honor has hidden the HDR mode in the settings menu as the AI mode is a much better replacement to it.

The portrait mode on the camera is also particularly impressive as it was able to detect edges accurately, thanks to the 2MP depth sensor. The background was blurred aesthetically and the subject as sharp in focus, I can say the same for the closeup shot as well.

I was impressed by the wide angle prowess of the Honor 20i as well. As you can see in the gallery below, the camera is capable of capturing a lot more in the wide angle mode without compromising on the image quality. However, I did notice that the images were slightly on the cooler side of colour spectrum when using the wide angle mode. 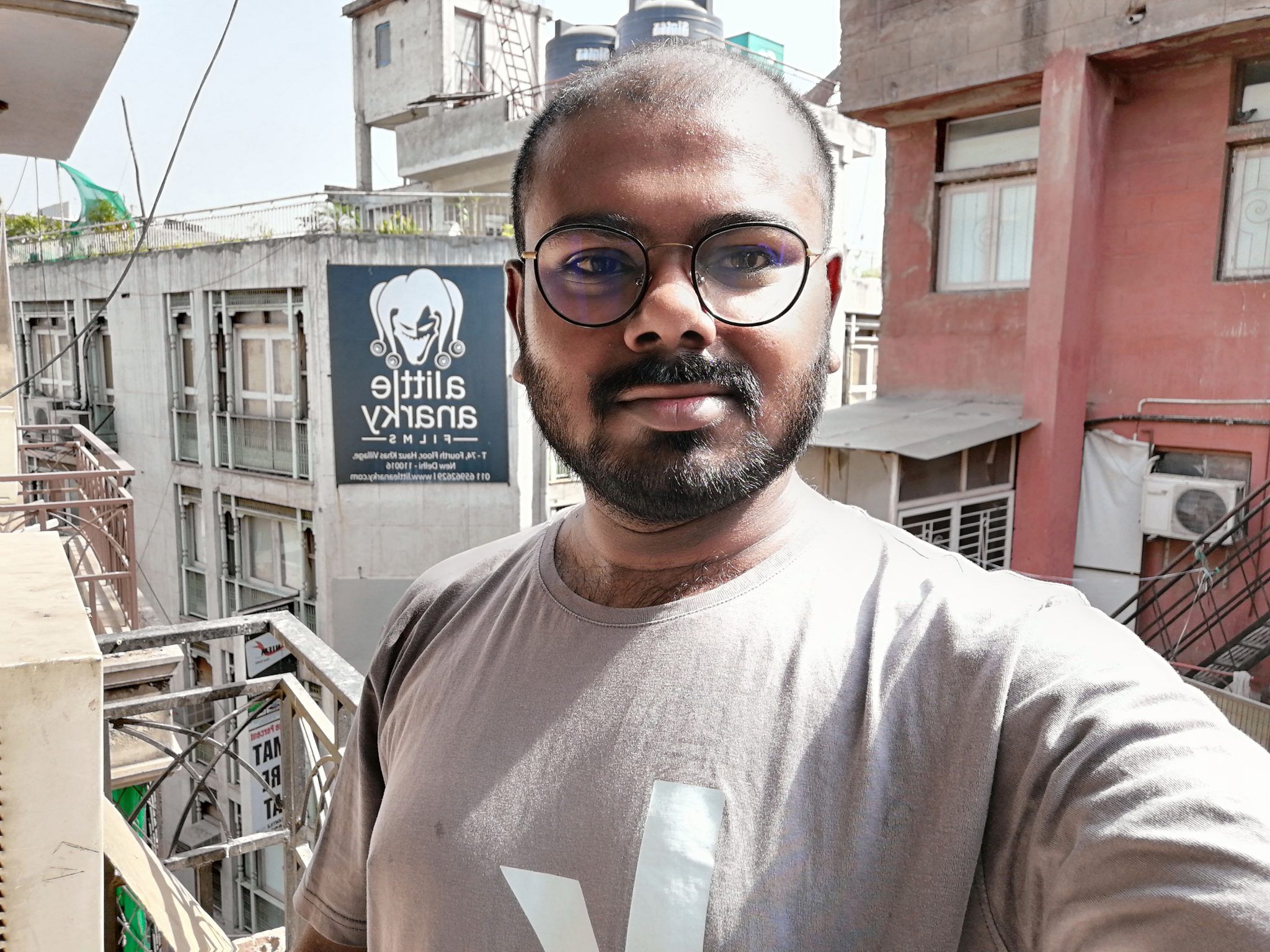 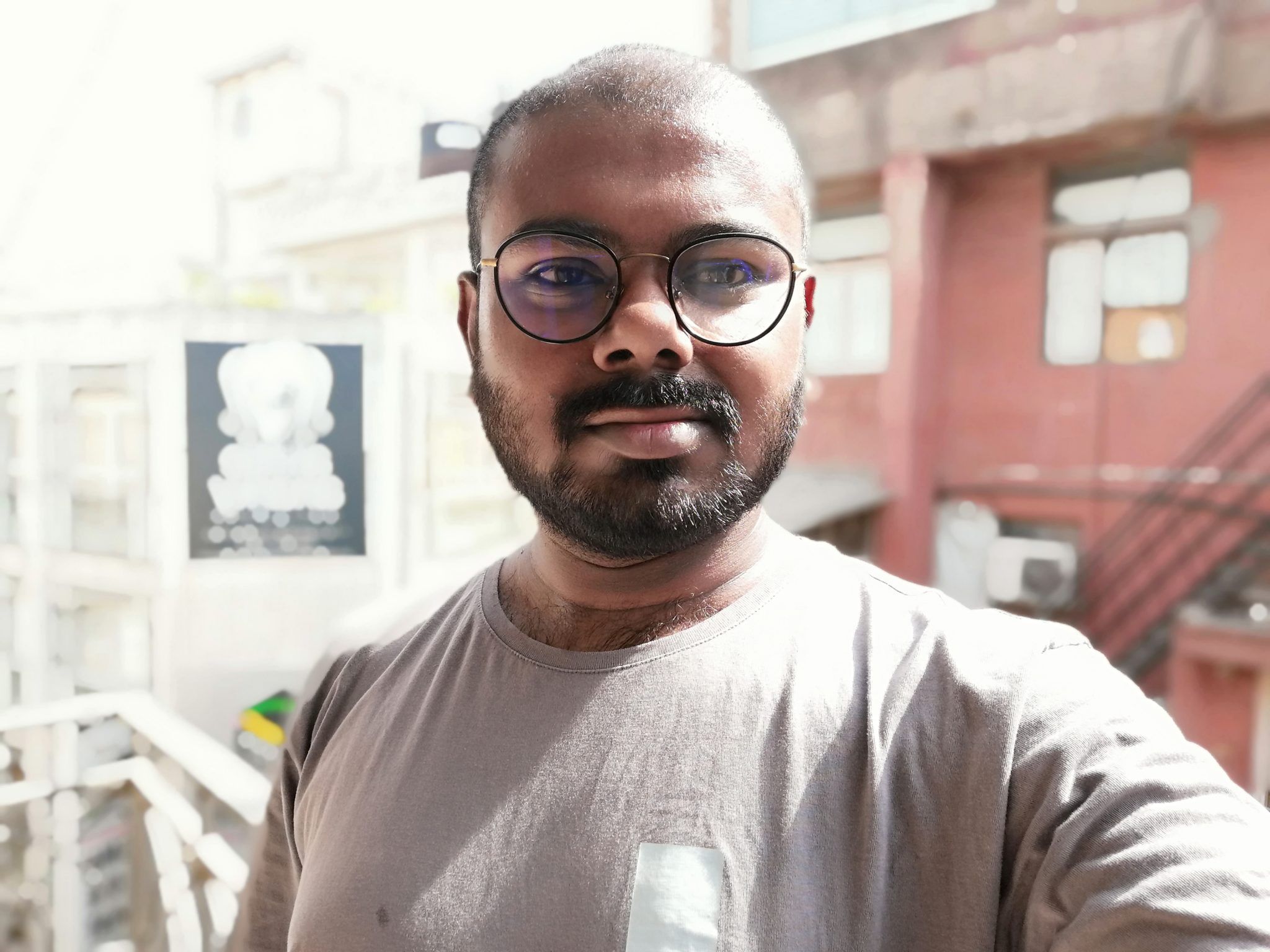 In the video department, the phone allows users to record at the maximum resolution of 1080p at 60fps, which is more than enough for every day usage. Honor does get a point for including two format options namely H.264 and H.265, where the former is intended for recording smaller files to save space and latter is for higher visual quality. The camera also offers the ability to record super slow motion videos at 480fps, if that’s your thing.

The Honor 20i has the HiSilicon Kirin 710 SoC ticking at its core, which is a 12nm 64-bit octa-core processor. The chipset is backed by 4GB of RAM and 128GB of user-expandable storage. The mid-range processor is quite adequate for daily usage, and during my time with the smartphone, I seldom came across any UI lag while multitasking or simply navigating through the interface. 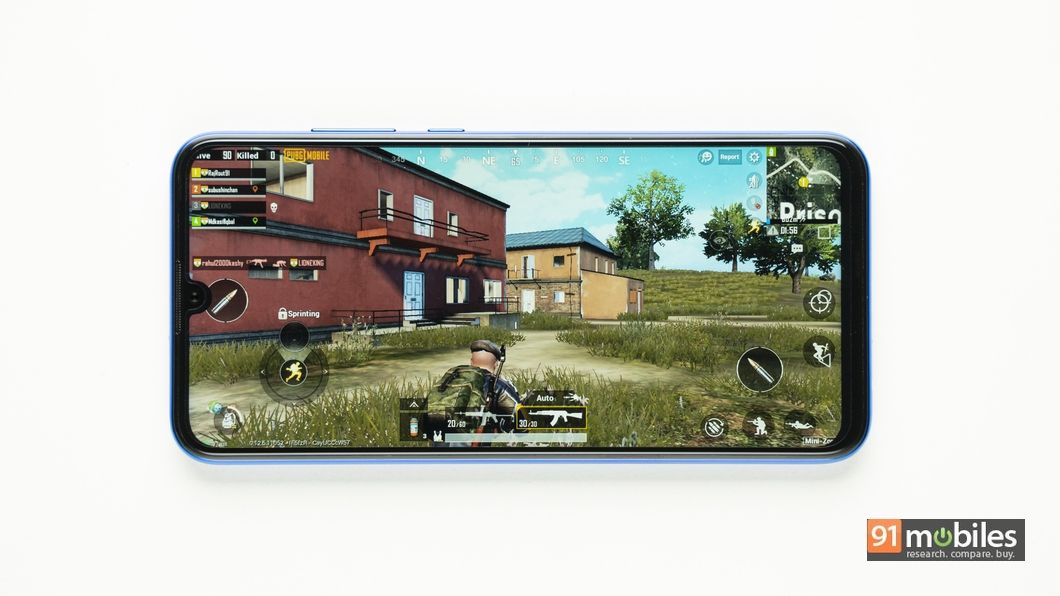 While playing PUBG, the smartphone was able to hold its own simply because of the presence of GPU Turbo 2.0, but this was in the medium graphics setting. The performance drops when you switch to high graphics settings, and you will come across frame drops at one point or other as the gameplay gets more intense. Casual games like Subway Surfer and Shadow Fight 3 run like a breeze. However, if you are a PUBG junkie, there are better options available like Realme 3 Pro and Redmi Note 7 Pro. And if you stretch your budget by Rs 2,000, you can get yourself the POCO F1 with Snapdragon 845 SoC. 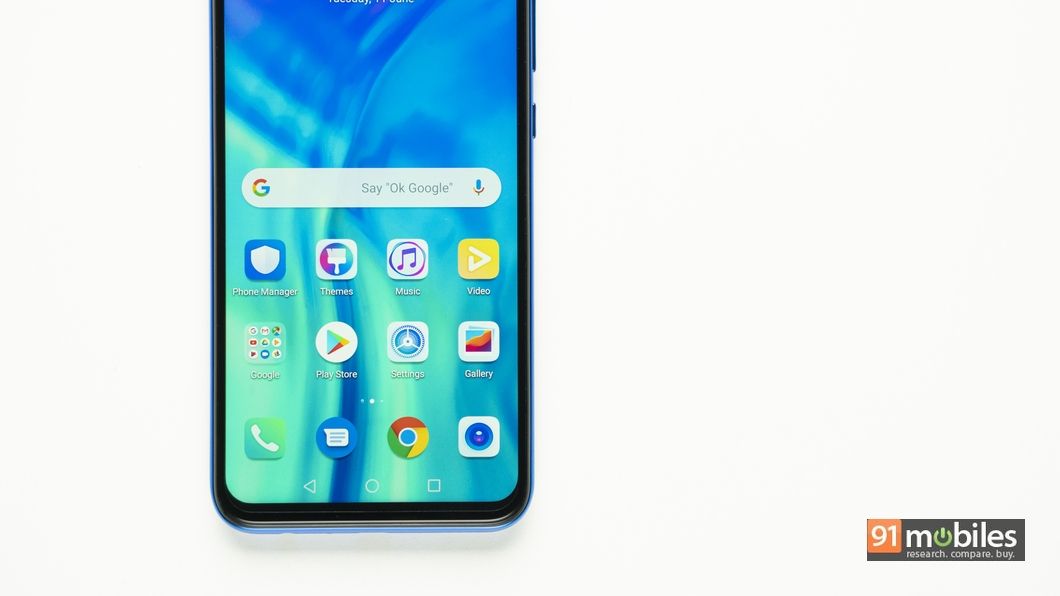 Coming to the software, the Honor 20i ships with the Android 9 Pie based EMUI 9.0 interface running on the top. The software is loaded to the brim with an array of bloatware and Honor’s own system app, which cannot be uninstalled, unfortunately. If you are looking for a clean interface like stock Android, Nokia and Xiaomi Mi A series is a better bet for you. On the flipside, EMUI 9.0 brings some useful features like Digital Balance (Honor’s take on Google’s Digital Wellbeing) and navigation gestures. 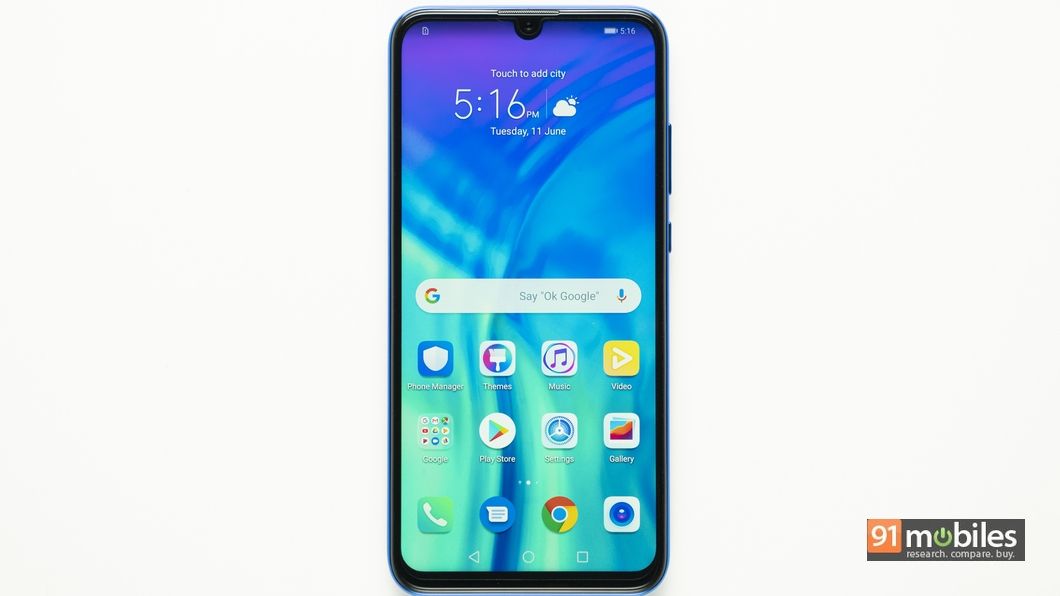 As for the battery, the 20i retains the same battery as its successor viz. a 3,400mAh pack, which seems to be lacking fast charging support. Honor is providing a 10W charger in the box, which takes a while to juice up the battery. However, the Honor 20i was able to push to the end of the day on medium usage including FB, Whatsapp and Youtube, which is reassuring. Your mileage might vary if you watch videos non-stop on streaming platforms or enjoy long sessions of PUBG.

Let me just put this out there, Honor 20i might not receive the Android Q update as the result of the US ban. So if that’s something that would bother you, it’s better to look elsewhere. Buyers can look out for the Samsung Galaxy M30 (review), Realme 3 Pro (review) and Redmi Note 7 Pro (review). And as mentioned earlier, the Snapdragon 845-toting POCO F1 (review) is also an option if you stretch your budget slightly.

That being said, Honor 20i probably has the best camera setup of the lot and that night mode is completely phenomenal. Moreover, the smartphone has been loaded with decent internals and an attractive gradient design, which is an added bonus. Lastly, while it might not get the next Android update, the Honor 20i has been certified by Google meaning it will continue getting security patches along with support for Google Play services.

Therefore, if Android Q is not much of a deal to you and you are in the market for a solid camera phone under Rs 15,000, I cannot think of a reason why you should not go for the Honor 20i.