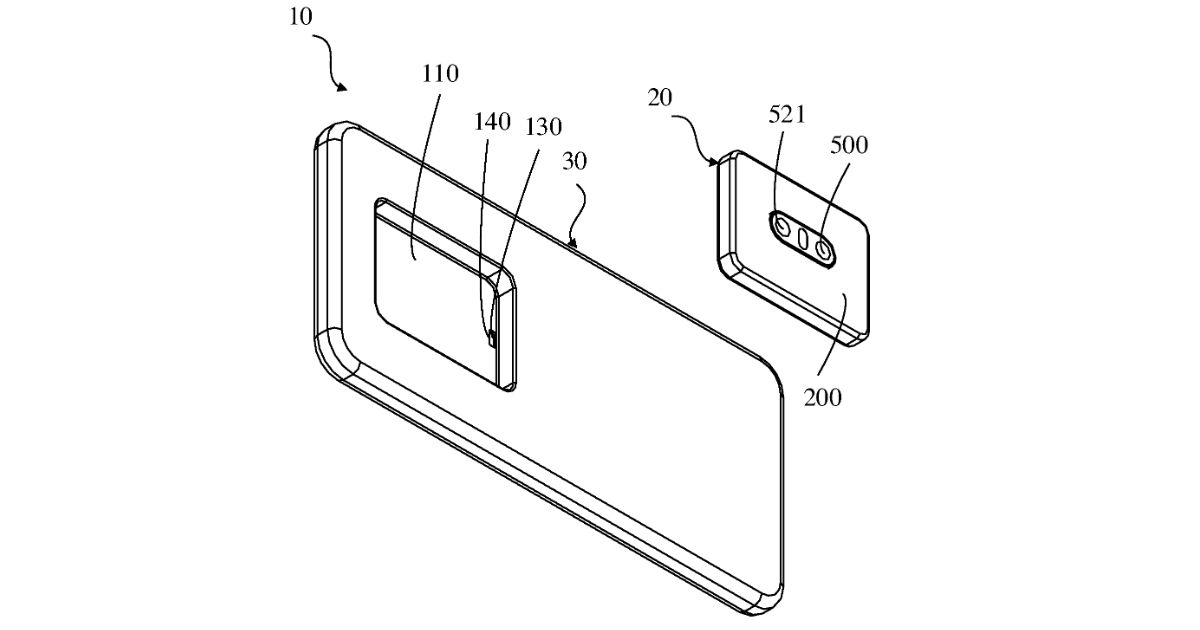 An OPPO patent showing a smartphone with a removable camera module has been spotted on the website of the World Intellectual Property Office (WIPO). The patent images and description show this potential future smartphone will have a rear camera module that can be removed from the back panel and then be used to take selfies using a USB Type-C connector. The camera module has two sensors and a pill-shaped LED flash, but we can expect more lenses in a commercial model if it ever becomes a reality. Moreover, the USB C connector located on the module has been shown to bend at two angles (90-degrees and 180-degrees) at least, meaning it will have the flexibility to shoot images and videos at more than one angle. The WIPO images (above) show the OPPO smartphone will have a pretty standard design, apart from the modular camera unit that will serve the purpose for photography on both the front and the back. The camera module will include the camera sensors, a flexible circuit board, and a Type C connector. The description also mentions that the motherboard of the camera module can also include Wi-Fi, Bluetooth, and NFC for remote communication. The module can also have a Lithium battery that can be charged whenever required. When such a smartphone launched is anybody’s guess, but modular smartphone designs like this may not only reduce the number of components required in the device but also make swappable/ upgradable camera units a possibility. However, it is not clear how big the market for such a product will be.

OPPO unveiled a few weeks ago the X 2021 smartphone with a rollable display that expands to turn the 6.7-inch smartphone into a 7.3-inch tablet. It took this design, which had been patented multiple times, several years to come to the concept phone stage. However, a commercial release of the smartphone is on the cards, so there’s always hope for a smartphone with a detachable camera of becoming reality too.