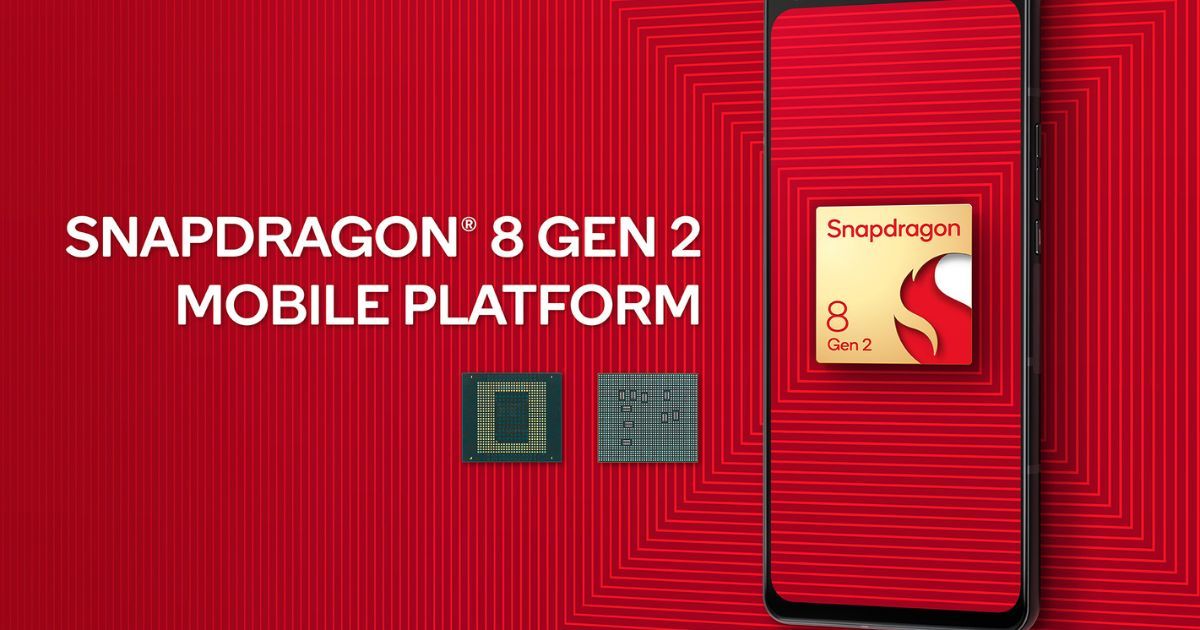 At the annual Snapdragon Tech Summit, Qualcomm has just taken the covers off its next-gen flagship mobile platform. Dubbed the Snapdragon 8 Gen 2, the successor to the Snapdragon 8 Gen 1 offers improvements across the board. From performance to camera capabilities, and AI to display features and more – one look at its technical specs indicates how powerful upcoming premium smartphones promise to be. Thankfully, you won’t have to wait long to get your hands on the devices equipped with the latest and greatest from Qualcomm as they’ll be commercially available by the end of 2022.

Talking about the architecture of the Qualcomm Snapdragon 8 Gen 2, the chip features a tri-cluster architecture. The configuration includes one Prime core, four Performance cores, and three Efficiency cores, all of which are tuned at higher clock speeds. The Super core features ARM’s new Cortex-X3 and runs at 3.2GHz. The other two clusters are clocked at 2.8GHz and 2.0GHz, respectively.

The CPU is complemented by a capable Adreno graphics processor, which is 25 percent faster. Thanks to the new Kryo architecture, the chipset is 40 percent more power efficient too compared to the previous generation, ensuring that gamers can play their favourite titles for a long time without worrying about charging their devices. Then there’s Snapdragon Elite Gaming that supports hardware-accelerated ray tracing and Unreal Engine 5 Metahumans Framework.

The next-gen smartphone flagships will deliver impressive camera capabilities too, thanks to Qualcomm’s first Cognitive ISP. With Snapdragon Sight, the ISP enables semantic segmentation and can use artificial intelligence neural network to differentiate faces, facial features like hair, skin as well as clothes, etc. to optimise them individually, resulting in a perfect output. Along with supporting high-res sensors, the Snapdragon 8 Gen 2 is also the first chipset in the family to include AV1 codec that’s capable of playing 8K HDR videos at 60fps.

In the AI department, the chipset comes with Qualcomm AI Engine that features a new Hexagon processor. Referred to as Snapdragon Smart, this combination promises faster natural language processing with multi-language translation along with AI-backed camera functionality. It’s also the first Qualcomm chip to feature support for INT4, an AI precision format. The silicon also has Qualcomm AI Sensing Hub, which gets dual AI processors, and offers support for custom trigger words for voice commands. The chipmaker is promising AI improvements across the board, and hence also utilises a dedicated power delivery system for the Hexagon processor. 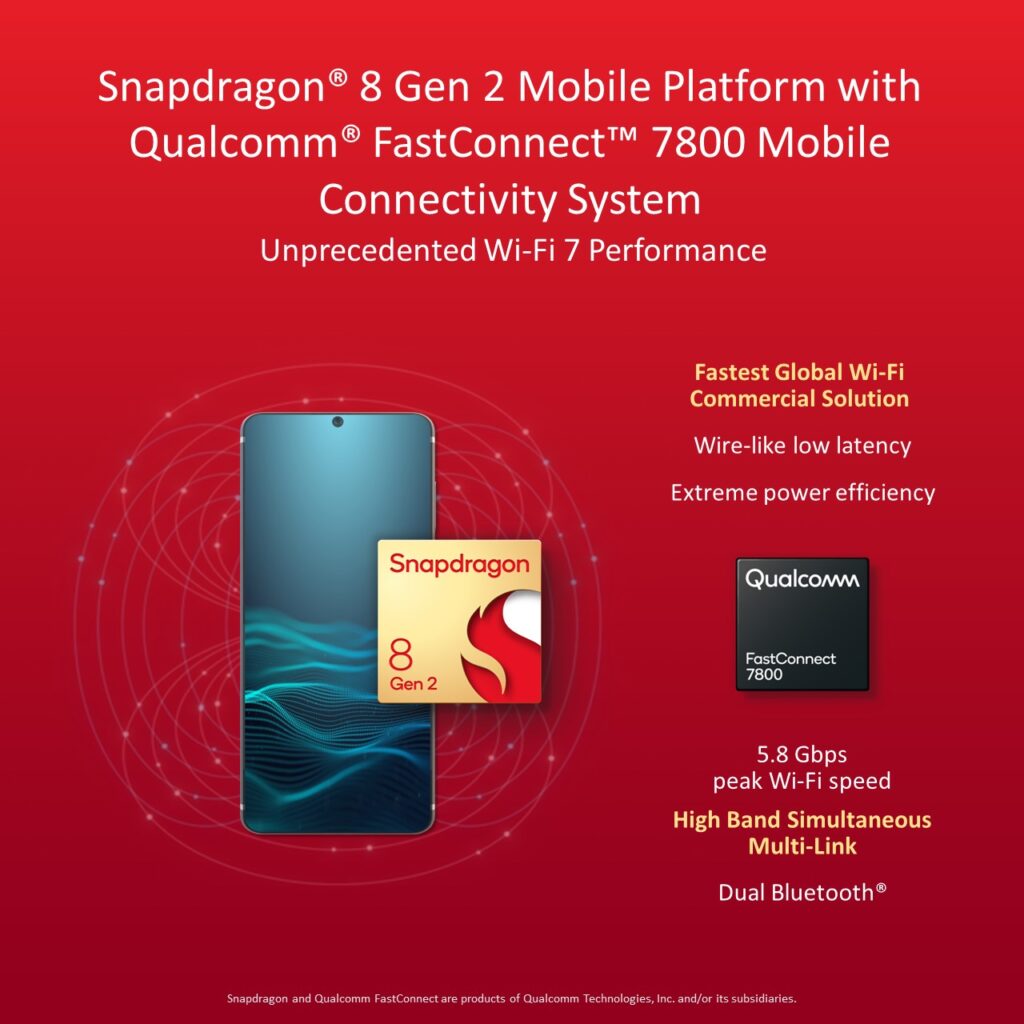 Rounding up the specs of the Qualcomm Snapdragon 8 Gen 2 is Snapdragon Connect which claims to feature the world’s most advanced 5G platform. The Snapdragon X70 5G Modem features Qualcomm 5G AI Processor and offers 5G dual-SIM dual-Active support. With Qualcomm FastConnect 7800, the chip also supports low latency Wi-Fi 7 and dual Bluetooth connectivity. Along with the next-gen Wi-Fi standard, it also features High Band Simultaneous Multi-Link which enables peak Wi-Fi 7 performance with speeds of up to 5.8Gbps.

The other features include Snapdragon Sound technology with spatial auto support and Snapdragon Secure for protecting users’ data. 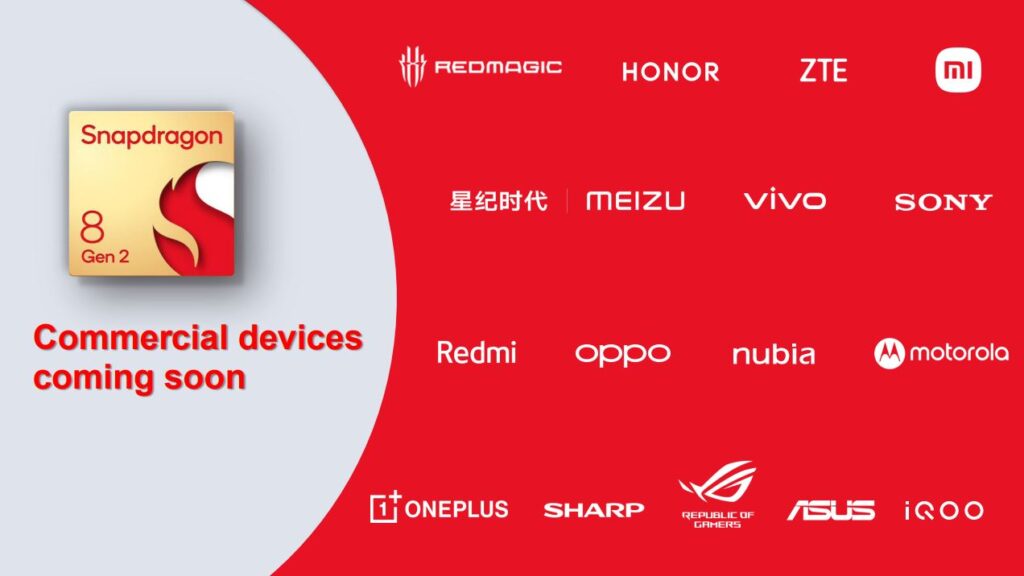 There are several other features and we’ll be doing an in-depth piece on the same soon, so keep watching this space. But which feature caught your attention the most? Let us know in the comments below.

Qualcomm Snapdragon 8 Gen 2: top 8 reasons why you should be excited for upcoming Android flagships