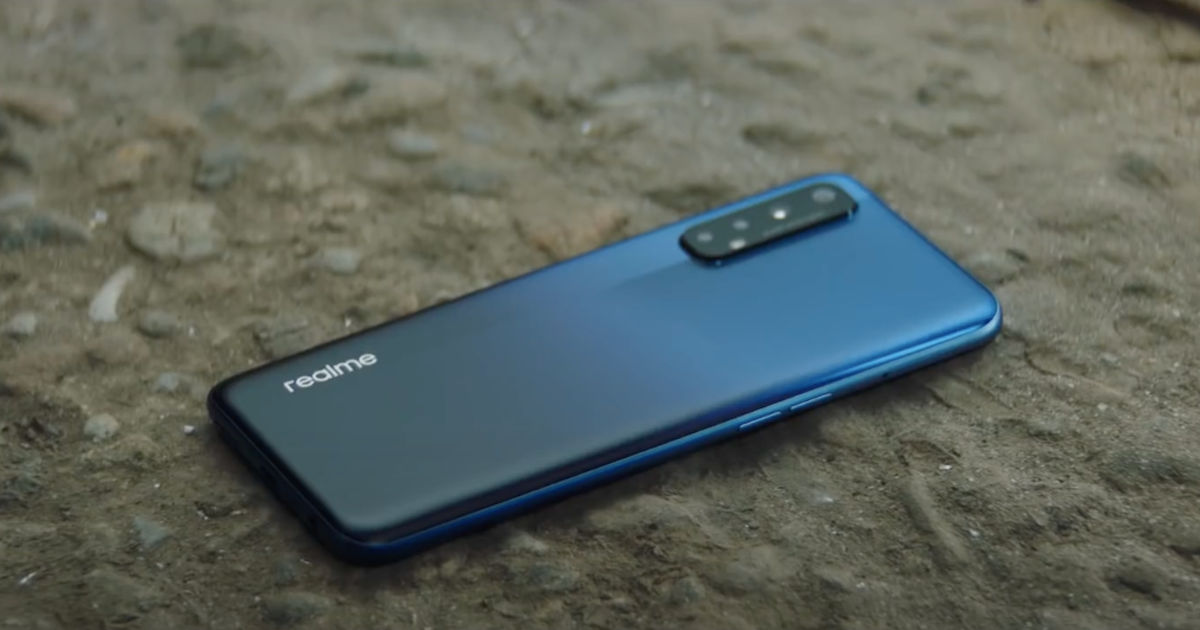 Realme 7 series design has apparently been teased in a new video posted on Realme’s official YouTube account. The “Dare To Be Realme” video shows off the back of what looks like a brand new device that is yet to be launched in the country. We know that the Realme 7 and Realme 7 Pro are set to launch in India soon, although the company is yet to reveal an exact launch date. The teaser shows the back of the device, revealing a quad camera setup in a rectangular camera module.

Realme is yet to launch a phone with a rectangular camera module in India, which suggests the mysterious phone in the video is the upcoming Realme 7. The rear panel has a frosted matt finish that’s possibly made of glass. The text on the camera module suggests the Realme 7 series will come with a 64MP quad-camera setup.

We constantly evolve our design strategy at #realme for the youth. Our smartphones undergo an extensive screening process before the talented #realmeDesignStudio picks the most unique one that instantly stands out. What do you expect the Faster7 to look like? #BuildingTheFaster7 pic.twitter.com/97IY9JGbZA

Realme 7 and Realme 7 Pro are expected to come with features like a 120Hz display, 65W fast-charging, and more. The phones should fall between Rs 15,000 and Rs 20,000 in India. The exact specifications are yet to be revealed, but we expect to learn more in the days to come.