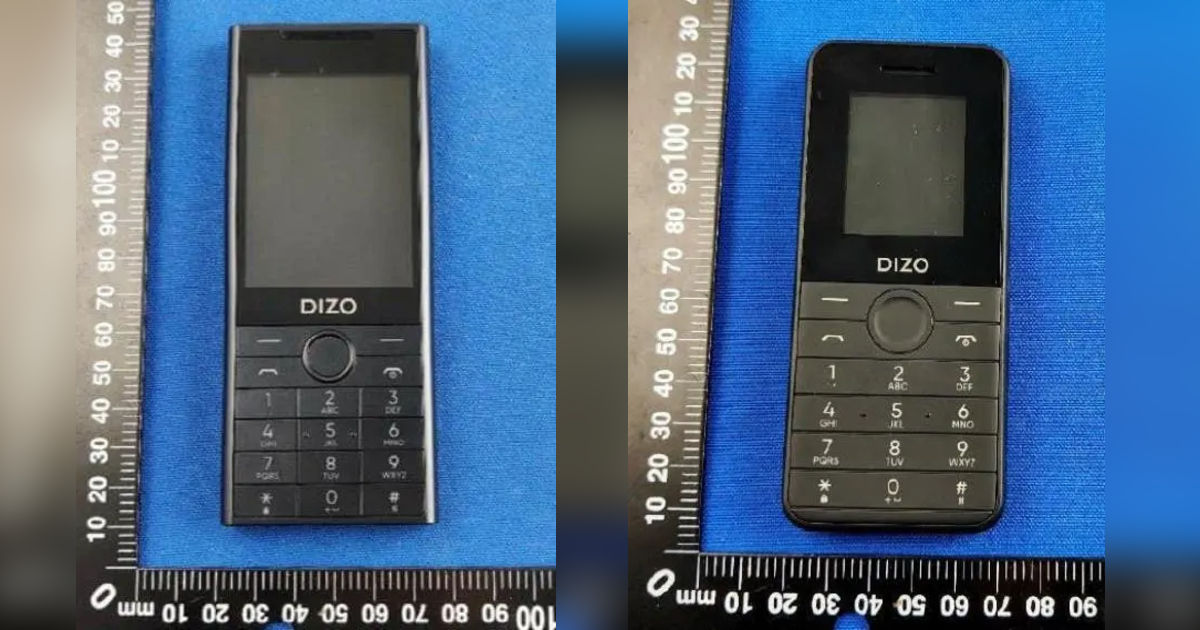 Realme had unveiled its first sub-brand, called DIZO, last week and confirmed that it would soon launch a bunch of IoT products. The DIZO GoPods and DIZO Watch were recently spotted on the official website ahead of their announcement and they’re surprisingly a rebrand of the existing Realme Buds Air 2 and Realme Watch. Just when it looked like DIZO’s portfolio will have rebranded Realme products, DIZO Star 500 and Star 300 feature phones have received China’s 3C and the FCC certifications and they’re a first even for Realme. The certifications reveal the entire design and some key details of them. Let’s have a look at DIZO’s upcoming feature phones.

The DIZO Star 500 has a large screen, compared to other traditional feature phones and a physical keypad below. It will have dual-SIM capabilities but the connectivity will be limited to dual-band 2G. There is also a single camera on the back alongside ‘DIZO’ branding. The phone is said to pack a 1,830mAh battery and a microSD card.

On the other hand, the DIZO Star 300 design is quite basic with a tiny screen on the front and a keypad. On the back, it has a rectangular module with a single camera and an LED flash. There is also a large speaker grille, which suggests the phone may offer impressive music quality. It has dual SIM slots limited to 2G, a microSD card, and a big 2,500mAh battery. The FCC listing suggests they are production units, which means the design is almost finalised and might launch soon. However, it isn’t clear which OS will be used to power the DIZO Star 500 and Star 300 feature phones, but we can speculate it will be a brand new OS designed for feature phones.

Separately, in addition to the earbuds and smartwatch, DIZO seems to be working on Bluetooth speaker and Vaccum Robot. We should learn more details going forward. Stay tuned.

While we wait for the DIZO products, you can check out more news about the other upcoming phones as well as popular product recommendations on our Facebook, Twitter, and Instagram pages and head to our YouTube channel for the latest videos.