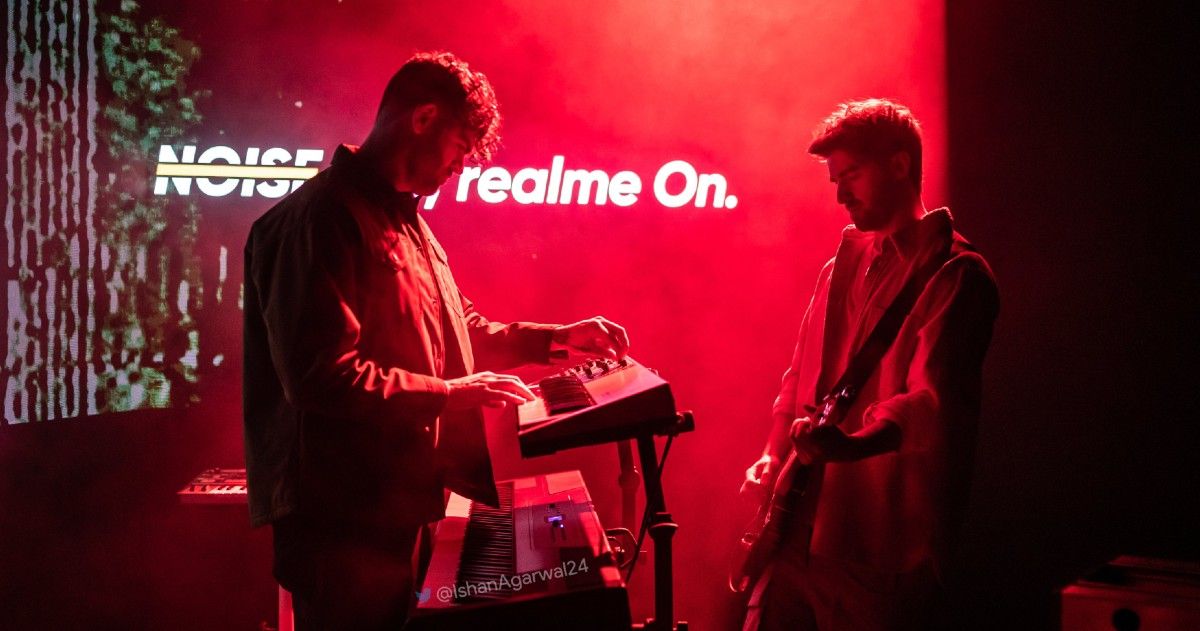 New Realme truly wireless earbuds may launch soon, according to a post by tipster Ishan Agarwal. It seems the Realme TWS earbuds will be launched in partnership with EDM pop-duo The Chainsmokers. The tipster posted an image on Twitter showing the EDM duo promoting Realme’s upcoming TWS earbuds with a slogan reading “Noise off, Realme on”. It’s apparent from the slogan that the new Realme truly wireless earbuds could tout active noise cancellation (ANC) support. If so, we can expect the earphones to be the successor to last year’s Realme Buds Air Pro. There is no word on the new Realme TWS earbuds launch in India.

Looks like realme is partnering up with The Chainsmokers for their upcoming TWS Earphones! Interested to see what will happen with them on board.

Apparently the slogan is “Noise Off” which means the product might feature ANC. #realme pic.twitter.com/MgOvehAbTy

The specifications of the new Realme Buds are under the wraps at the moment, but we expect them to top that of Realme Buds Air Pro. Its specifications, to recall, include 10mm Bass boost drivers, fast charging support, and IPX4 water resistance rating. The earphones also ship with smart wear detection to automatically pause/ play audio when the earbud is removed from the ears, touch controls, and auto-connection with Google fast pair, among other features. The Realme Buds Air Pro is priced in India at Rs 4,999.

Realme Buds Q2 and Buds Air 2 in the works

In related news, there are reports of two different upcoming Realme TWS earphones – Realme Buds Q2 and Realme Buds Air 2 – as well. The earphones have allegedly been spotted on respective Indonesia Telecom and FCC certification filings, but the details remain vague at the moment. It’s possible that the new TWS earbuds being tipped by Agarwal could be the Realme Buds Q2 or the Buds Air 2. We’ll be on the lookout for more information regarding Realme’s upcoming TWS earbuds.

Best keyboards under Rs 1,000 for your PC