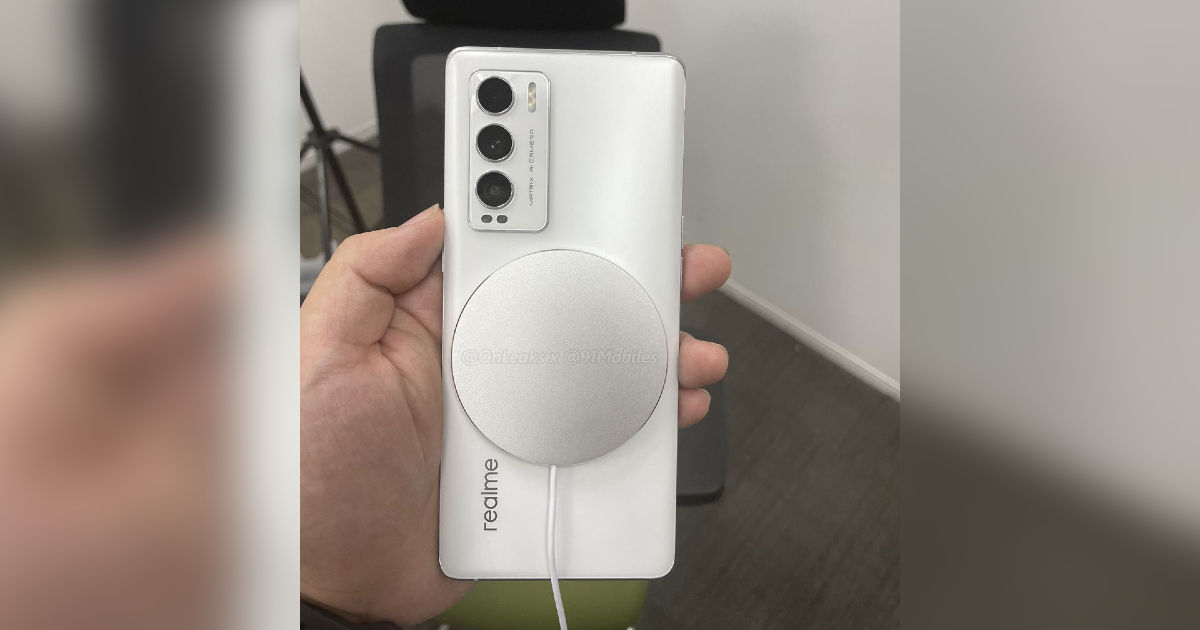 Also read: Realme could beat Apple at its own game with MagDart

The live images shared by Steve show a Realme GT Master Edition prototype that supports MagDart. In the images, we clearly see the puck-shaped 15W MagDart charger and the MagDart power bank attached to the back of the phone. One of the images suggests the phone is sitting on the 50W MagDart charger. This prototype seemingly has the circular magnetic coil under the rear panel to support MagDart chargers and accessories. It remains unclear at the moment if Realme plans to launch a commercial version of the Realme GT Master Edition with MagDart support soon.

It would make sense to see existing Realme phones support MagDart in the coming months since Realme has made it clear that the Realme Flash is just a concept phone for now. The Realme GT Master Edition is set to launch in India alongside the Realme GT flagship on August 18th.

The Realme GT Master Edition sports a 6.4-inch FHD+ Super AMOLED display with a 120Hz refresh rate. The device is powered by the Snapdragon 778 chipset paired with 8GB RAM and 256GB internal storage. The device comes equipped with a 64MP triple camera system and a 4,300mAh battery that supports 65W fast charging. The Realme GT flagship model is similar to the Master Edition, except the chipset is the high-end Snapdragon 888. MagDart needs Realme phones to support 65W charging speed or higher, which means the two GT phones launching in India could eventually support MagDart.