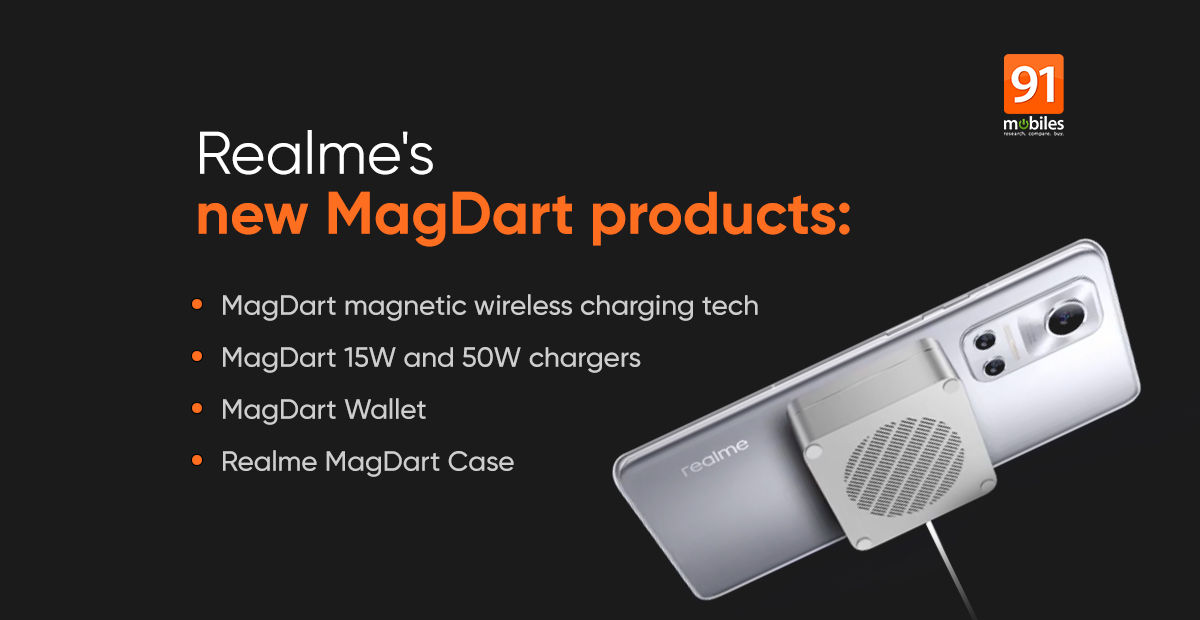 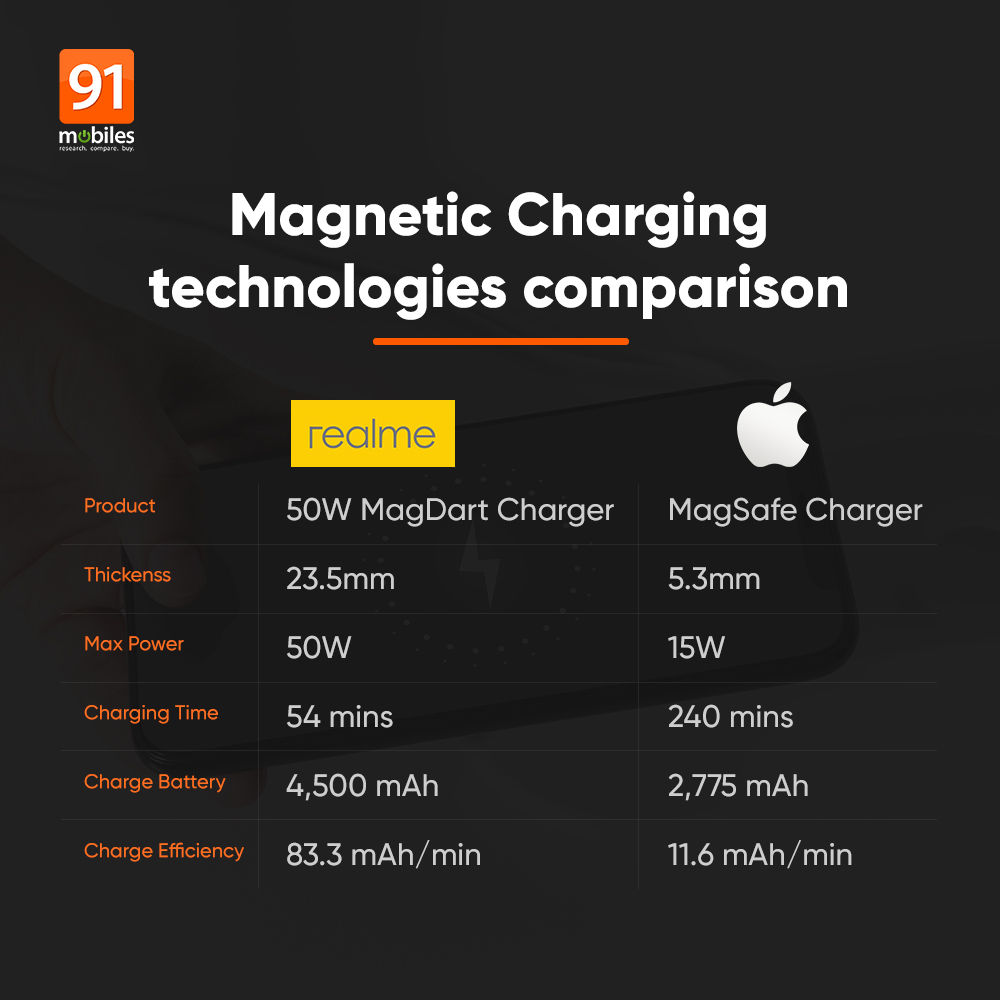 The Realme MagDart wireless charging tech, as said, supports 50W charging speeds and it uses Boron and Cobalt magnets. They’re said to have 0.01 percentage magnetism decay in two years, the magnets themselves are 0.3mm super thin and the magnetic force of the MagDart is just 5 newtons, which will enable it to hold objects up to 0.5kgs. the Realme MagDart adopts an extra-large low-impedance copper coil, which should result in less heat during wireless charging. 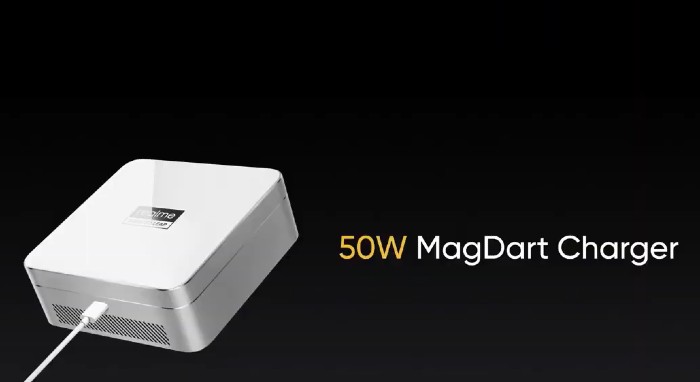 The 50W MagDart charger features an active cooling system that is said to keep the coil and board temperatures at a reasonable level. There’s a compact fan that quickly removes the heat by drawing a large airflow so the higher-charging speed can be maintained for longer times. Realme says the 50W MagDart charger takes 5 minutes to charge a 4,500mAh battery up to 20 percent, similar to Realme’s 50W SuperDart wired charging. It can charge from 0 to 100 percent in just 54 minutes. However, it is required to be paired with the Realme 65W adapter.

The 15W MagDart charger is just 3.9mm in thickness and is claimed to be the thinnest wireless charger in the world. It is said to charge a 4,500mAh battery fully in around 90 minutes. It uses a coil and separated board design, which keeps the two sources of heat separated thus allowing higher levels of charging speeds for a longer time. 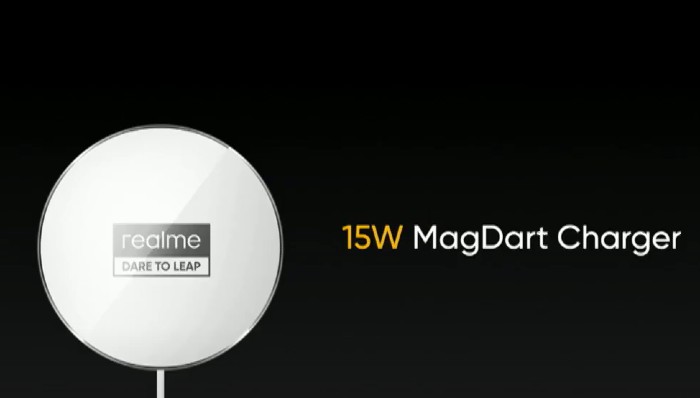 The magnetic wireless charging, on the other hand, as the name suggests uses magnets to clip onto the phone’s rear panel and wirelessly charges it. This means you can use your phone while charging in any position you desire. The tech is convenient compared to standard wireless charging. 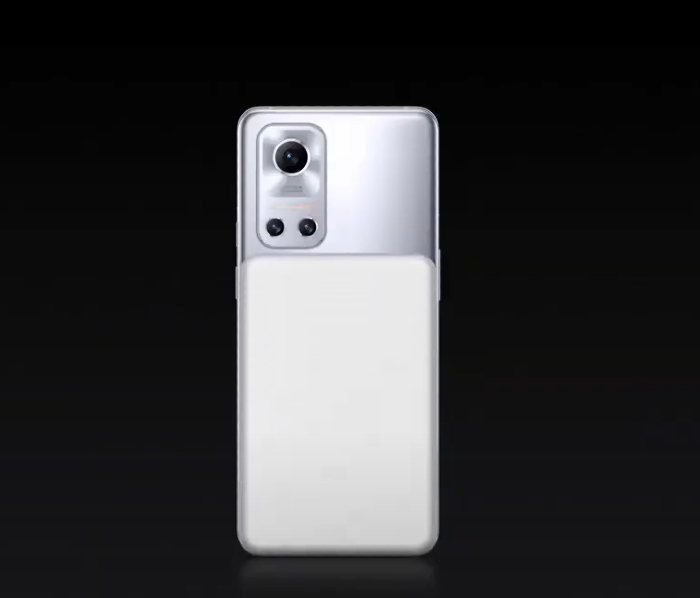 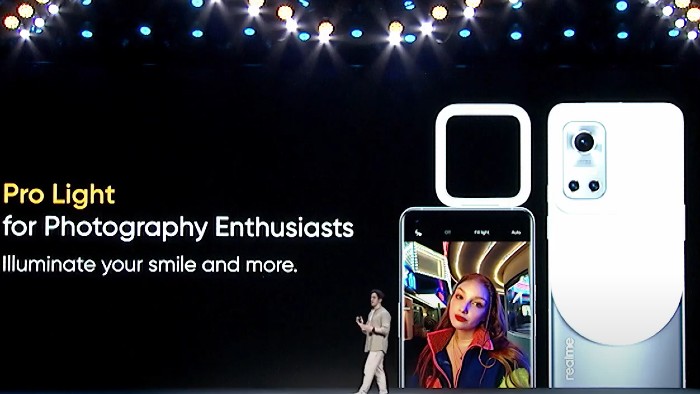 As exclusively revealed by 91mobiles, Realme has also introduced the Realme MagDart Wallet that attaches to the phone and allows users to place up to three credit/debit cards. It has an aluminium stand, leather finish and a three-card pocket. 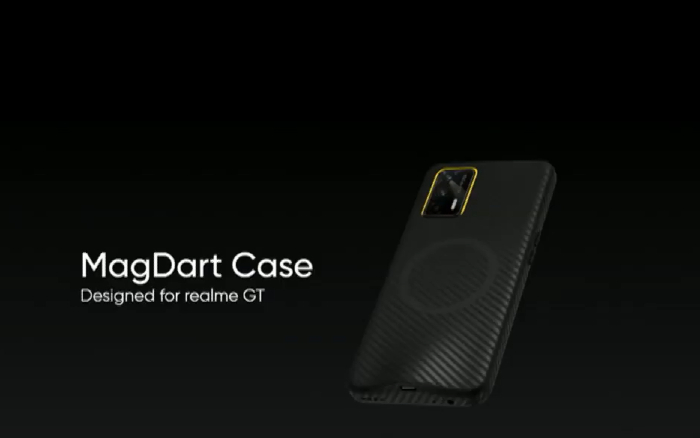 Lastly, Realme has also introduced the Realme MagDart case for the Realme GT flagship. The case connects through the Type-C port and allows your phone to be charged wirelessly. It supports similar charging speeds as the Realme GT phone. The MagDart case is made of carbon fibre material.