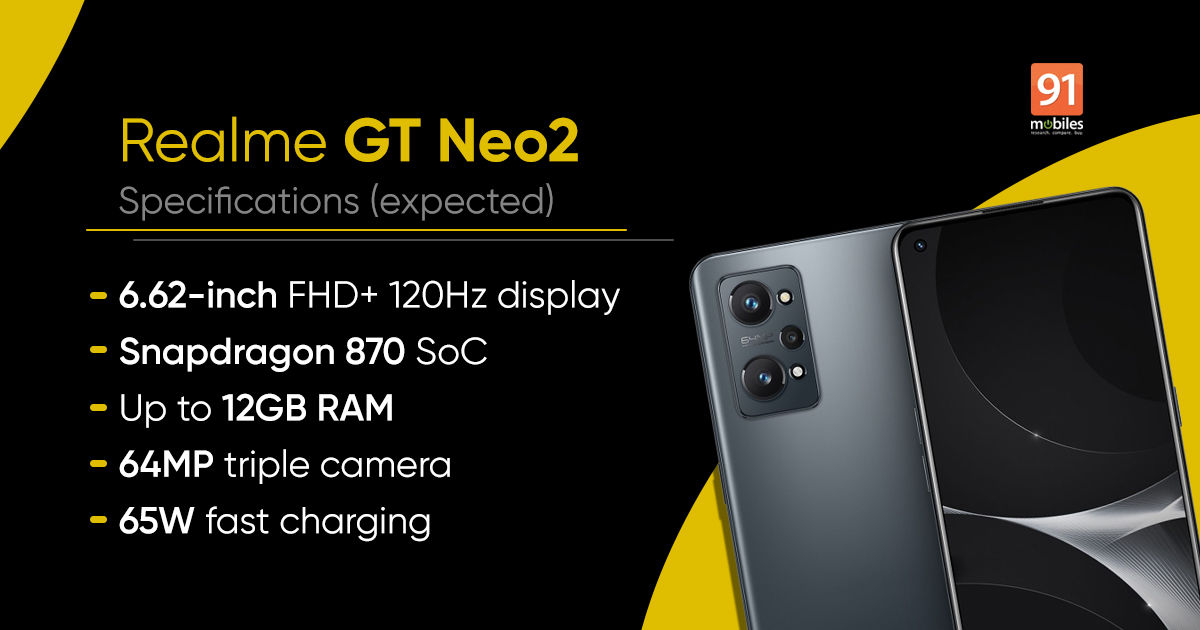 The Realme GT Neo2 launch has already been confirmed by the company, and now we have more details on the phone’s display specifications. It was reported that the Realme GT Neo2 will feature a 6.62-inch FHD+ display that’ll offer up to a 120Hz refresh rate. Now, the company has confirmed the specifications of the display and revealed that it will use an E4 AMOLED panel. It will indeed offer a 120Hz adaptive refresh rate and other high-end features. The phone will be launching in China on September 22nd and is expected to launch in India soon with the same name.

Realme has been slowly revealing details of the GT Neo2 prior to its launch. In the latest reveal, the company has spilled the beans on the display specifications. The phone will come with an E4 AMOLED panel with Gorilla Glass 5 protection. It’ll offer a 120Hz adaptive refresh rate, 600Hz touch sampling rate, 1300 nits of brightness, and 500000:1 contrast ratio. The display will also support DC dimming, and come with an in-display fingerprint scanner. We’ve also known, thanks to leaks, that the Realme GT Neo2 will sport a 6.62-inch panel with a punch-hole cutout. Realme has also confirmed other specifications of the phone. It’ll be equipped with the Snapdragon 870 chipset, which will be paired with up to 12GB RAM and 512GB internal storage. The company also revealed that the Neo2 will house a 5,000mAh battery with support for 65W fast charging. It’ll also get a diamond ice core cooling system, and a 64-megapixel rear triple camera setup with an 8-megapixel ultra-wide unit, and a 2-megapixel sensor.

The Realme GT Neo2 will also be launching in India and we are told that the name will not be changed. To recall, the Realme GT Neo was brought to the country under the Realme X7 Max. We’ll have to wait till next week to find out more details of the phone, including pricing, and availability.