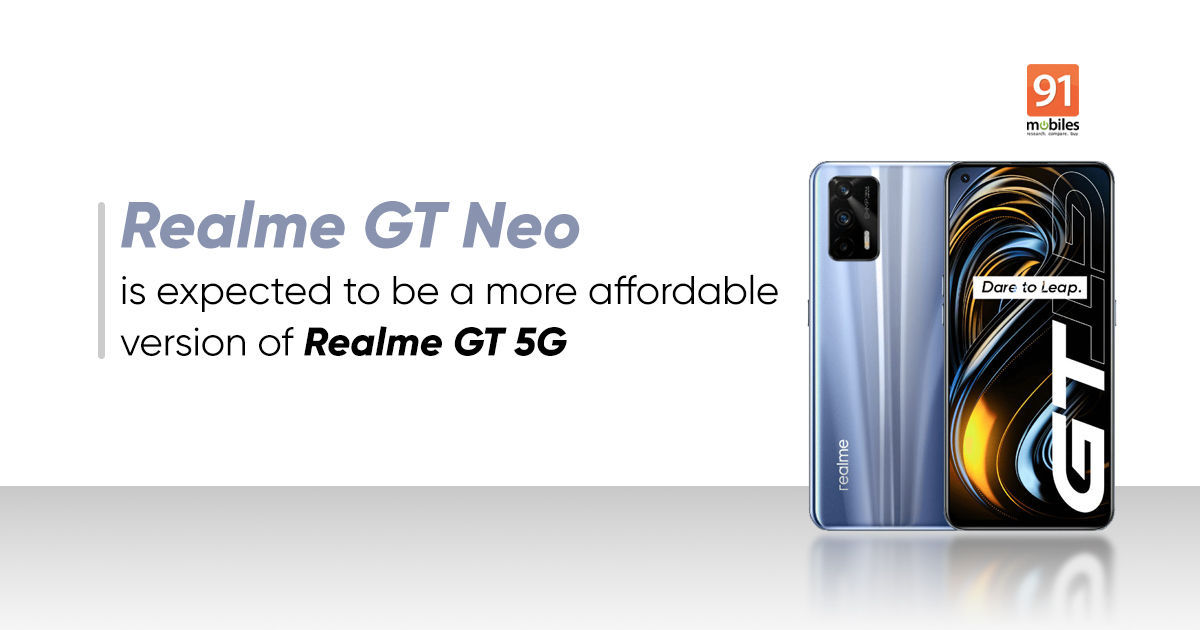 Realme GT Neo is set to launch on March 31st in China and will come as an offshoot of the original Realme GT that launched earlier this month. A few days ago, Realme India CEO Madhav Sheth teased the launch of a MediaTek Dimesnity 1200-powered phone in India. The Realme GT Neo is confirmed to launch with this chipset. Now, a mysterious Realme phone with the model number RMX3031 has been registered in the Indian IMEI database as spotted by Mukul Sharma, suggesting its imminent launch. The RMX3031 is believed to be the Realme GT Neo. The listing, however, doesn’t reveal much else about the phone at the moment.

Also read: Realme GT India launch could be around the corner. Here’s proof

Realme RMX3031, which is supposed to be the Realme GT Neo (running on Dimensity 1200 processor) has now been registered in the Indian IMEI database as well. Launch imminent.#Realme #RealmeGTNeo pic.twitter.com/1PYRoy9jtF

The Realme GT Neo is expected to come with a 6.55-inch display with a punch-hole cutout on the top-left corner for the selfie snapper. This could be the first Realme phone to have curved edges, giving it an elegant look. While the listing doesn’t specify, it may have an AMOLED screen, a high refresh-rate panel, and an in-display fingerprint sensor for security. It is likely to run Android 11-based Realme UI 2.0 custom skin on top. Connectivity features could include 5G, 4G LTE, Bluetooth 5.1, dual-band Wi-Fi, GPS, and USB Type-C port for charging and data transfers.

Realme GT Neo will have a triple-camera setup at the back but the sensor details are unknown at the moment. The phone may back a 4,400mAh battery with 65W fast-charging support. Realme GT Neo is confirmed to be powered by the MediaTek Dimensity 1200 SoC. That’s pretty much everything we know about the Realme GT Neo at the moment but since the launch is just a few days away, we should learn more details