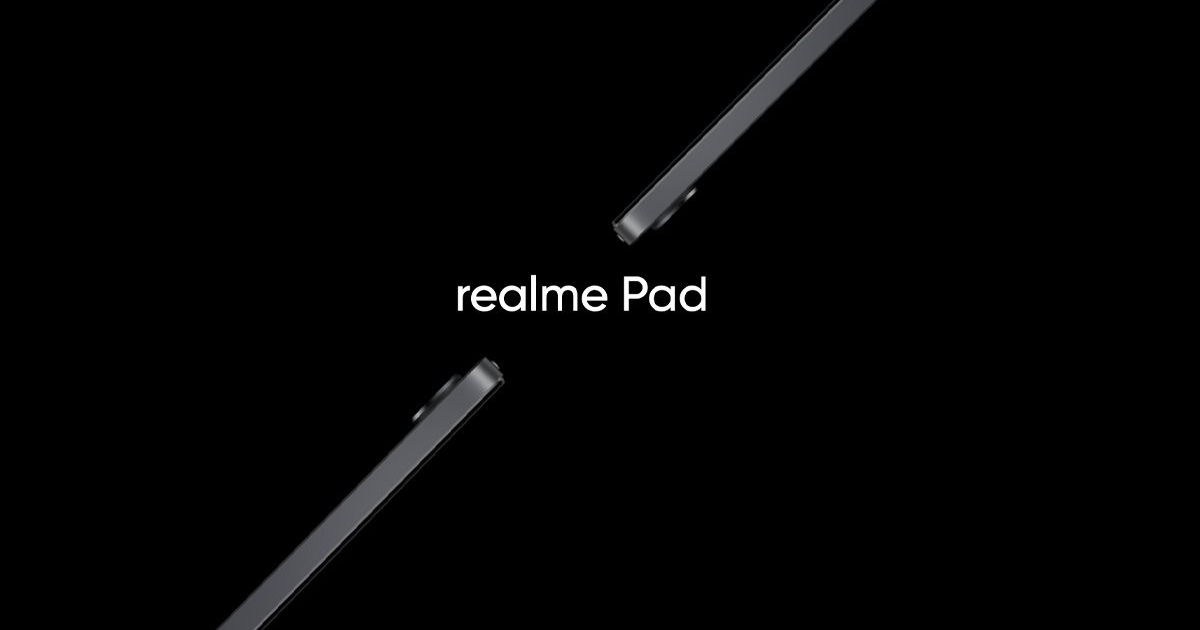 Realme Pad was confirmed at the Realme GT global launch back in June. The company said the tablet is currently in development and will launch very soon. Now, the alleged Realme Pad live hands-on images have surfaced in the wild. Since the tablet is still a work in progress, there are a few labels and stickers on it suggesting internal testing and we don’t really see the Realme logo anywhere just yet. Also, the images appear to have been clicked from a distance hence they aren’t the clearest we’ve come across. However, the design seems to match with the teasers the company had shown off last month.

Realme Pad alleged in-hand images have appeared in the wild and probably a company’s executive seems to be testing its camera capabilities. We get to see the front and back of the device but as said they aren’t the most detailed shots. The Realme tablet looks to be made from aluminium or metal alloy and has a single camera on the back, placed in a protruding module. The tablet has a square design, similar to the Apple iPad Pro models.

Moving to the front, the Realme Pad has sizeable top and bottom bezels. However, it’s possible that this may not be the final design as bezels are not very modern. Unfortunately, that’s pretty much everything we know about the Realme tablet at the moment but we can speculate it may be a mid-range tablet that might come with Android 11 OS, 4G LTE connectivity, at least 64GB storage, and a large display. Unfortunately, that’s pretty everything we so far know about the Realme Pad but since we’re starting to come across leaks, we can expect more details soon.