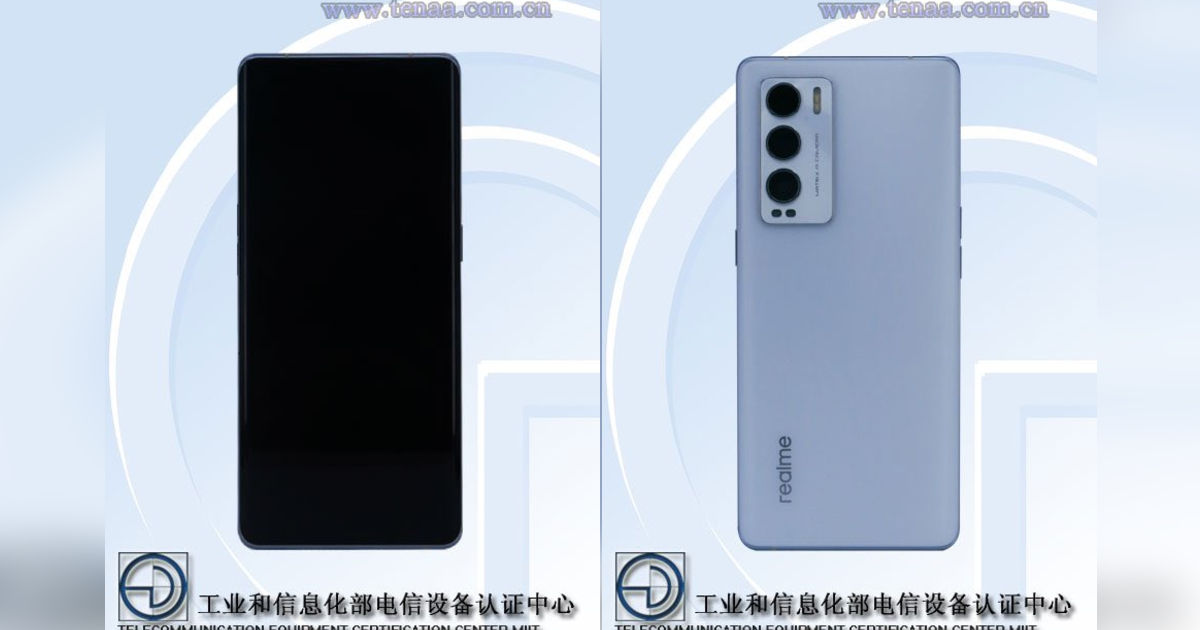 Realme RMX3366 smartphone had received the TENAA certification earlier this week. At the time, the website only revealed key specifications, including a 6.55-inch display and Android 11 software. Speculations are rife the handset could be the Realme RMX3366 is the rumoured Realme X9. Now, the TENAA listing has been updated with images to reveal the design of the phone. The Realme X9 series will succeed the Realme X7 series and is expected to launch in India. Additionally, the Realme X9 price was also tipped earlier this month.

Realme RMX3366 aka Realme X9 will come with a design that resembles the OPPO Reno 5 series. The display is curved on the sides to give it a premium look. The rear panel houses three large camera sensors coupled with LED flash and what looks like laser autofocus. There’s the Realme branding on the bottom. The volume rocker is on the left and the power button is placed on the left spine. Since the front display portion is dark, it’s hard to make out whether it has a punch-hole cutout or a waterdrop notch. The phone seems to be available in Silver colour option. According to the TENAA listing, the Realme X9 is said to sport a 6.55-inch display, probably FHD+ resolution. It is said to run Android 11 OS and pack a 2,200mAh battery, which could be a single cell unit for a combined capacity of 4,400mAh unit. The phone will measure 159.9 X 72.5 X 8mm. According to earlier leaks, the phone is said to be powered by the Qualcomm Snapdragon 778G SoC, meaning it will have 5G connectivity. The phone will ship with an OLED display and have fast-charging support. Unfortunately, that’s pretty much everything we so far know about the phone at the moment.

While we wait for Realme X9 to launch, you can check out more news about the other upcoming smartphones as well as popular product recommendations on our Facebook, Twitter, and Instagram pages and head to our YouTube channel for the latest videos.