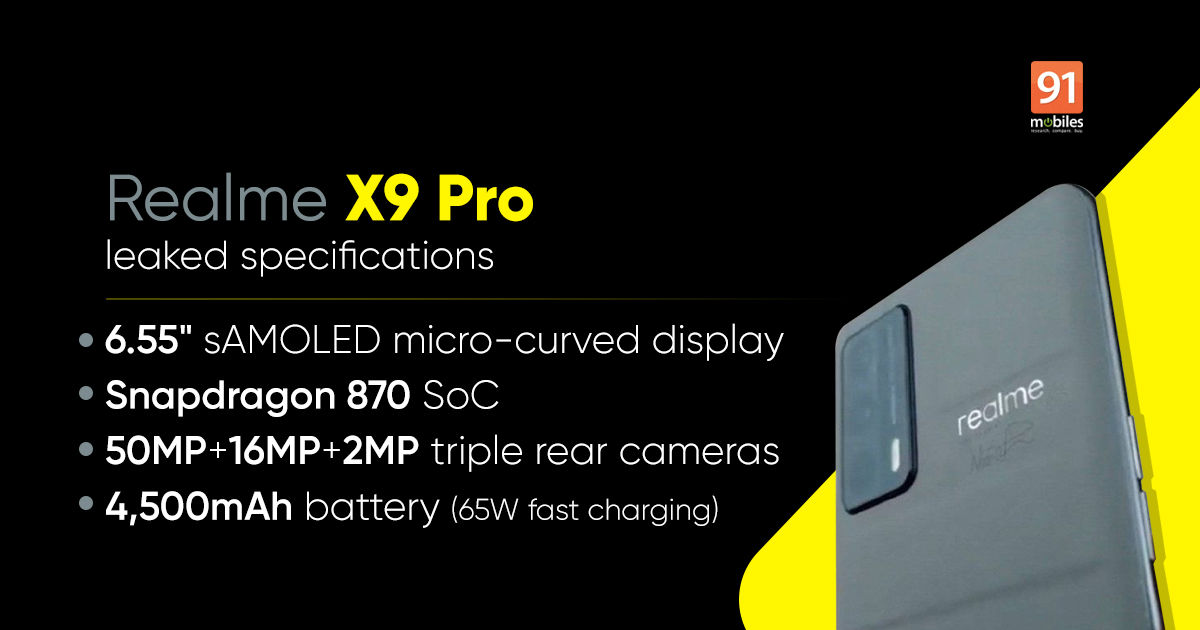 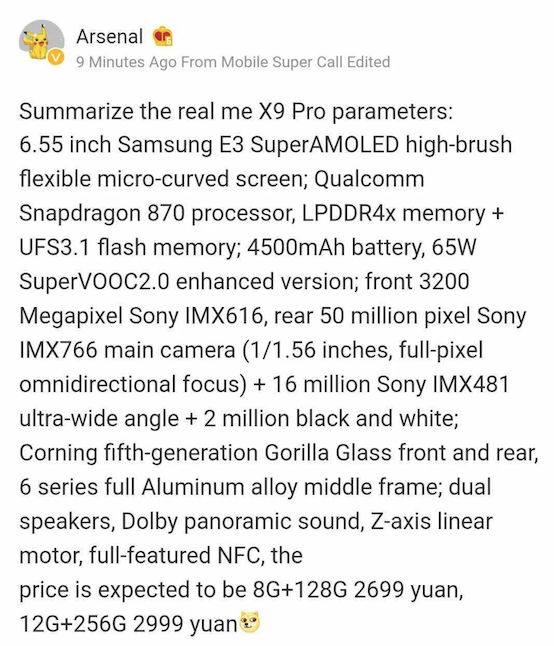 The Realme X9 Pro will feature a 6.55-inch Samsung E3 Super AMOLED display with a micro-curved screen, as per the tipster (via MySmartPrice). The phone will be powered by the Qualcomm Snapdragon 870 chipset, which is the second time we are hearing this. The chipset will be paired with LPDDR4x RAM and UFS 3.1 storage. The Realme X9 Pro will pack a 4,500mAh battery and 65W fast charging support.

Coming to the camera, the Realme X9 Pro is tipped to come with a triple rear camera system that includes a 50MP Sony IMX766 primary sensor, a 16MP ultra-wide lens, and a 2MP B&W sensor. The front camera will be a 32MP sensor for selfies. Other features include Gorilla Glass 5 on the front and back, 6 series aluminum frame, dual speakers, Dolby sound, Z-axis linear speaker, and NFC, among other things.

While you wait for the Realme X9 series, you can check out more news about the other upcoming smartphones as well as popular product recommendations on our Facebook, Twitter, and Instagram pages and head to our YouTube channel for the latest videos.