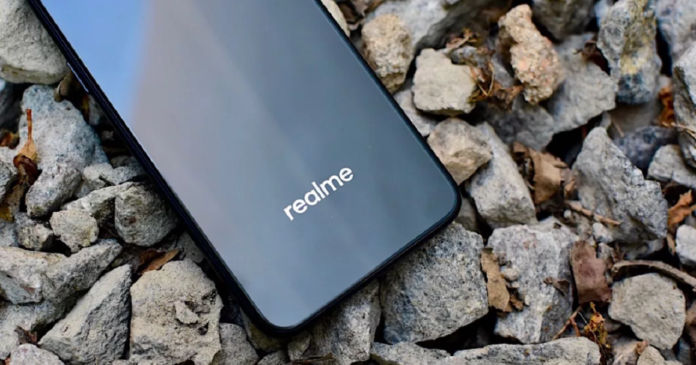 Since its debut last year, Realme has made a mark in India’s budget smartphone market. So far, the brand has released a number of pocket-friendly handsets and is planning to launch the Realme 3 in the near future. All of the company’s phones are currently powered by ColorOS, OPPO’s customised version of Android. However, it appears that Realme is planning to replace ColorOS with RealmeOS later this year. 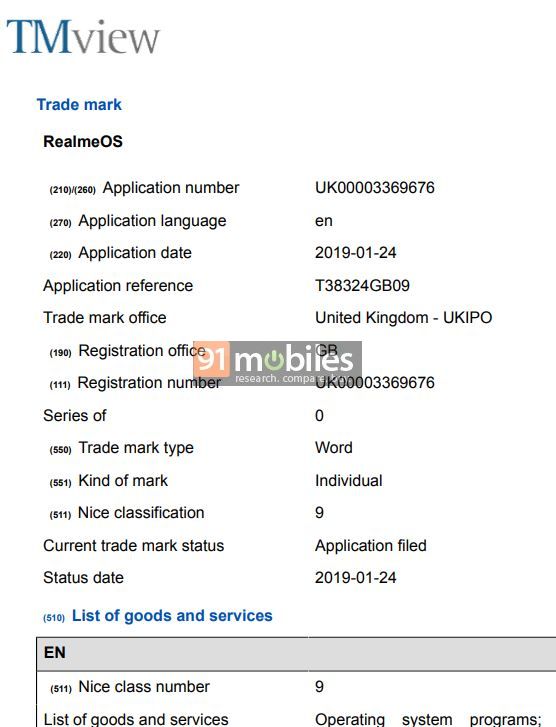 Just a couple of days ago, Realme filed a trademark for “RealmeOS” with the office of UKIPO (United Kingdom Intellectual Property Office). The nice class number “9” and the description of the filing suggests that it could be used for OS programs, software to maintain and operate computer systems, and downloadable apps for mobile devices, among others. This clearly suggests that RealmeOS will replace ColorOS as the default Android skin on Realme phones.

UKIPO hasn’t yet approved the RealmeOS trademark, so it’s unlikely that the brand’s upcoming Realme 3 smartphone will arrive with the new OS. Notably, the trademark filing has appeared soon after reports regarding Realme considering to launch its own app store. This will be an alternative to the Google Play Store for Realme users to download apps and games on their devices. 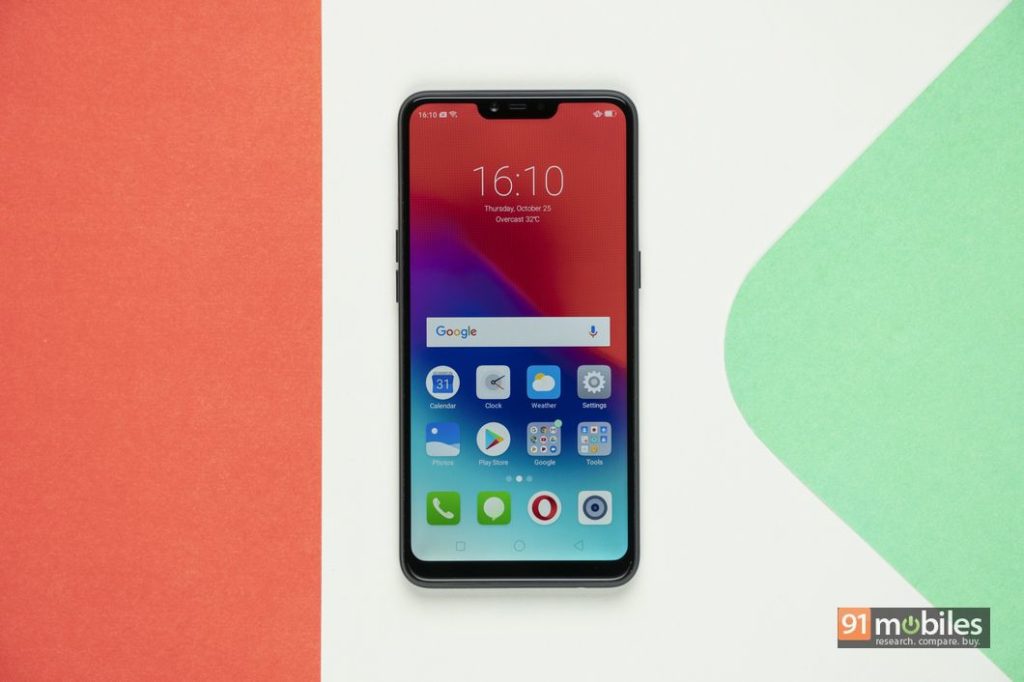 In related news, today, Realme upgraded the entry-level Realme C1 smartphone to offer more RAM and storage. Now the phone is also available in 2GB + 32GB and 3GB + 32GB variants in the country. The former is priced at Rs 7,499, while the latter is being offered for Rs 8,499.