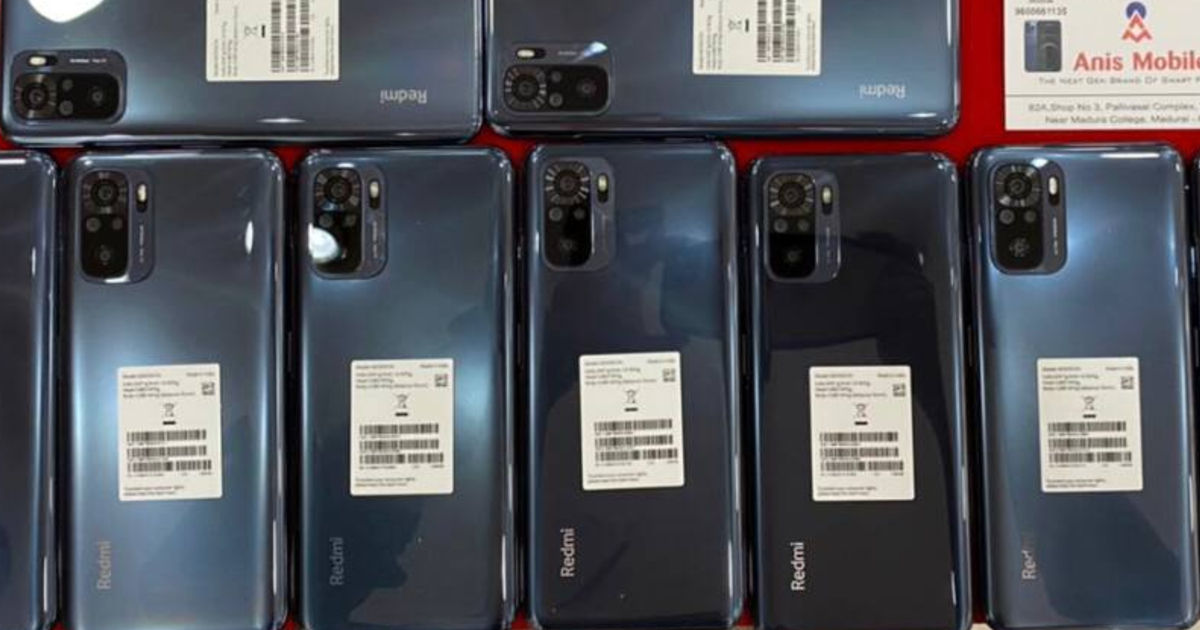 Redmi Note 10 series India launch is set for March 4th and the lineup is expected to include as many as three models. A recent leak has revealed the retail box of the vanilla Redmi Note 10 along with some key specifications such as an FHD+ AMOLED display, 48MP, and quad cameras. Now, ahead of the launch, Redmi Note 10 is reportedly already on sale via an offline store. Going into details, Twitter user Geekytamizha claims the handset is being sold at the ‘Anis Mobiles store’ in Madurai, Tamil Nadu. Interestingly, the Instagram handle of the store had also posted a hands-on video of the phone, showing the entire design in full glory. The video has now been deleted.

Redmi Note 10 price in India is quoted at Rs 17,000 by the retailer but we doubt that would be the official price since it is a grey market unit. it’s worth noting the device is apparently being sold without a retail box, meaning these units might not be covered under warranty.

Here is the video: pic.twitter.com/pIXbAYLXbr

The Instagram video shows the Redmi Note 10 in a grey colour but there will be Black and Green colour options as well. The phone has a centre-positioned punch-hole cutout for the selfie camera and narrow bezels. The USB Type-C port, 3.5mm headphone jack, speaker grille, and a microphone. While the top houses another speaker grille and what looks like an IR Blaster. The volume rocker and power button — probably embedded with a fingerprint sensor are present on the right spine. The SIM tray is on the left. On the back, you find the quad-camera setup and LED flash in a square module and Redmi logo. The back panels seem to be made of glass but we will have to see if it’s indeed glass or polycarbonate body.

The ‘About Phone’ section shows the Redmi Note 10 will run Android 11-based MIUI 12 custom skin out of the box and have a 128GB storage option. The mention of an always-on display in the settings menu reiterates that Redmi Note 10 will indeed arrive with an AMOLED display. Unfortunately, the video hasn’t revealed the hardware specifications of the phone just yet but we know it will be powered by Snapdragon 700 series chipset.

Redmi Note 10 goes on sale today: price in India, specifications, and where to buy