Home News This Redmi phone has a better camera than iPhone SE and XR,...
Highlights 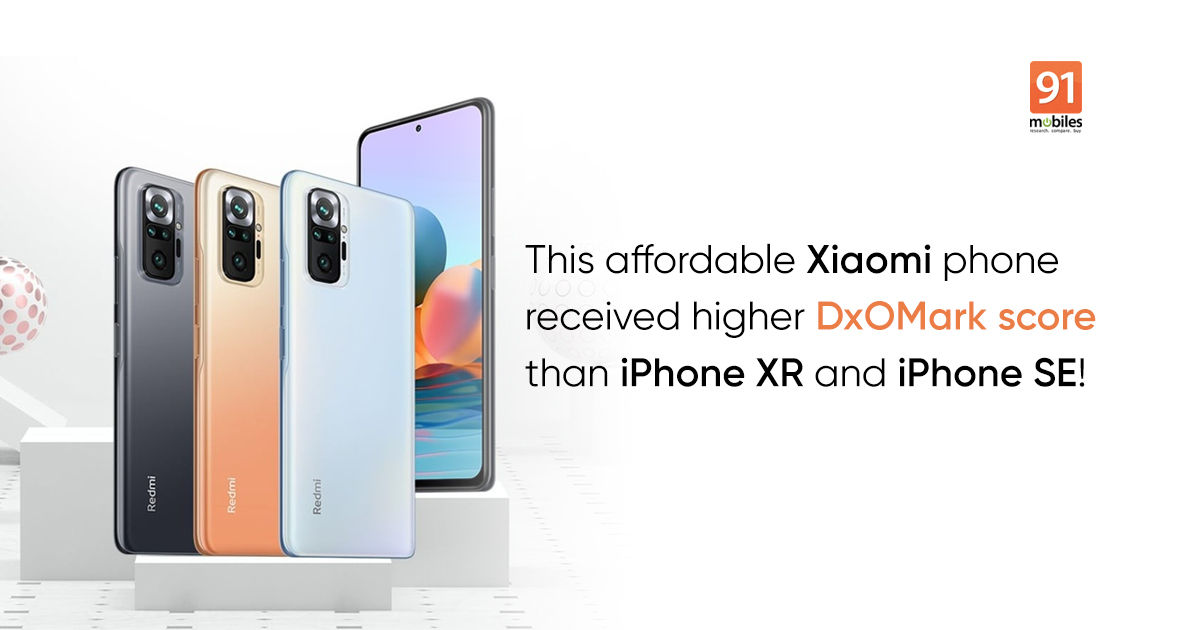 DxOMark used the global variant of the Redmi Note 10 Pro for the tests, which comes with a 108MP quad rear camera setup. On the other hand, the iPhone SE 2020 only comes with a single 12MP rear camera. The Redmi Note 10 Pro has a huge advantage in terms of hardware, but when it comes to smartphones, it’s the software and camera algorithms that matter eventually. In the photo tests, the Note 10 Pro phone scored 111 points, whereas the iPhone SE managed to get 108 points, which admirable for a single camera system.

In the camera zoom tests, the Redmi Note 10 Pro scored 52 points, and the iPhone SE scored 23 points. However, in the video tests, the iPhone took the win with 105 points, compared to the 95 points scored by the Note 10 Pro. The website states that the main 108MP camera on the Redmi device can capture pleasing images when there’s sufficient light.

As mentioned earlier, these DxOMark numbers don’t really mean a lot when it comes to actual performance. The iPhone SE 2020 with its single 12MP camera can offer good photo and video performance. However, the Redmi Note 10 Pro is cheaper than the iPhone SE globally. The Xiaomi device is priced at $279 (around Rs 20,000), whereas the iPhone SE starts at $399 (approx Rs 29,000). If you bring the Redmi Note 10 Pro Max into the picture, then the price difference is even bigger as it is priced at Rs 18,999 in India. Thus, it’s nice to see that you get better camera performance, in numbers, when compared to the iPhone SE 2020.