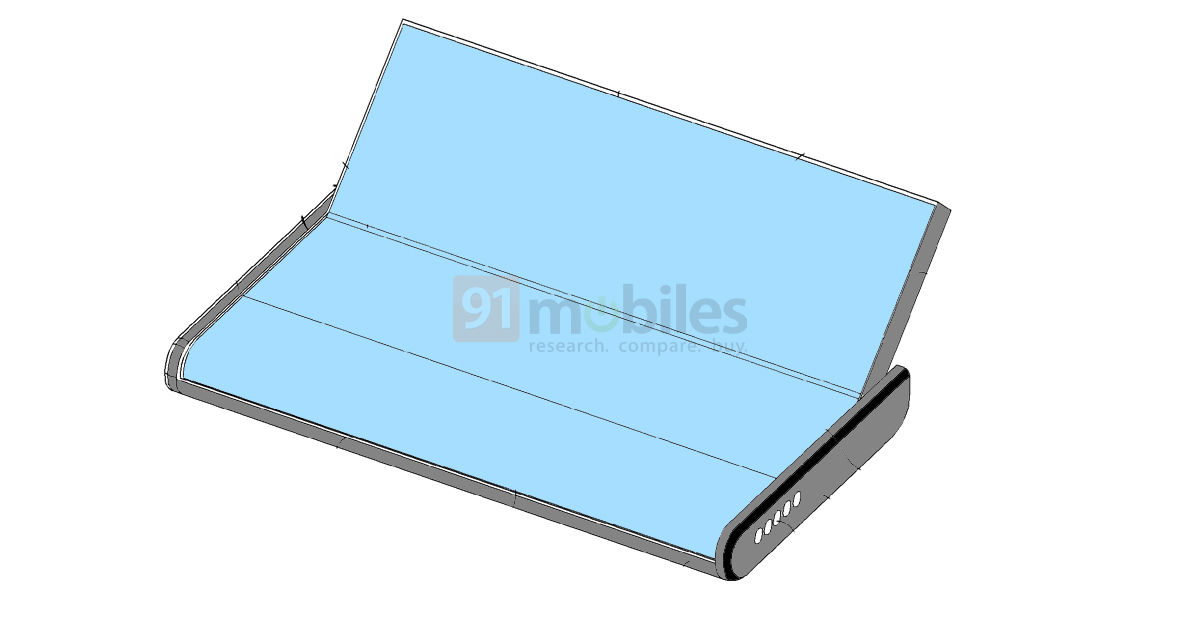 Samsung could be working on a brand new foldable phone, according to a patent filed at WIPO (World Intellectual Property Organisation). The patent was filed back in June this year and was published on December 16th, as discovered by 91mobiles. The patent description reads that it is an “electronic device capable of folding and sliding operations.” The accompanying images show that the phone in question is not only folds on one side but also capable of sliding out, probably when triggering specific kinds of actions. This should give the phone a wider screen real-estate for content consumption, gaming and much more.

Samsung is not new to the foldable segment but bundling it with a rollable screen is something new and isn’t seen on any smartphone. The handset’s rollable screen expands in/out whenever required and is probably dependant on the task on the hand. The handset folds in half even when the rollable screen is not out and when it’s expanded fully, the screen real-estate is quite big (it obviously folds in half). The phone will house a hinge mechanism and a motor for it to fold and push out a rollable screen. Unfortunately, not much else is known about the phone at the moment since it’s still in the patent stage.

Separately, Samsung is working on the Galaxy A53, which is a successor to the Galaxy A52. There are speculations it will be available only in the 5G model. The company had recently started mass production of the phone at the company’s Greater Noida facility in the country. The handset has appeared on the Geekbench platform with the model number SM-A536U. It has managed to score 686 points in the single-core tests and 1874 points in multi-core tests. The phone runs on Android 12 and packs 6GB of RAM but there could be other options at launch.