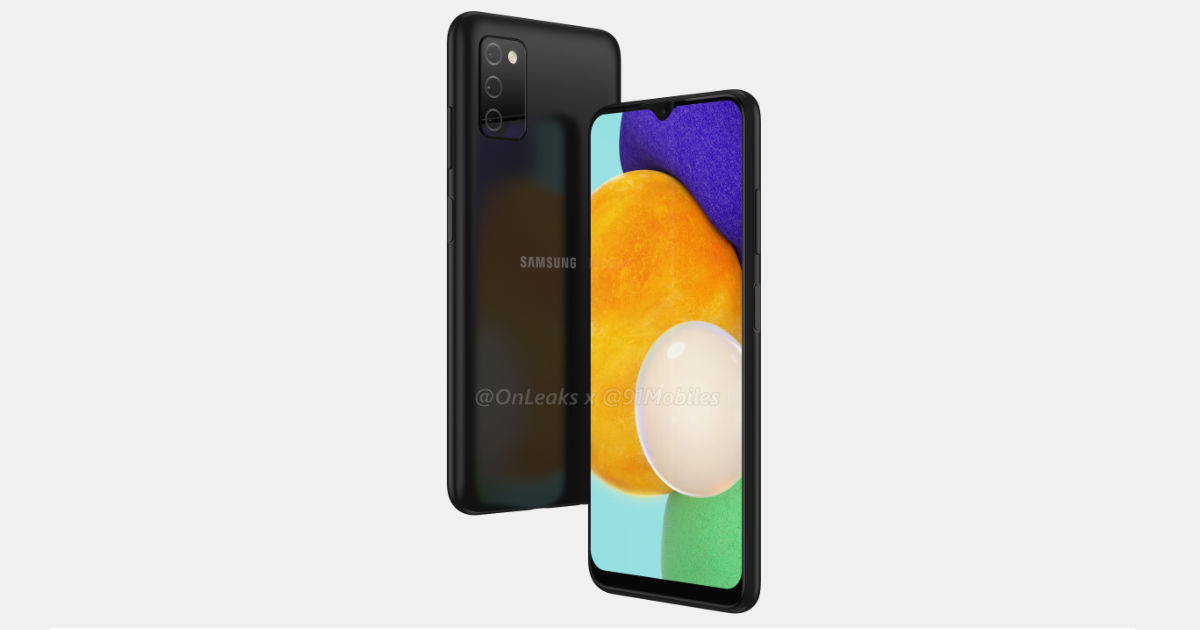 Samsung Galaxy A03s price in India remains under the wraps, but we can tell you how much it’s going to cost in Europe. Tipster Sudhanshu has exclusively shared with 91mobiles that the upcoming Galaxy A-series phone will be priced in Europe at EUR 150 (~Rs 13,100) for the 3GB RAM + 32GB storage option. There could be other RAM and storage variants of the phone as well. Additionally, the tipster added that the Samsung Galaxy A03s will arrive in three colour options: Blue, Black, and White. That’s all the information we can divulge right now.

Samsung Galaxy A03s is expected to be an affordable offering with a 6.5-inch Infinity-V display, most likely with HD resolution and standard 60Hz refresh rate. While there is no word on the phone’s chipset at the moment, it’s said to feature a triple camera system with a 13MP primary rear camera accompanied by two 2MP sensors. At the front, the phone could get a 5MP camera for selfies and video calls.

The phone is likely to look similar to the Galaxy A02s smartphone from last year. As reported by 91mobiles previously, the Samsung Galaxy A03s will sport a rectangular camera module at the back, a Type-C port for charging, a dedicated 3.5mm headphone jack, and a side-mounted fingerprint sensor. The handset will measure 166.6mm x 75.9mm x 9.1mm.