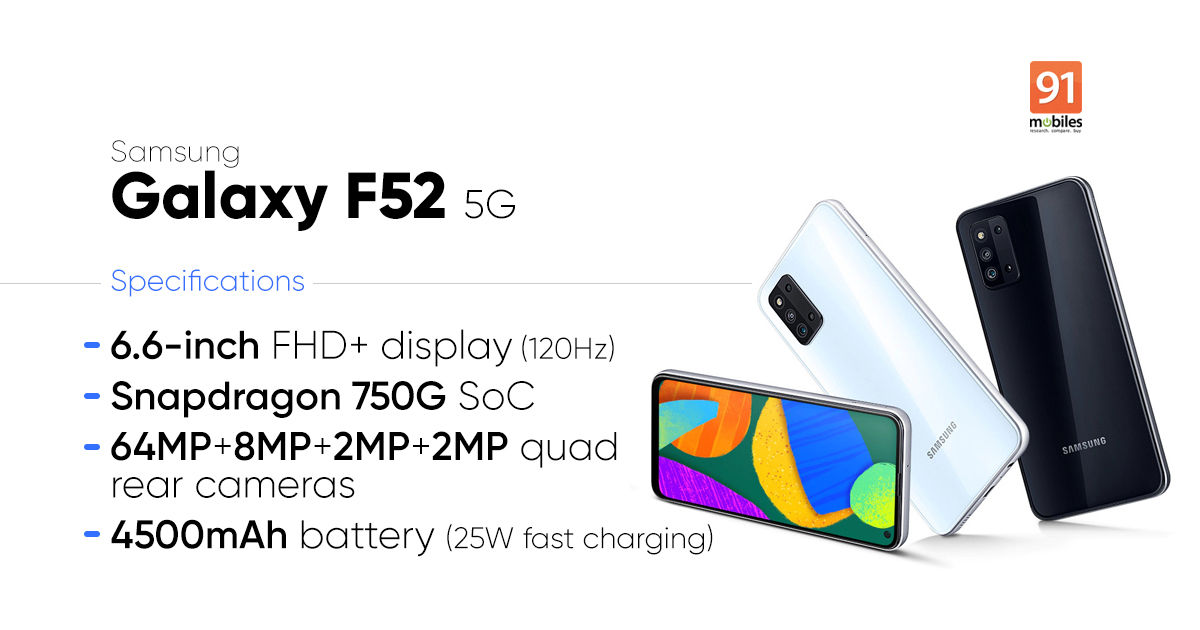 Samsung Galaxy F52 5G price is set at CNY 1,999 (approx Rs 22,700) for the sole version with 8GB RAM and 128GB internal storage. The handset comes in Dusky Black and Magic White colour options and it is up for pre-order in China starting today.

Samsung Galaxy F52 5G features a 6.6-inch FHD+ (1080×2408) TFT display with a 120Hz refresh rate. The device is powered by the 2.2GHz Qualcomm Snapdragon 750G chipset paired with 8GB RAM and 128GB internal storage. The handset supports storage expandability via a microSD card (up to 1TB).

The latest Galaxy F-series device likely runs on Android 11 with One UI 3.1 on top. The quad-camera system on the back includes a 64MP primary sensor, an 8MP wide-angle lens, and two 2MP sensors. At the front, the phone gets a 16MP camera for selfies. The Samsung Galaxy F52 5G packs a 4,500mAh battery and supports 25W fast charging. Other features include Bluetooth 5.0, a 3.5mm headphone jack, and a USB Type-C port, among others.