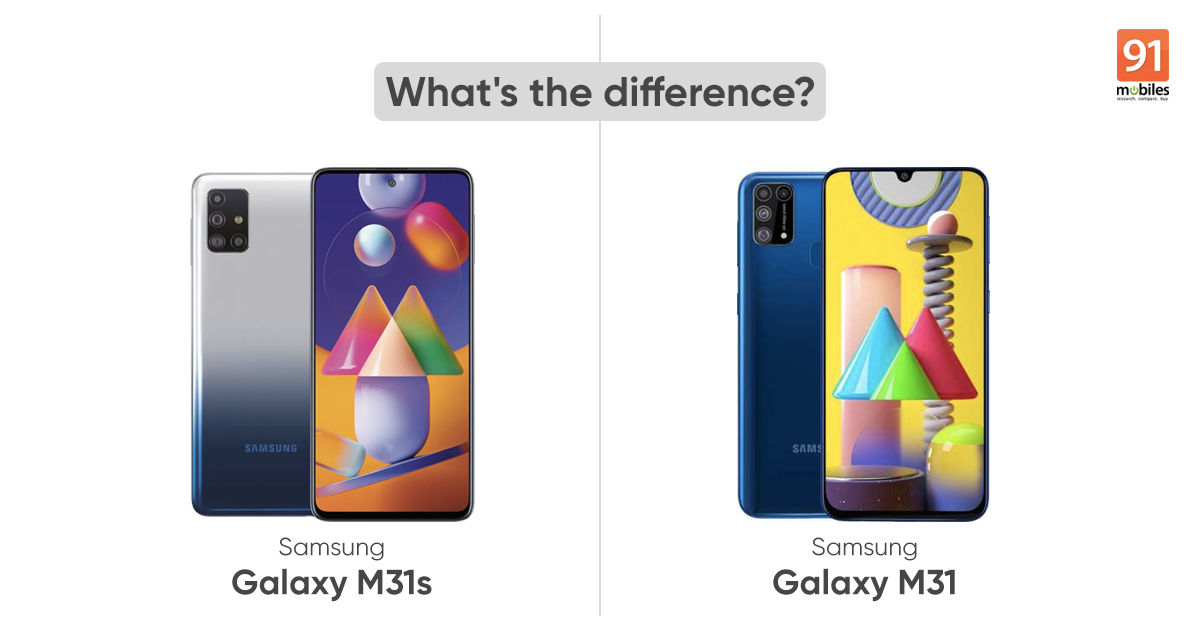 Samsung Galaxy M31s has been launched in India as an upgraded version of the Galaxy M31 from earlier this year. The Galaxy M31s comes with a host of new features while some specifications remain similar to its predecessor. Those eager to buy the Samsung Galaxy M31s will undoubtedly be curious on whether the phone is a major upgrade over the Galaxy M31 or not. So, here’s a quick look at how similar and different the two phones are from each other.

The Samsung Galaxy M31s comes with similar 64MP quad-camera setup as the Galaxy M31, but the sensors used are slightly different. The new Galaxy M31s uses the Sony IMX682 sensor and comes with what the company calls “Intelli-Cam” features. Intelli-Cam offers smart features like Single Take which allow you capture multiple photos and videos with just one tap and Smart Wide Selfie that automatically detects if there are multiple people in the frame and switches to the wide-angle selfie mode. The regular Galaxy M31 does not come with Intelli-Cam features.

What hasn’t changed between the Samsung Galaxy M31s and Galaxy M31 is the chipset. The new model uses the same Exynos 9611 processor as its predecessor. This is paired with up to 8GB RAM and 128GB internal storage. Performance-wise, you’re likely to get similar results from both the phones. The Exynos 9611 is a capable chipset that is able to run graphically intensive games like PUBG on high graphics and frame-rate settings by default.

How are the Samsung Galaxy M31s and Galaxy M31 priced?

The Samsung Galaxy M31s price in India starts at Rs 19,499 for the variant with 6GB RAM and 128GB internal storage. The 8GB + 128GB model is priced at Rs 21,499. The smartphone comes in Mirage Blue and Mirage Black colours and will go on sale on August 6th.

Samsung Galaxy A33 5G is the most feature-loaded phone you can buy under Rs 30,000 right now