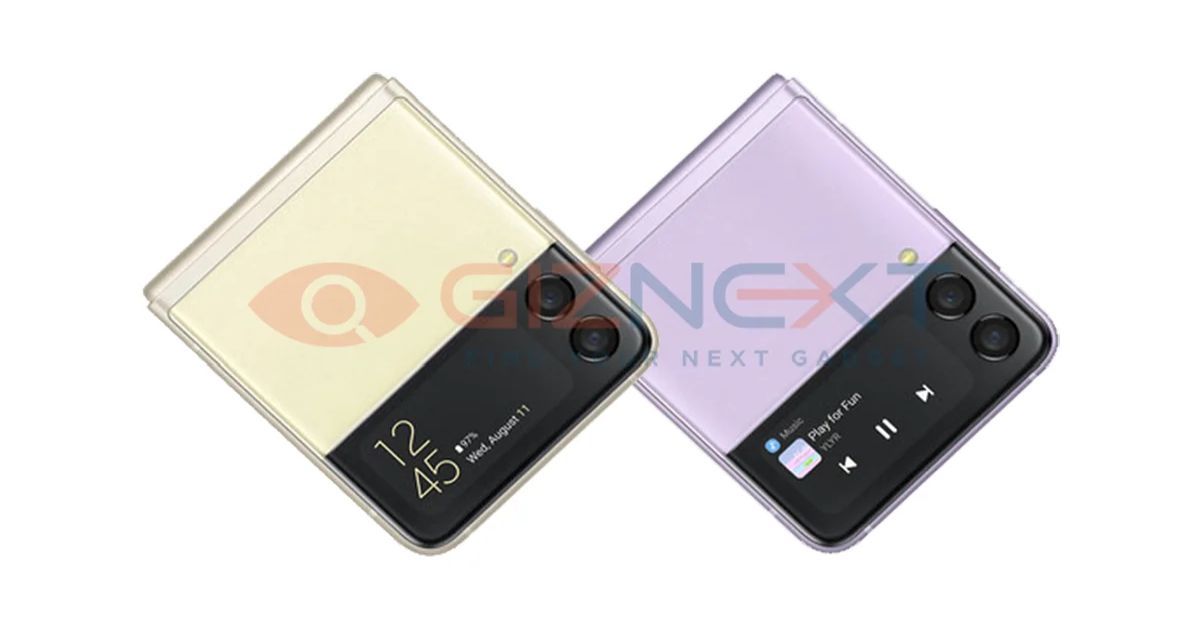 It seems that the Samsung Galaxy Z Flip 3 will retain its predecessor’s 6.7-inch FHD+ foldable AMOLED screen. The exterior screen is also bigger, measuring 1.9-inches this time instead of the original’s 1.1-inch. The renders show that the dual-camera setup for the exterior cameras is here to stay, but there is a change in orientation from horizontal to vertical; however, we don’t know the type and resolution of either sensor just yet. A bigger battery is also expected on the smartphone.

Everything else seems to be identical, for the most part, including the placement of the power button, volume rocker and fingerprint sensor. Under the hood, the Galaxy Z Flip 3 will pack a Qualcomm Snapdragon 888 SoC, with up to 8GB of RAM and 128GB of storage.

The Samsung Galaxy Z Flip 3 price is said to be US$1,400 (approx Rs 1,04,000). It isn’t cheap by any means, but you get a neat foldable device for your money. It is expected to be available in a host of colours, including Dark Green, Light Purple, Beige, Grey, Black, Pink, Dark Blue, and White.