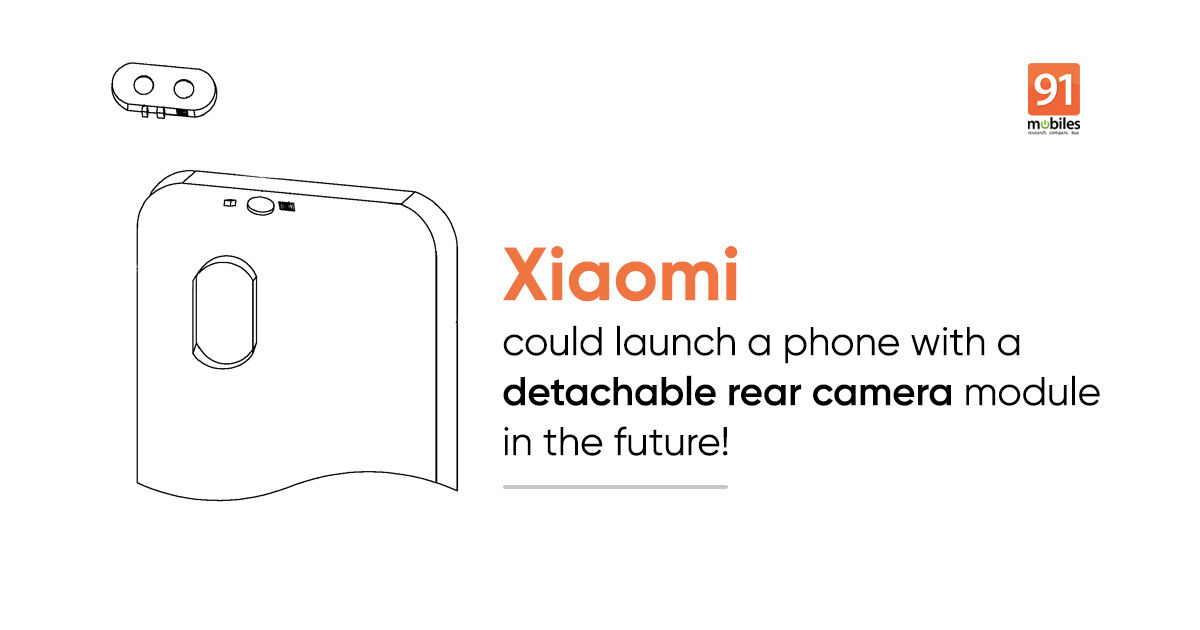 Xiaomi seems to be working on something very unique in achieving a full-screen display with no notch, cutouts, or slider mechanisms for the front camera. According to a new patent filed at the World Intellectual Property Organisation and discovered by 91mobiles, Xiaomi could be working on a phone with a detachable rear camera. The patent images show the rear camera module with multiple lenses that can be removed from and assembled on the top to use it as a front camera. It uses magnetic suspension for attaching. However, the exact mechanism behind the design isn’t clear but will likely include magnets, a receiver, a wireless transmission module, among others, as per the patent. Going by the design patent, Xiaomi believes that this modular implementation can finally achieve a notch-less display and without compromising on the immersiveness, which seems to be the case with under-display cameras. This design makes us wonder about the phone’s water and dust resistance. Separately, there’s also an image of a circular camera module in the patent description, which could be suggesting that a camera module of any size/shape can be detached from the back and attached somewhere else. Unfortunately, there’s no way to tell whether Xiaomi intends to actually implement the design and launch a commercial phone like this, but for now, the idea seems interesting if implemented correctly.

Separately, Xiaomi is said to be working on a foldable smartphone and the design is very close to the Samsung Galaxy Z Fold series. The phone had recently surfaced on Weibo with a sizeable display crease running through the middle. While it’s impossible to tell the hardware of the phone through leaked images, the Xiaomi foldable seems to be running on MIUI 12 and has a 256GB storage option. Interestingly, the display doesn’t have a cutout for the selfie camera. The heavy outer shell indicated it could be a prototype as well. While that’s pretty much everything about the leaked foldable phone, a separate patent suggests the brand is also working on Huawei Mate X-like foldable phone.